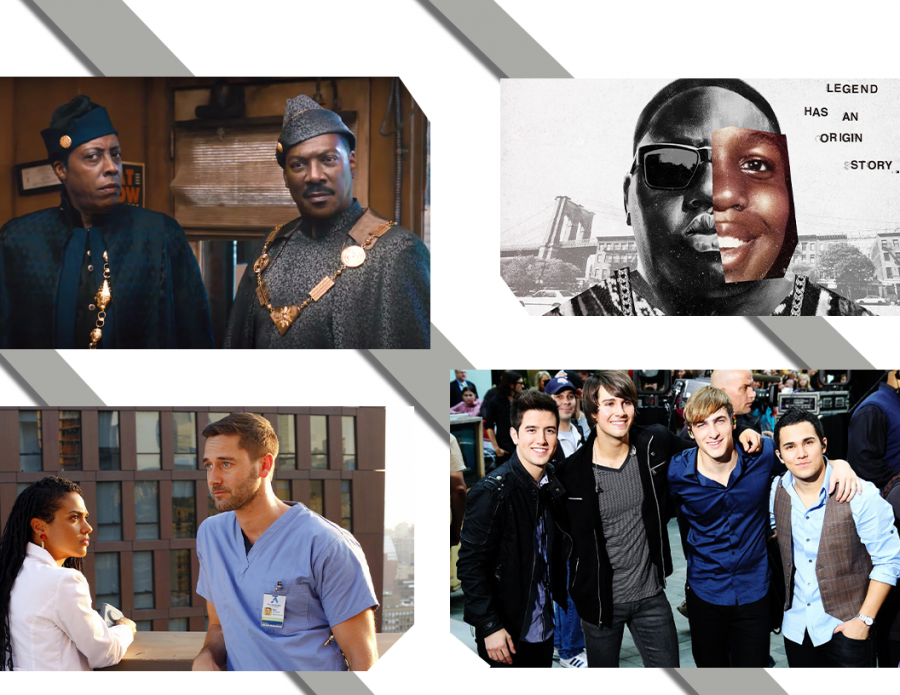 Heading into the end of the first quarter of the year, several sites are bringing movies and shows delayed by the pandemic. Netflix is bringing back childhood favorites and CBS All Access is transitioning into the new Paramount+ on March 4. The month seems to be rearing up to have some good additions in the mix.

After the end of Black History Month, Netflix will release a documentary on one of the most influential rappers to ever exist. The Notorious B.I.G.—often known by Biggie, Big Poppa, Biggie Smalls and several other nicknames—hailed from Brooklyn, New York and rose into fame at a young age before his sudden and unsolved death at 24. The documentary dives into his life as the child of Jamaican immigrants, rise to fame and early days of his career. People in the documentary include rapper P. Diddy, his mother Voletta Wallace and others.

The Netflix Original Film follows the tale of a young Indian dancer, Kamala, escaping an arranged marriage. The 2019 animated short is originally based on Gitanjali Rao’s animated short “TrueLoveStory,” which premiered at the International Critics Week at the Venice Film Festival and was originally planned to be released in December 2020.

Former First Lady Michelle Obama hosts a new kids series all about healthy eating. “If you want to be great chefs, you have to learn about all different kinds of foods,” Obama said in the trailer. The show follows puppets Waffles and Mochi as they travel the world to learn about different foods from different countries. Some special guests include pop singer Sia, Jack Black (“School of Rock”), Rashida Jones (“Parks & Recreation”), Gaten Matarazzo (“Stranger Things”) and others.

Uh-uh-uh-ohhhhhh. The semester has been picking up and you’re almost halfway there and now you have four big time reasons, or should I say seasons, to celebrate. The big time show that debuted in 2009 will be available for rewatch and sing along (let’s not act like we forgot the lyrics to Boyfriend) on March 26. Although the release in the states isn’t worldwide, I know I can count on you to spend some time binging this show.

Face it—yes, pun intended—Facebook is the biggest social media to exist and the story behind it is hitting Hulu. The film follows 19 year old Mark Zuckerberg, played by Jesse Eisenberg, at Harvard University as he develops the site. Along the way he meets several people that make the process even harder and harder. Plus some are played by your favorite actors: Justin Timberlake (“Mickey Mouse Club” and pop career), Brenda Song (“The Suite Life of Zack & Cody”), and Rashida Jones (“Parks & Recreation”).

Sad that Grey’s Anatomy has been over for almost a year now? Need a new medical comfort show to watch? New Amsterdam’s third season officially starts on Tuesday, March 2, on NBC and drops the next day on Hulu. The show follows Dr. Max Goodwin (Ryan Eggold) as he reforms one of the oldest hospitals in America.

Due to social distancing, a lot of people haven’t been able to meet and resorted to online communication. That’s some of the cases for this season’s Catfishes. Half of the eighth season of the mystery dating show follows an entirely online search full of Zoom calls, text messages and a new cohost,Kamie Crawford, after the departure of former host Max Joseph.

The totally tubular and radical movie series that incorrectly predicted our present is a timeless classic. Even if you haven’t seen them, you’ve seen the impact they’ve had in pop culture inspiring buddy shows and movies like Rick & Morty and hoverboards. So grab your Delorean—I mean, Amazon Prime account and watch this series for the first time or the 50th.

Just in time for Women’s History Month, go back in time with the documentary covering two of the biggest feminists in American history. The Ken Burns documentary, which was released in 1999, details the women’s suffrage movement and moments like the Seneca Falls Convention, the abolitionist movement and several other key moments in the 19th century.

The long-awaited sequel to the 1988 Black classic Coming to America is officially hitting digital screens. The film was originally slated for theatrical release on August 7, 2020 yet was moved back continuously due to COVID-19. The sequel plans to follow Prince Akeem (Eddie Murphy) as he awaits to be the king of Zamunda and to his surprise he has a son in America (Jermaine Fowler) and he treks back to the states to prepare him to be prince. The sequel includes the original stars like Arsenio Hall, Shari Headley and James Earl Jones, and it also introduces new stars such as Leslie Jones (“Saturday Night Live”), Teyana Taylor (R&B singer and model) and Tracy Morgan (“30 Rock”).