What’s coming to streaming in November 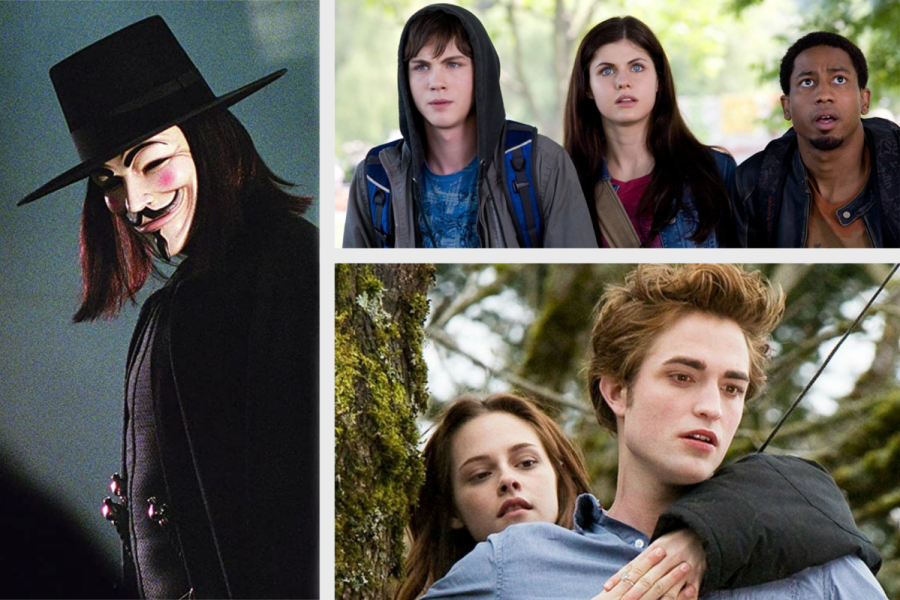 Netflix, Hulu and Amazon Prime bring a new wave of cinematic classics and new screen think pieces. Most theme on racial and gender injustice, and some political opinion. Isn’t it strange how our current world is reflected in our past cinema?

As we move closer to the holiday season, be prepared to see many more holiday additions. The 2018 film A Christmas Catch will be one of Netflix’s first holiday films to reach streaming. This tale serves as a Christmas caper and romantic comedy set during the jolly holiday.

One of FX’s most known shows, American Horror Story, drops its ninth season with a plot that pays homage to classic 80s scary movies. The anthology series, produced by Ryan Murphy and Brad Falchuck, is full of mullets, screams and plenty of overly-applied eyeliner as the main character, played by Emma Roberts, works at a summer camp and tries not to get caught by the killer: Mr. Jingles.

This movie, set in 2027, was far ahead of its times in the worst ways possible. V for Vendetta is full of political controversies, a viral pandemic and features imprisonment of religious, ethnic and sexual minority groups. The film stars freedom fighter Natalie Portman as her character fights for a national revolution. The film has even inspired anonymous political groups, like the masked Anonymous, who use the token masks to hide their identity(ies).

The interdimensional cartoon made its return to Hulu’s screens on Nov. 1. This season, which aired originally last November, follows the duo as they harvest crystals, raid an alien tomb and many other fun adventures. Watch to see what multi-billion dollar businessman makes a guest appearance this season.

Welcome to Camp Half-Blood—or at least the on-screen version. Most of us wanted to be a member of the camp, but alas we can only dream and live through the eyes of main character Percy Jackson (Logan Lerman) and his friends as they try to solve the mystery of who snatched the lightning bolt. Just don’t get caught in Las Vegas because as the saying goes: What happens in Vegas (with the company of lotus flowers and Lady Gaga music), stays in Vegas.

After the death of a Black youth, and subsequent cover-up, a Louisana Police Department is haunted by the spirit. Mary J. Blige and Nat Wolff (yes, the two people that had iconic music careers when we were children) are the main characters as they solve the mystery of the disappearing police officers. The movie, originally set to release in late 2019, was instead released this past May, which could be a timely call by Paramount Pictures.

Boyz n the Hood is the Black classic that helped launch acting careers for Ice Cube, Angela Bassett, Cuba Gooding Jr. and Morris Chestnut. The film plots the story of three boys in Inglewood, CA, and the influence of gangs on their life in the ‘80s and ’90s. After its release, it has been named one of the “50 Films you should see in your lifetime” for its cultural impact and portrayal of the Black and the urban experience.

It’s the tale we all loved to watch (or hate-watch) on repeat. The story of Bella and Edward’s unpredictable love and Jacob’s even more unpredictable wig. This film—dare I say classic—left an impact on all of us during our middle school to late high school development as it inspired our t-shirts, our hairstyles, and even our love for baseball. Watch the tale all over again—or, for me, the first time—and reminisce on our much simpler and dreary past.

Did you watch the music video for “positions” by Ariana Grande? What about her “thank u, next” music video? Or are you just simply in the mood to watch women in power of our country? All are great reasons to watch Reese Witherspoon reprise her role as Elle Woods. In the sequel, Woods works alongside fictional Congresswoman Victoria Rudd (Sally Field) to pass legislation while facing sexism and prejudices based on her gender.