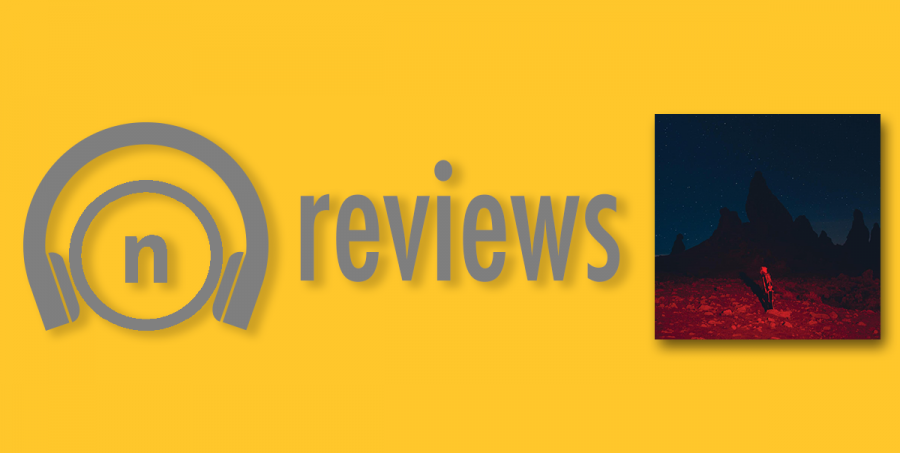 “I’m not pushing the record until things go back to ‘normal’ because I don’t think they should. Here it is a little early. Abolish the police. Hope you like it,” is how indie rock artist Phoebe Bridgers announced on twitter that her sophomore album “Punisher” would be releasing a day early.

The Los Angeles native gained popularity with her single “Motion Sickness” off her debut album “Stranger in the Alps,” one of her more rock-heavy about her emotionally abusive relationship with musician and music producer Ryan Adams.

Bridgers’ music is known for being casually melancholic with inspirations such as Elliott Smith and Conor Oberst—the latter she collaborated with in their band Better Oblivion Community Center. Her lyrics have a way of wrapping around the most bruised part of your heart and poking at the wound.

The album has ten tracks on it and every song is worth a listen—just be prepared to cry alone in your bedroom while staring at the ceiling.

Bridgers’ soft and almost whisper like the voice has an ability to camouflage her dark and sometimes twisted lyrics. In “Garden Song,” Bridgers sings, “Someday, I’m gonna live in your house up on the hill and when your skinhead neighbor goes missing I’ll plant a garden in the yard, then.”

The dreamy looping guitar and steady drum beat can make you glance over how Bridgers is singing about murdering her neighbor.

Like the garden growing where her possibly murdered neighbor is, this song is about choosing what you want to see. You can choose to see the beautiful garden or the darkness that allowed it to grow.

“It’s about all your good thoughts that you have becoming real, and all the shitty stuff that you think becoming real, too. If you’re afraid of something all the time, you’re going to look for proof that it happened,” Bridgers told Apple Music.

The deep voice of her 6’7 Dutch tour manager in the chorus can possibly represent these dark manifestations and fears.

One of the more uptempo songs on the album is “Kyoto,” a song about imposter syndrome and daddy issues backed by joyful trumpets and upbeat drums.

Bridgers wrote this song while on tour in Japan for the first time, something she said she feels like didn’t feel real, as she often dissociates when really bad but also really good things happen to her, she told Apple Music.

“Dreaming through Tokyo skies, I wanted to see the world, then I flew over the ocean and I changed my mind,” sings Bridgers. Going to Japan and touring is something she has always thought she wanted but here she wonders, “does the reality live up to her expectations?”

There is also some anger and resentment behind the lyrics—lyrics like “I don’t forgive you, but please don’t hold me to it” that seem to refer to Bridgers’ strained relationship with her father.

Bridgers closes the song by repeating that she is a liar. Her lies seem to refer to her imposter syndrome around her life and career. Is it all a lie? Is she really deserving of it?  The answer is obviously yes but appears Bridgers isn’t sure; a common theme of this album.

A punisher is a term used for a fan who talks to a musician excessively after a show. Bridgers said she often fears she would be a punisher to her heroes if she met them.

This song, according to Bridgers, encompasses themes of depression and the neighborhood of Silver Lake in Los Angeles but centers around her imagining her interactions as a fan with Eliott Smith if he was alive.

“And here, everyone knows you’re the way to my heart, hear so many stories of you at the bar, most times, alone, and some, looking your worst, but never not sweet to the trust funds and punishers,” Bridgers sings about her admiration of Smith, how according to stories he was always sweet to fans, even the less than pleasant ones.

In the next verse, she wishes she could say the same about herself. In the chorus, Bridgers sings, “What if I told you I feel like I know you?” This is a feeling that many fans have about their favorite musicians. Bridgers concludes it’s probably for the best that she never met Smith as she would probably be a punisher.

This simple piano and static in this song reminds me of an Eliott Smith song so I was not surprised to hear it was about him. There is something about this song that, like many of Smith’s, that is so sorrowful. It sounds like disappointment or acceptance of an unpleasant fact—like trudging through the rain.

This song has a different vibe from the rest of the album. It is still incredibly Bridgers-esque with its dark theme but the chugging guitars and reverb give it energy—like you are running away from something or your life.

The song expresses Bridgers’ want to believe in something but she has no faith. “Took a tour to see the stars, but they weren’t out tonight, So I wished hard on a Chinese satellite, I want to believe, Instead, I look at the sky and I feel nothing,” Bridgers sings.

It’s about skepticism, wishing for things to be better and for someone to wake you up from your mundane life and tell you it’s really a lot more special than you thought.

Wishing on a star that ends up just being a Chinese satellite, but you wish on it anyway because even if it’s a lie it’s still something.

The song ends with an array of guitars and the drums crescendo after Bridgers sings “I want to go home” that makes me feel like I’m riding off into the sunset for better or worse.

Something about “Moon Song” makes me incredibly emotional. As soon as I listened to it in my bedroom I broke down in tears and cried until I gave myself a headache.

I know it doesn’t sound like that would be enjoyable but sometimes you just need someone to let you bleed, to let you expose all the cracks and bruises on your heart. That is what this song does for me and what I think it does for Bridgers as well.

With a dreamy slow acoustic guitar and quiet drums behind them, Bridgers sings about loving someone more than anyone could, even themselves exhausting and draining it can be to love someone completely when they hate themselves.

“You couldn’t have stuck your tongue down the throat of somebody who loves you more, So I will wait for the next time you want me, Like a dog with a bird at your door.” In these lines Bridgers explains how no one could love this person more than her and even when they don’t feel they deserve her love, she will always have it for them waiting.

Your self-worth deteriorates when you can’t figure out why your love can’t fix someone or make them happy. You care more about their happiness than your own. That’s what happens when you have a Savior Complex.

This is possibly my favorite song on “Punisher.” It sounds like a lullaby but hurts like a nightmare with soft acoustic guitars and strings. A sequel to “Moon Song,” it’s the reality of having a relationship like the one depicted here.

It opens with Bridgers describing upsetting vivid moments,” Emotional affair, overly sincere, smoking in the car, windows up, crocodile tears, run the tap ’til it’s clear,” these are all snapshots of different feelings and moments in time in this relationship. All the conflicting emotions and love but also hate for this person.

Bridgers relates the relationship to a vampire, “Baby, you’re a vampire, you want blood and I promised,” Bridgers explains the emotional needs her partner has and how draining that can be to her personally. She always supplied them with their fix, no matter how draining, and now they expect it.

Bridgers states in the song that she is a bad liar with a savior complex recognizing that she is trying to save someone who more than likely she cannot.

This is the final song on ‘Punisher’ and if you were to go from the first 30 seconds to the last 30 seconds of the song you would probably think it’s a different song. It starts out in true Bridgers style with a slow melancholic guitar melody but selves into   an almost rock ballad song a la “Black Parade” by My Chemical Romance.

“I got to go now/ I know I know I know,” Bridgers repeats towards the beginning of the song. This gives of an almost annoyed feeling of something being cut too short or knowing that things always have to come to an end—whether that be of a relationship, a time at home before going on tour or the world.

As the drums start to kick in and the trumpets and everything builds to a crescendo you can’t help tapping your foot to Bridgers describing the different sites she sees as she drives to who knows where. She finally reaches the end and that’s when all hell breaks loose.

After Bridgers sings “No, I’m not afraid to disappear/ The billboard said ‘The End Is Near’/I turned around, there was nothing there/Yeah, I guess the end is here,”  a doomsday chorus surrounds Bridgers in repeating “the end is near.”

The song ends in a chaotic chorus of electric guitars, symbols and horns. Along with Bridgers screaming with everything she’s got in the background. It’s hard to not want to go full rock-n-roll and kick things around and break things while listening to this part.

“Punisher” follows “Stranger in the Alps” in true Bridgers fashion her soft angelic voice and dream-like melodies, while often sad and about some of the toughest parts of life, feel like home. They feel like driving home on the highway at 2 a.m. with tears in your eyes as you shout the lyrics out your open windows about your highschool boyfriend who didn’t love you back—too specific? Maybe.

They make you feel a little less alone in your suffering. Bridgers is honest and real whether you like it or not and her music reflects that. “Punisher” is an album about imposter syndrome, depression and raw emotion and I wouldn’t want to cry along with anyone other than Bridgers.