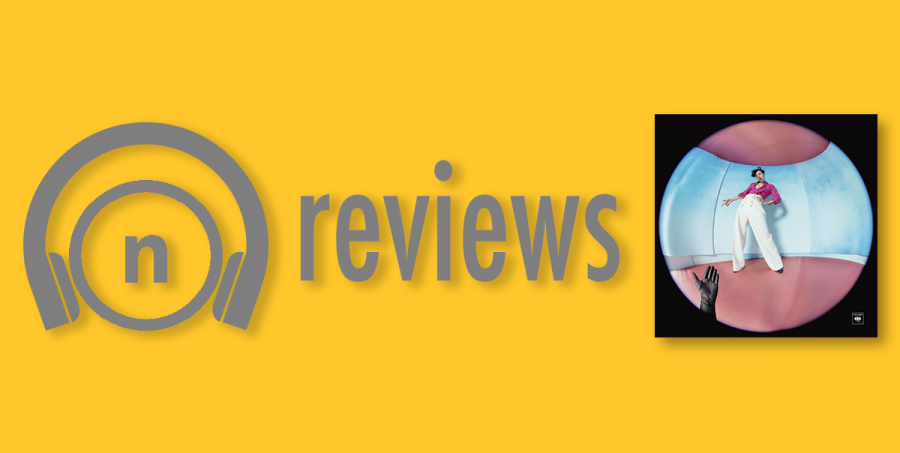 There’s something we all expect of Harry Styles, whether we like to admit it or not. He’s carried a persona of being an immortal early 1970’s rock star with a taste for psychedelics and an obsession with finding the true meaning of good music. We expect profound one-liners and tattoo-worthy concepts in every piece of art Styles dares to create. “Fine Line,” his sophomore album, delivers… and doesn’t.

At 25 years old, Styles has experienced love, heartbreak, unwanted social pressure and just about everything every human being must go through growing up. Despite his pastel colored nails, sparkling blouses and affinity for flare pants, Styles is beautifully normal. “Fine Line” takes the hallucinogenic ramblings of a pop-turned-alt-rock star and delivers them with an album that is experimental and yet simultaneously unsurprising.. People who aren’t familiar with Styles and only know him in reference to One Direction might listen to “Fine Line” in shock, wondering how a bubblegum pop singer could evolve into a Fleetwood Mac-inspired musician. But for the fans, “Fine Line” is gorgeously comforting and also expected.

That isn’t to say Styles bores the audience with song after song of expectations, it’s very much the opposite. “Treat People With Kindness,” a piano-centric musical masterpiece of his life mantra, begs a simple question. “Maybe we can find a place to feel good / and we can treat people with kindness.” Styles drifts from his sad boy lamenting, drug-induced rock songs to produce something show choirs and Broadway performers would go crazy over. Background gospel voices and perfect harmonies weave together to create an image of a colorful musical ensemble.

In the current political climate, the Western world is constantly searching for profound meaning and cries of revolution in pop culture art. People are dissenting, sad, angry, confused. But Styles released “Fine Line” with a reminder that humans, at our core, are emotional. He provides a safe escape from the constant discourse to remind us that we are sad or in love and gives an almost too simple response to “What should we do?” Styles said, “Treat people with kindness,” then continued on with his effervescent introspection.

Styles bares all about a heart-wrenching breakup, with lyrics like “Don’t you call him baby / don’t you call him what you used to call me,”  in “Cherry” and “I get the feeling that you’ll never need me again” in “Falling”. They illustrate the way everyone feels with a shattered heart. Over-dramatic and restless, neither song offer answers to the question “am I good enough?” But they offer a hand to hold if you’re in that same position. Styles is saying he gets it; his cool guy exterior is cracked in the name of relatability and humanity.

“Lights Up,” “Watermelon Sugar” and “Adore You,” the three singles of the album, bear a sharp contrast to the content of the rest of the nine songs. Musically and lyrically diverse, they can be considered the holy trinity of “Fine Line,” setting the premise for what’s to come throughout the LP, yet not clearly explaining what we’ll find with the others. “Lights Up” is a closer look at the identity crisis Styles faces with being stuck in the spotlight, but is the only glaringly vulnerable song about who he is at his core. “Watermelon Sugar” boasts a ‘70s summer lovin’ vibe that Sandy and Danny in the musical “Grease” could have sung, and proves that, no, Styles isn’t always sad and heartbroken. That glimpse of warmth can always be found. “Adore You” is the direct sequel to “Watermelon Sugar;” the perfect love song, just begging for simplicity.

As for the rest of “Fine Line,” it is, altogether, melancholy. The singles gave us a moment of experiential happiness to ease the pain of nostalgia and bitterness found in “To Be So Lonely” and “She.” An eerie sort of dull pain can be found in each track, hiding behind the glowing facade of titles like “Golden” and “Canyon Moon.” The entirety of the album seems to reminisce about the song “Laughin’ At the Outside” by Dinah Shore, where she sings “I’m laughing on the outside / Crying on the inside / cause I’m still in love with you.” One quick listen and at first everything seems fine, just not entirely content. A look deeper and suddenly it’s a radiantly obvious soul-crusher.

“Fine Line” ends on its namesake, “Fine Line.” It is, perhaps, not the strongest closer, but a stark representation of who Styles is nonetheless. He’s spent the entirety of the album whittling away at his feelings, intentions and isolation. “Fine Line” recalls the emptiness of an unknown lover and gives its curtain call to the barren heart of a dazzling, immortal rock star.