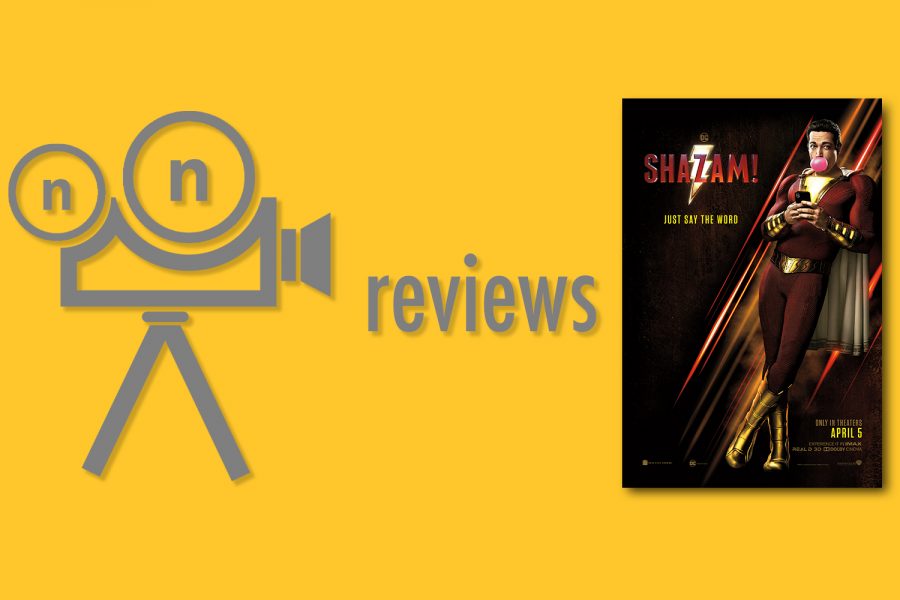 By uttering the titular phrase, a young boy finds himself as an adult superhero

Once criticized for being too dark and serious, the DC Extended Universe (DCEU) has seen itself shift to a more lighthearted approach to storytelling. That couldn’t be more apparent than the kid-friendly, wholesome fun found in “Shazam!”

This differentiation from the ever-present grimness and dread found in “Man of Steel” and “Batman v. Superman” began with the 2017 hit “Wonder Woman” from director Patty Jenkins.

The James Wan-directed “Aquaman” with Jason Momoa continued this trend this past holiday season, with just enough cheesy camp moments to garner over $1.1 billion at the box office.

Enter David F. Sandberg’s “Shazam!” Starring Zachary Levi as the titular superhero Shazam, the film goes above and beyond in presenting a wholesome and entertaining Golden Age hero on screen for the first time since Republic Pictures’ 1941 “Adventures of Captain Marvel” 12-chapter serial from directors William Witney and John English.

Right from the start, “Shazam!” plays like an early 2000s holiday family movie—and in an age of mega-franchise superhero blockbusters, this couldn’t be more refreshing. Gone are the 10 year long storylines, overarching plots, meta-humor and not-so-subtle commentary on societal issues.

Instead, “Shazam!” never skips a beat in delivering satisfying fun throughout the 132 minute runtime—”fun” being something that doesn’t always make an appearance in more serious superhero films.

Levi completely steals the show with his portrayal as the anything-but-serious Shazam. Audiences are treated to a Levi that feels as if he never left the backlot of NBC’s hit comedy “Chuck”; there isn’t a moment in the film where he doesn’t deliver on his signature glass-half-full humor.

Co-starring alongside Levi are Asher Angel as Billy Baston and the breakout Jack Dylan Grazer from the 2017 adaptation of Stephen King’s “It” as Baston’s foster-brother, Freddy Freeman.

Levi doesn’t make his appearance until over 30 minutes into the film, giving time for Angel’s and Grazer’s relationship to manifest before the real action starts.

For all it does right, “Shazam!” has some glaring faults.

During its much too long two-hour run, you can start to feel the limitations of the screenplay. Time after time, inklings of a severely more self-aware, edgy, “Deadpool”-esque movie begin to appear. These immediately feel out of place with the lighthearted wholesome tone and undercut the effectiveness of the most sentimental and humorous scenes.

The long-winded runtime could be avoided by cutting the cold open origin story for the main antagonist, Dr. Sivana, portrayed by Mark Strong.

Despite these painfully apparent faults, “Shazam!” is a breath of fresh air in a stagnant, decades-old genre. Where others tread the same well-beaten path, DC seems to be headed into uncharted territory within the superhero genre. “Shazam!” is a step in the right direction for the DCEU.

As is typical with superhero films nowadays, make sure to stick around after the credits for two special scenes.