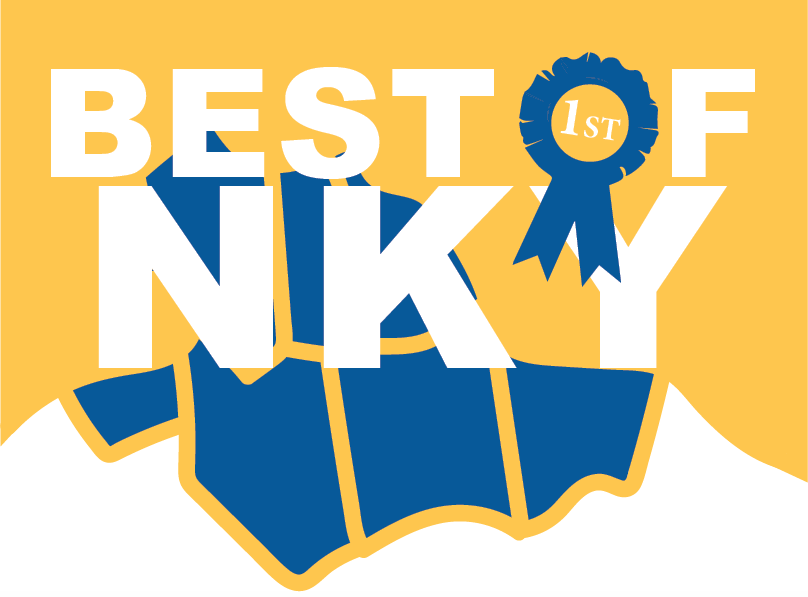 We asked, you answered. These are our readers' and editors' selections of the Best of Northern Kentucky.

What else could it be? NKU’s practically-on-campus bar and grill has been serving up cold brews, burgers, wings and other tavern fare since before NKU was built. The tradition is still alive and well today, making Skyline Tavern not only the best bar by NKU, but also a hall of fame community institution. -SR

24/7 breakfast. That’s all you  need to know to travel to one of Newport’s most famous restaurants. From french toast to burgers to steak, Pepper Pod is the place to be when you’re looking for a quick lunch bite or when it’s 3 a.m. and nothing is open. – Kane Mitten

Penn Station, a Cincinnati classic, shows that you don’t always have to reinvent the wheel. Known for their Philly-style cheesesteaks, their fresh-squeezed lemonade and their freshly cut fries, you can never go wrong with Penn Station subs. -KM

The pepper sauce. The melt-in-your-mouth Texas toast. The flaky chicken tenders. There are plenty of reasons why Raising Cane’s arrival in NKY was much-anticipated, and why chicken-loving crowds didn’t subside for weeks after its grand opening. -SR

A Mona Lisa mural sits by the front window with a twist: she’s wearing sunglasses that evoke Janis Joplin and a choker around her neck. Next to her, a giant chess game. If you stumble upstairs like my friends and I did, you might interrupt a private party in their rented event space. All in all, this bar boasts a laid back ambiance with hip decor and mellow vibes. – Nicole Browning

How can you not love a place that describes itself as “the Hendrix guitar solo of pizza, except we never burn it?” Dewey’s is well-known all across the area for its unique, popular-culture-named pizzas (like the Dr. Dre, the Green Lantern, or the Edgar Allen Poe) and its glass windows that allow guests to watch their pizza being made. There’s no better option for pizza on this side of the river. -KM

Pretzel-dough crust and a wide selection of local craft beer makes this psychedelic pizza parlor in Wilder truly far-out. For veggie lovers, the Holy Shiitake is one of the best pies on the menu, though my personal fave is the zesty Funky Q. Chicken pizza. Order a Braxton brew for a totally cosmic experience. -SR

The Northern Kentucky Chili company brings the skyline of the Queen City to campus as it’s nuzzled behind Callahan Hall. The staff at the diner presents a speedy and simple dining experience. The chili, made nearly 10 feet from you, is fresh out the pot and plated on your delicious hot dog or spaghetti. If you’re feeling a bit spicy, grab the complimentary crackers and dab some hot sauce and you’ll sure for a hot experience. – Josh Kelly

This Bellevue brunch gem specializes in bakes and benedicts—dishes that are served either on potatoes or on biscuits. They’re also famous for their Goetta grilled cheese, which puts a regional spin on an American classic, and their french toast. The bistro is open seven days a week, too, not just Sunday, so if you’re randomly in the mood for brunch on a Wednesday, they’ve got you covered. -KM

The handcrafted ice cream makers have been Cincinnati’s favorite since 1870. Black Raspberry Chocolate Chip is a classic, and with new flavors and collabs with Braxton for ice cream flavored beers, the king of Cincy ice cream isn’t leaving the throne anytime soon. -SR

The time for waffles is all the time. After you’ve stayed up way past your bedtime, and in need of your waffle fix, head to this diner and dive your face into waffles, eggs and bacon. Everytime you head you may think you might try a burger, but you’ll leave fulfilled with your waffled and variant of hash browns. -JK

Known for their raviolis, lasagna and rigatoni, Pompilio’s is also famous in Hollywood. The 1988 film Rain Man, starring Tom Cruise and Dustin Hoffman, filmed its famous toothpick scene in the restaurant, as did the 1993 film Airborne, starring a then-unknown Jack Black. Head to Pompilio’s to enjoy some great Italian cuisine, learn a bit of film history and then play some bocce ball in the back. -KM

Half price sushi, all day every day. Need we say more? A twist on a classic roll, Wabi Sabi’s Crazy Spicy California will light you up with torched crab and spicy mayo. The adventurous should be sure to try the Swipe Right with mango and salmon or the Drunken Taco roll, a creation featuring crushed Doritos and spicy sriracha. -SR

This location, although overlooked, encompasses the best looks of campus in itself. Looking off the stage, during the fall months you have the fall colors on the trees behind you. Combined with the ivy of SOTA to backdrop you spring headshots, and the snow on the steps leading down to the stage, it’s an all season example. -JK

This is quite literally the reason I came to NKU. The other school I was choosing between gave their Chick-Fil-A the boot, now I am here. The staff at Steak ‘n Shake wants your food out the fastest and also prepared the best. Seasonal shakes also make this station great every season. -JK

Is there any college student who doesn’t know about Starbucks? You knew this was going to be the winner. Whether it’s a Frappuccino, a caffe latte, an iced drink or just plain black coffee, Starbucks has you covered. -KM

The Queen City has always looked her best from the Kentucky side of the Ohio River. The overlook view from campus housing is not only breathtaking, but also a reminder that Cincinnati metro is just minutes away. -SR

This popping parking garage is so iconic, people are busting down the entrance poles just to park there. It’s in perfect reach of the majority of campus. The bridge over Kenton Drive also creates an accessibility for visitors in wheelchairs and even easier access to the Student Union, Griffin Hall and the Health Innovation Center. -JK

Enjoy light shows down in the basement. The bar is located in the back right corner of the dance floor so you don’t have to travel far to grab a drink. Need a bit of entertainment before or after the party? Head to the pool table on the second floor. There is plenty of room for guests to jam and dance the night away in this basement venue. -JK

Events like Art of Food, shows like “American Idiot” and more keep crowds of discerning taste and art newcomers alike coming through The Carnegie’s doors. Converted from the historic Carnegie library in 1972, The Carnegie is the only multidisciplinary arts organization in Northern Kentucky, featuring galleries and a performance theater. -SR

Bored and looking for something to do on the weekend? Head to LaRu Lanes. On Fridays and Saturdays, after 10 p.m. until close at 2 a.m., the lights go out and the alley turns into a dazzling display of neon colors. On Sundays, you can bowl as much as you want, all day, for just $8 a person. With a deal like that, you’re guaranteed not to strike out. -KM

About ten minutes from NKU’s main campus, the Town Center hosts name brand retailers like Bed Bath & Beyond and DSW plus a bevy of nearby restaurants. -SR

Party Source features a wide selection of spirits, bourbon tasting and a full beer cave. New to buying booze? The friendly staff are well-versed in wine and liquor, and they can help you make the perfect selection for any occasion. -SR