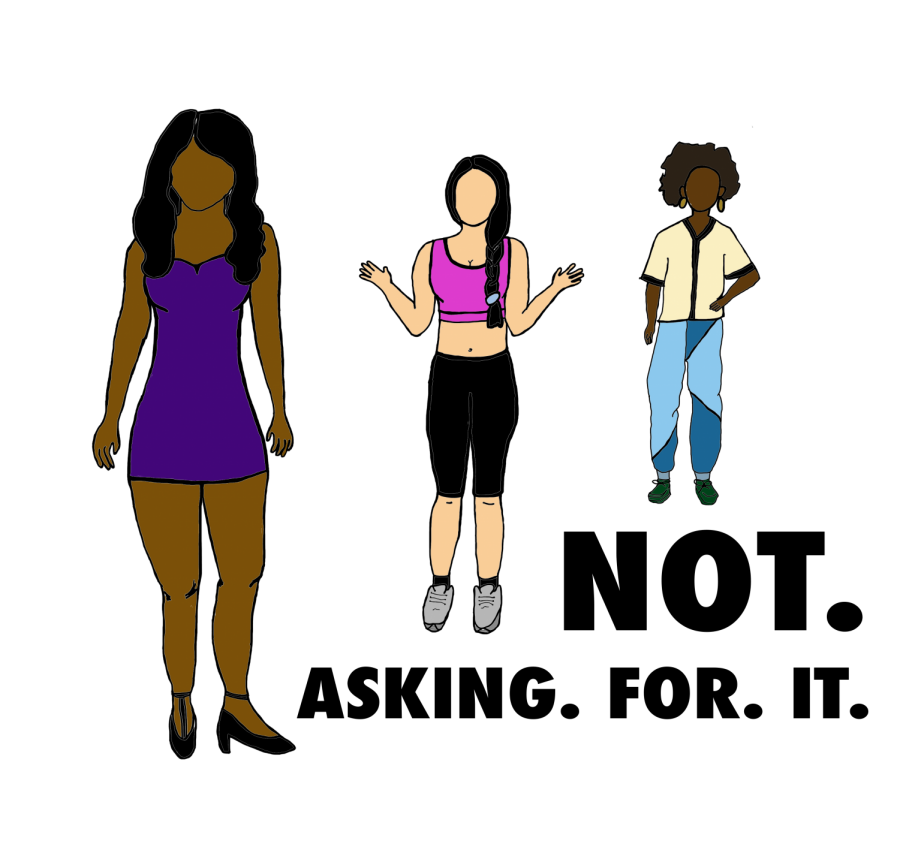 When the #MeToo hashtag trended on Twitter, people took to the platform to express their experiences with sexual assault.

R*pe culture: Being a survivor in the #MeToo era

I still remember the day I woke up to #MeToo trending on Twitter. Thousands upon thousands of survivors took to social media to combat one of the most pervasive aspects of dealing with this trauma: the feeling of being alone.

The popularity of this trend lies in the fact that sexual assault and harassment are not just a problem for the wealthy and famous. There are Harvey Weinsteins, Brock Turners and R. Kellys right in our backyard.

Three. The number of instances alone was enough to be discredited in the eyes of people I have confided in.

In a society where sexual assault is viewed as taboo, the thought of even one assault happening is hard to fathom—let alone the probability of it reoccurring.

But in reality, women who were raped as children or adolescents are more than three times as likely to be raped as adults than women without an early history of rape, according to the National Intimate Partner and Sexual Violence Survey.

The general attitude surrounding sexual assault, particularly that of victim-shaming, silenced me for a long time. The only time I confided in another person about it is when they revealed to me that they too, have been assaulted before.

Waking up to the trending hashtag felt like all of these thousands of women were speaking directly to me, saying, ‘Me too! You’re not alone! I’m with you!’ It was like all of those late nights confiding to my friends amplified a thousand times over.

That day, I felt inspired to share one of my experiences with sexual assault. I wrote about the second time. It was the easiest for me to talk about because there were other people that knew it happened—that witnessed it.

While people widely knew that it happened, it wasn’t something that I explicitly talked about. I also never felt the courage to report it or “out” him in any way. I still never have.

I didn’t include the name of the man who assaulted me in my post because, for me, telling the world his name wasn’t something that was a vital part of my healing.

But simply sharing my experience, and adding to the thousands of women sharing their stories, felt like I was taking part in a historical shift in this country’s attitude about sexual assault.

Engaging in the greater political question surrounding the culture that perpetuates this violence felt more important to me than saying who did it.

The purpose of this isn’t to explain in gruesome detail each assault that I endured in my lifetime, but it’s important to establish that I have been assaulted, multiple times, by multiple people.

Dealing with the trauma of sexual assault has been at the forefront of my healing. It was also something that I was primarily doing by myself, until #MeToo.

When I speak about the powerful response to #MeToo, I often do so in a very positive light. But, I think it’s important to mention the horrible things that accompanied it.

While support was amplified, so was the hideous reach of rape culture. This includes, but is not limited to: victim blaming, slut shaming and talking about the topic insensitively.

#MeToo amplified a taboo topic, but at the same time our society has become desensitized to it.

For example, scrolling through my news feed and seeing the word “rape” uncensored and without content warnings again and again was triggering.

As a survivor, the only reason that I can function properly in society is by keeping the memories of being assaulted out of my mind when I can. That’s difficult to do when you’re reminded of it every time you log onto a social media platform.

What is worse is the explicit expression of the horrendous characteristics of rape culture.

When a survivor sees a victim being blamed for their assault, it can leave them questioning if they too deserved what happened to them.

When a survivor sees a victim being called a liar and being harassed, it encourages them to keep what happened a secret, to not report it and to let a sexual assailant roam free—perhaps to assault again.

This cycle is what makes rape culture so invasive in our society, and it allows these assaults to happen repeatedly.

I’ve always been known to stick up for myself and what I believe in. However, I fell silent to the noise created by rape culture.

#MeToo set out to end this cycle—to let us know that we’re not alone.

For anyone who’s been assaulted: me too.

For anyone who’s been silenced: me too.

For anyone who’s been blamed: me too.

Me too, but no more. We need not live in a world where sexual assault is just a normal part of a woman’s life. We need not stay silent anymore.

I believe you, and I am with you.