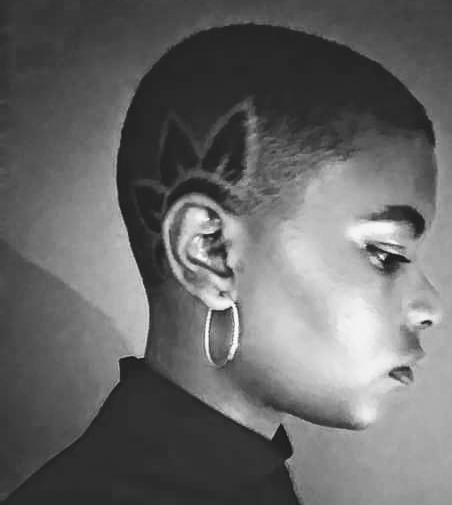 We were 13 and he had a childlike curiosity about my Blackness. He’d trace my skin and was certain it felt different, not wrong, just different. Yet, I had a cowardly liking for his Whiteness, a liking that I ignored when around others.

I concluded that being Black was the cornerstone of my existence that risked deterioration when with him. It seemed best to release ties and seek a relationship with someone whose appearance would not further complicate my twoness; (a condition I had come to understand from the teachings of W.E.B. DuBois in which appearing, identifying and/or being classified as Black in America conceives two existences: one that must adhere to the perceptions of others and one that must continuously revise “self” based on those perceptions).

When I separated from the young boy, I was proud of myself. Proud that I didn’t youthfully let blonde hair and blue eyes colonize me.

She could have been speaking for women in our family or even for Black women in the world. At the time, I embraced what she meant, I just knew her words didn’t properly settle. It was not until I grasped a founding principle of the Mourning the Creation of Racial Categories Project—race was created by severing intimate relationships—that I was able to comprehend that the oppressed condition my mother had positioned me in was not isolated to the occurrence of a solitary relationship, but that it summoned the narratives of multitudes. In order for people who populate the White category to adequately fit into the category, ancestral and romantic ties with non-White peoples, especially Black appearing, had to be torn. This process facilitated the configuration of the Black category being filled with abandoned people and the white category being filled with abandoning people.

The authenticity of these wounding separations presented themselves in the pairing of two different racially categorized kids, and it was in my struggle with the race concept that I came to recognize its suffocating characteristics. Race is a concept embodied in beings and it should be magnified to reveal its truest forms. It’s in the sweaty palms of two curious kids holding hands, hopeful they can defy history. It’s in one of the clasped hands snatching away, realizing the weight of the history and a future of scrutiny is too heavy. It’s in the desperate, confused plea that keeps asking “why, why are you leaving me?” over and over.

Within my early works of collaborated poetry or monologues for the MCRC project I kept personifying race, because it was through this literary device that I could appropriately convey its unsettling demeanor. I visualized race as someone we are constantly quarrelling with in determination for sanity, identity and reconciliation. Yet, it is only by ceaselessly pulling on the narratives already written will we establish a firm footing while warring. It is only by listening to the archetypal stories of our forerunners who wait for us to mourn by listening to the stories already written and placing them in the context of our relationships today.

India Hackle is a senior English and international studies major currently spending a semester in England. She is a writer and poet who appeared in the 2017 documentary “Mourning the Creation of Racial Categories.”