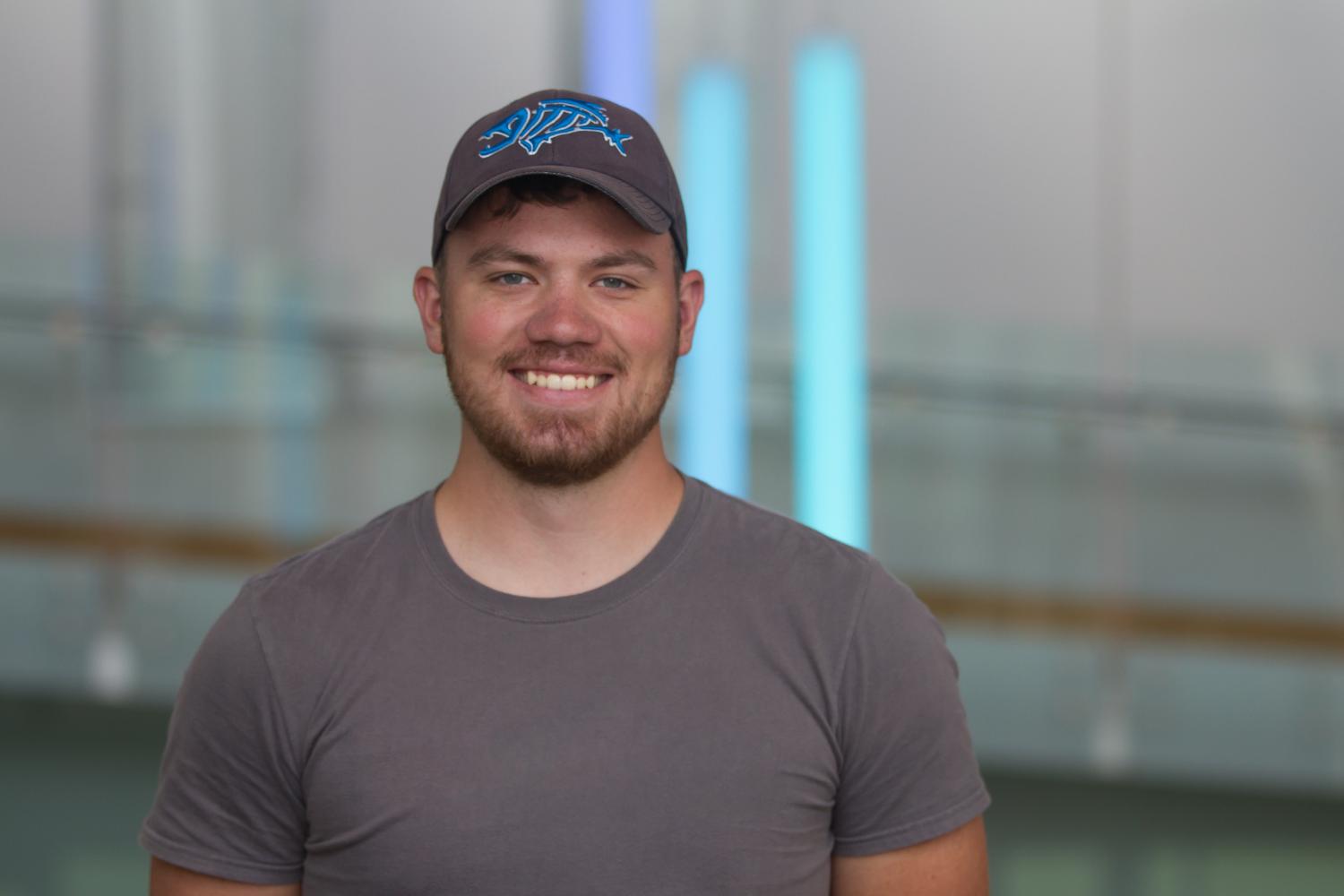 A farewell from managing editor and sports editor Christopher Decker

I wasn’t sold on NKU when I first arrived on campus. As a commuter and a working student, I felt disconnected from the school I traveled to for classes every day. That was until I officially joined The Northerner.

The experiences I’ve had as a member of The Northerner and as a student in the journalism department are experiences I will cherish and certainly use as I move forward in my life.

Covering the beat provides some amazing and also wacky, almost absurd, moments; like climbing over the NKU Soccer Stadium fence my first semester as sports editor (my writing speed wasn’t quite as quick then) with the help of a flimsy table after staying long past the athletics staff .

NKU’s men’s basketball team lost to Cleveland State in the Horizon League tournament this semester, and photographer Colin Johnson and I were attempting to get back to our hotel.

By now, most everyone in the Eastern Time Zone should have been asleep, including me. But at 2:30 a.m. on I-94 West, just 10 minutes out of downtown Detroit, my Ford F-150’s alternator gave out.

We sat on the side of I-94 for a little over four hours with no heat waiting on a town truck, while tractor trailers and late night travelers zoomed past, shaking the my truck as they passed on by.

It was Monday morning before we could head home with a new alternator and a working vehicle.

Life isn’t perfect but sometimes you just have to look back and laugh and some of the things that went wrong (and remember to throw a blanket in the back seat when traveling to a cold weather environment).

While I’m thankful for the experiences I’ve had, journalism has become more than just covering the games: it’s about telling a story.

It’s about the journey of a family with two children with epilepsy. It’s about how two former addicts formed an organization to help those less fortunate. It’s about bringing the story of those who seem larger than life into perspective.

I remember calling former men’s soccer head coach John Basalyga the day after her retired, at the recommendation of the athletics staff. He answered the phone and asked “where are you at?” before asking me to come to his office.

What would have been a 20-minute phone call turned into a nearly two-hour interview about his life and career. Who knew a DII champion coach never wanted to coach soccer or even be associated with the sport at one time?

It’s been amazing to not only tell the stories of others, but it’s been a pleasure to work with the great staff of the Northerner, past and present.

Lindsey Rudd and Carrie Crotzer really helped me become comfortable in the newsroom setting and I’ll alway remember talking with Austin Elmore, Nicole Browning and Cole Grecco about whatever was on our minds (mostly making fun of Nicole).

I’d like thank Matt Sexton and Abby Anstead for getting me involved in the Northerner to begin with. I had written a couple articles for the paper my first semester of my sophomore year, and even made the front page, but I never was super involved until Matt and I spoke in class.

Matt was able to work with me through many of my first stories and helped me better develop a beat as well as providing a few laughs along the way. I only hoped to be as good of sports editor as Matt was at his time with The Northerner.

Abby was essential in helping me through some of my more challenging stories and pushing everyone in the newsroom to be the best journalist they could possibly be. There was never a dull moment when Abby was in the newsroom.

I’d also like to thank Mack Manley for making this year one of the best years The Northerner has ever had with both content and participation. There is no one more meticulous about their work than Mack and she helped guide our staff in a positive direction.

Sam Rosenstiel is going to be a great editor-in-chief and will continue to bring NKU the news and content it needs and deserves. I’d also like to thank Colin for basically being my personal sports photographer.

I’ve learned a lot from the professors in the journalism department, in particular Michele Day and Stacie Jankowski. Thank you for what you do for the university and The Northerner.

It’s been a pleasure to provide all of you with hopefully entertaining and interesting sports content. I’ve worked hard to make the sports section of The Northerner the best it’s ever been and I hope you continue to make The Northerner your one stop shop for NKU news.

Unless, of course, I cover them in the professional world. In that case, read me first and The Northerner second.