And Then There Was Silence 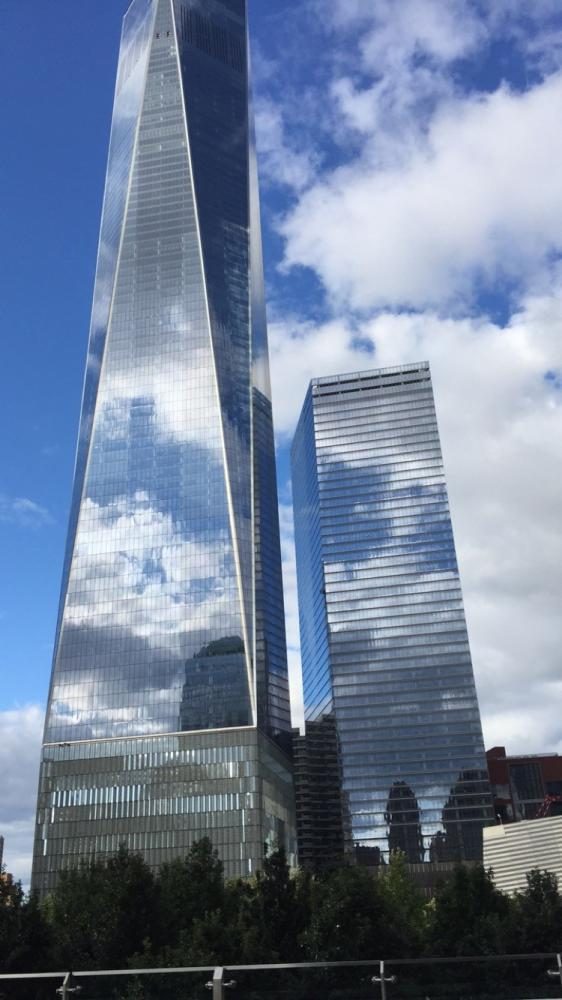 September 11th: Some know where we were the minute the planes hit the towers or the look on our parents’ faces, but others only know the tragedy through the stories we’re told; on the anniversary of the terror attack that defined a generation one thing we all can share is grief for everyone and everything lost in the aftermath.

After the attack, it took eight months and 19 days to clean up and recovery efforts at Ground Zero. “Ground Zero” –the space left after the September 11 attacks where the twin towers once stood– is a 14.6-acre area in Lower Manhattan in New York City. Today,  a memorial that honors those who died serves as a reminder. Two fountains that represent both buildings are there, engraved with the names of those lost–both passengers on the flights that hit the World Trade Center as well as the Pentagon, which was hit just outside Washington D.C.

“No matter how many people are here at the site visiting, it is always so quiet,” said Manhattan resident Randy Perceil.

The fountains are large with a dark square in the middle where all the water falls into; the middle of the black square can’t be seen–an intentional design choice.

“There were so many people not found that day, and still so many unanswered questions; therefore, we can’t see what’s in the middle of the fountain because we truly don’t know everything,” Jessica Motts, Ground Zero Security Guard, said.

Around the fountains are flowers and trees that shade the area with bright green leaves that never dull in color or fall.

“We didn’t want any look of death here, this site is to remember the lives of these people, not their death,” Groundskeeper James Yax said.

Underneath the memorial is a museum that still has some of the actual remains of the World Trade Centers. Not only does the museum pay respects for 3,000 victims, but also to the survivors of the attack and who showed extraordinary courage & compassion in the catastrophe’s aftermath.

“I believe that the museum will teach our kids what happened here on that day and for us who remember that day we will know in our hearts that it will never be truly forgotten,” Perceil said.

Despite there being a new building and a memorial, once you walk through Ground Zero and overwhelming heaviness still resides in your chest. That pang serves as a reminder of what September 11th is: a day of remembrance for everyone that was involved, and a day that won’t be forgotten.