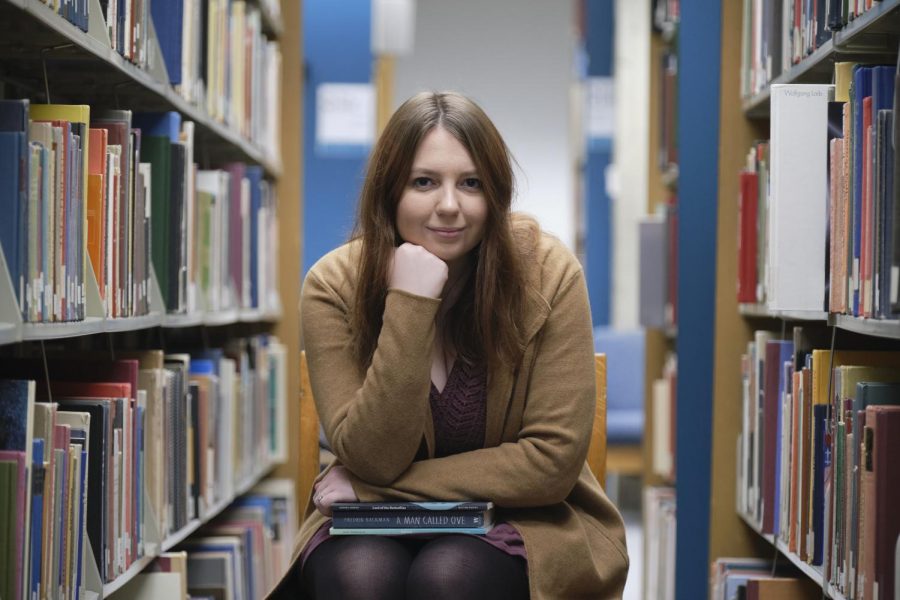 Loch Norse Co-Editor-in-Chief Chloe Cook remembers acrobats flying in the air. Some performers were contorting their bodies in various positions while others were using hula hoops to entertain guests. The lighting at the venue was colorful and neon. The ceiling was high; the stage was wide. Everyone was eating cupcakes and enjoying themselves.

The junior English major said this is her favorite memory with Loch Norse Magazine, NKU’s student literary magazine. Typically, Loch Norse holds their open mic nights at smaller, quieter venues—ones that are “stereotypically literary,” as Cook said. However, last semester, their usual venue closed down, which resulted in an upbeat, circus-esque open mic night at the Ludlow Theatre.

Cook said she enjoys MCing open mic nights for Loch Norse, as it allows her to put her personality into it.

“The feeling that you get is energetic—just the straight energy that runs through you when all these people are looking at you, even if I’m literally just being like, ‘OK, and our next reader is blah, blah, blah,’” Cook said.

Cook joined Loch Norse her sophomore year when she was browsing NKU’s English website looking for ways to get involved on campus. Conveniently, the timing was right, and she applied to be the Poetry Editor. She was accepted for Issue IX of Loch Norse. At the end of the school year, the then-Loch Norse Editor-in-Chief chose Cook and Anna Leach to be co-editors for the 2020-21 school year.

As Editor, Cook is responsible for collaborating with other editors at Loch Norse, editing and organizing magazine submissions, planning open mic nights and more.

Cook sees her role at Loch Norse as an uplifter. She wants to give her staff and contributors the confidence to show their work and help them get to the place they want to be with their writing. Though she said it’s more challenging to connect with writers this semester since everything is virtual, she still strives to make writers and their work feel valued.

“I think it’s one thing to get on a staff or join a club just so it can be on your resume or whatever,” Cook said. “It’s another thing to actually put your heart and effort and time into it. That’s something I really try to do. And through that time and effort that I put into every single poem, or every single person that comes to me, I think they feel like their work or their time also has value because I’m willing to pay attention to it.”

In addition to expanding the voices of writers at Loch Norse, Cook said she also wants to incorporate student contributions from the School of the Arts (SOTA). Cook said Loch Norse wants to create a Rupi Kaur-style magazine, with illustrations submitted by SOTA accompanying the writing. In addition, she wants to create a photography contest for SOTA students to submit their photos for the front cover of Loch Norse.

“One thing we’re doing this year is trying to bring more students of NKU into [Loch Norse] with the art aspect,” Cook said.

Cook said her experience with Loch Norse has helped build her confidence and gave her the ability to accomplish whatever she sets her mind to.

Loch Norse has also helped Cook improve other skills, such as time management, communication and leading a staff.

The importance of female leadership

Cook said she thinks being a woman in a leadership role is important because women’s voices matter. She wants to show other women, especially younger women, that they can be leaders with hard work.

“You just don’t need a man to do whatever you want to do. I feel like society is still stuck a little bit on this idea that the man goes to work and the woman stays home … that 1950s trope. To be able to see women in leadership positions shows other women that they can do that too, and they don’t have to do something just because it’s the way it’s always been done,” Cook said.

“We’ve had nine men on the Supreme Court before; why can’t we have nine women? It’s just showing that women are just as smart and capable as men and that we are our own beasts of strength,” Cook said.