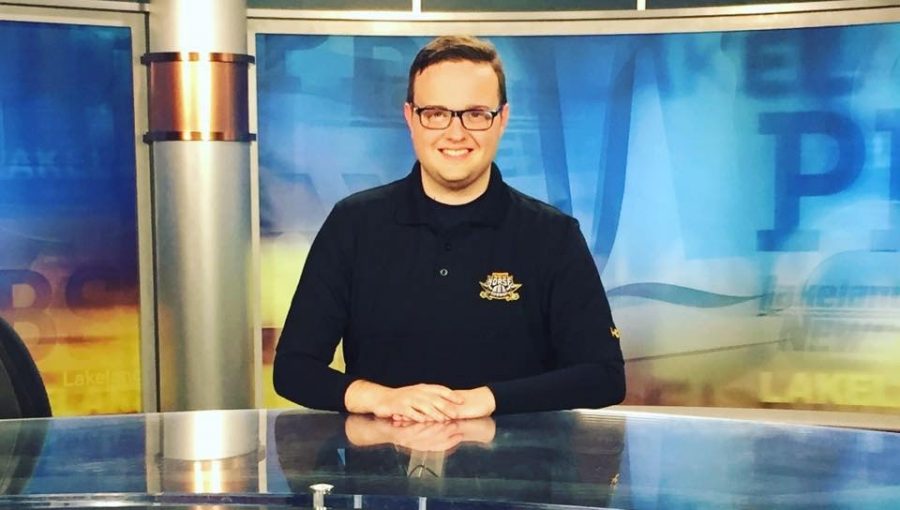 Clayton Castle is a Digital Content Producer at WDTN-TV in Dayton, OH.

Since graduating, I’ve gone into the television newsroom. After graduating, I became a production assistant at WLWT-TV in Cincinnati, learning the ropes of the television newsroom. I worked side-by-side with the sports department on Friday nights, assisting in Blitz 5 coverage. I also put together a demo reel while I was there which allowed me to become a TV Sports Reporter in Minnesota, where I lived for a year. In 2018, I moved back to Cincinnati and accepted a Digital Content Producer position at Local 12 WKRC.

Digital Content Producer at WDTN-TV in Dayton since May 2019. I primarily write stories for the web and social media. I’ve covered two major stories while in Dayton: the Memorial Day tornado outbreak and the Oregon District mass shooting on Aug. 4.

It helped me start my career by teaching me how to be a journalist. Yes, how to write. But more so how to gather news tips, develop sources, and conduct myself in a professional manner while covering a sporting event.

I miss the people. The Northerner staff while I was there was a tight-knit group. I met one of my closest friends now through being on staff together at The Northerner.

It’s similar because I’m around journalism everyday and can offer input on how to approach a story, the different angles, and be first with the story through my official position at the “digital guy.” News is ever evolving but it’s also 24/7. The key to journalism is yes, being first, but also being accurate.

Keep writing. Whether you find a job right out of college or not, find outlets or reasons to write. Land an internship. Find a freelance gig. Start a blog. Always keep your writing skills sharp. Whether you go into TV or Digital, everything revolves around what you write.