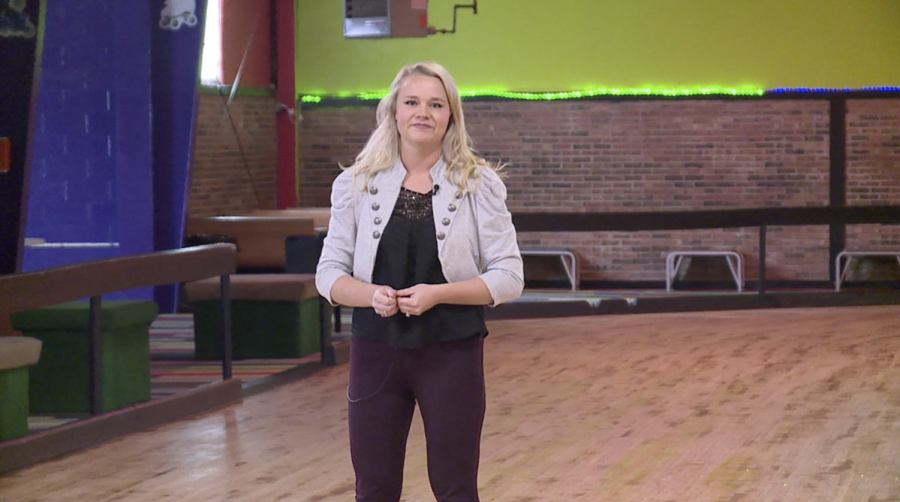 Abby Dawn has worked at WCPO since graduating from NKU.

I graduated in May 2017 with a Bachelor of Arts in Journalism and a minor in Electronic Media and Broadcasting.

I started as a staff writer, but I always chased news. I was drawn to that. I became News Editor, then Managing Editor until I went on to be Editor-in-Chief my senior year. I was EIC the first semester of that year. The Managing Editor took the paper after that because I was working full time at WCPO.

I’ve had the opportunity to cover a lot in the three years I’ve been at WCPO. I covered both the Donald Trump and Hillary Clinton rallies in 2016 prior to the presidential election. I will never forget that. I covered both of the Ray Tensing trials, the death of Harambe and Otto Warmbier’s return from North Korea. I heard the first calls on the scanner when a shooter killed three people Downtown last September. I pushed out information to try to keep people safe and worked a 14-hour day to help gather facts and publish reports.

Working in breaking news in a mid-sized TV market is SO much different than covering news at school. The pace is incredibly fast, but I’ve learned to enjoy it. To be frank, sometimes the nature of breaking news is just downright terrible, but in those instances, you have to remember that it’s your duty to inform the public. That’s what journalism is, and it’s an honor to do it.

I’m a Real-Time Editor at WCPO-9 On Your Side, Cincinnati’s ABC affiliate. Simply put, I cover breaking news. I listen to police scanners, call dispatchers and send photographers to crashes, shootings, fires — you name it. I aggressively gather facts, write articles and distribute information on social media and sometimes via push notifications.

I also manage WCPO’s content on desktop and mobile. I position stories in our CMS and in our app, I create effective metadata to achieve optimal SEO and I copy edit our stories. I work on my own content from time to time. My most recent story was about an organization that helps sex workers in East Price Hill.

Working for The Northerner taught me how to think critically about the news. It taught me how to be an ethical journalist, and that is the root of everything I do. I learned how to build a story from the bottom up; gather all sides, consider your stakeholders and minimize harm. To this day, I can still hear Michele asking, “What’s the news value?” “Why are we reporting this?”

There’s so much that I miss. I miss the camaraderie. You truly build a family within that newsroom. I actually just recently found audio that I had saved from former Photo Editor Fabio Souza. He had prank called the newsroom and said something stupid like, “Uh, hey, can I order six large pizzas?” I laughed until I cried, and I don’t think I can ever delete it.

I miss holding a paper every Wednesday and knowing that I helped produce that small miracle. I miss the freedom. I miss hitting up Skyline Tavern after a long production night. And, yeah, sure it’s super difficult to manage a dozen of your peers and a media organization while juggling work, classes and what’s left of your personal life, but I wouldn’t change a thing about that experience.

It’s similar because the fundamentals of journalism never change. Yeah, the nature of what I do now is totally different, but I still use news judgment every day. Working for The Northerner taught me what it means to be a journalist.

I think to have a career in this industry, you have to constantly walk the line. You have to have thick skin, but you also have to be empathetic. That is challenging, and, admittedly, I’m still learning how to do it. Sometimes people will hate you for what you do, but you take the good with the bad. I feel fulfilled when I can give people vital (and sometimes life-saving) information. I feel honored when people share the most intimate details of their lives with me so I can help them tell their story. That’s why I pursued a career in journalism.