Trevon Faulkner returning to the Norse for one more season 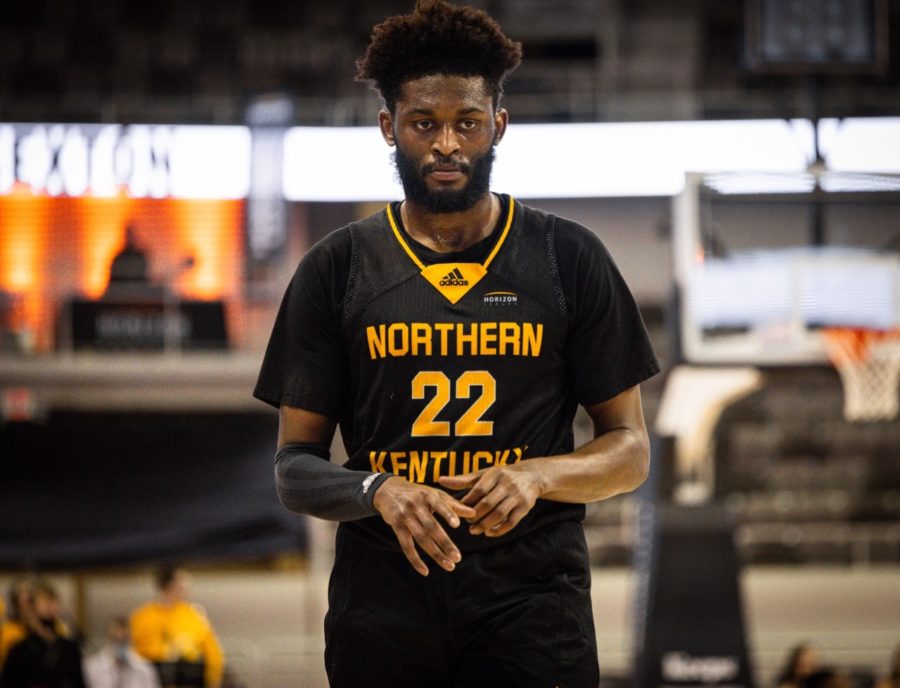 NKU guard Trevon Faulkner will utilize the free season afforded by the NCAA’s pandemic waiver and return to the Norse for one more season in 2022-23, NKU Athletics announced in a press release on Tuesday.

Faulkner, a four-year starter for the Norse, ranks among NKU’s all-time leaders in several statistical categories. The 6’4” guard is second in career starts with 116 and is just five games shy of the record shared by Craig Saunders and LaRon Moore. Faulkner is also 14th in career points and surpassed the 1,000 point threshold in November of last season against UNC Greensboro.

“I really feel comfortable at NKU. I’ve grown some important relationships here,” Faulkner said in the press release from NKU Athletics. “I for sure think we have unfinished business and I know this offseason we are going to work to finish our goals. We’ll be motivated and ready to go.”

The program has amassed an 83-41 (.669) record since Faulkner’s arrival and posted a 52-23 (.689) mark in Horizon League play. The Norse ascended to three Horizon League tournament championships and twice earned NCAA Tournament bids in Faulkner’s four years.

“This is huge for our program. I’m thankful we will get to coach a player of Trevon’s caliber and character another year,” said NKU head basketball coach Darrin Horn in the press release. “He has done so much for NKU Basketball in his four years. His greatest strength is his commitment to winning, as evidenced by competing in three championship games in four years. We both believe there is more he can do at NKU and can’t wait to get to work on it.”

How big is Faulkner’s decision to return for the Norse?

In one word: massive.

Faulkner is a pivotal player for the Norse, averaging 11.8 points and 3.5 rebounds per game last season, while also picking up 45 assists and 32 steals. In 2020-21, he led the team with 16.7 points per game and was named to the All-Horizon League Second Team. He is a true difference-maker on the court for the Norse on both ends and gives the Norse tremendous athleticism on the wing.

But beyond the on-court contributions that Faulkner provides, his impact will also be felt off the court as a leader for the Norse. With the news of forward Adrian Nelson’s transfer on Monday, the Norse will once again rely heavily on Faulkner as a leader, being one of just a few seniors on the roster.

On the court, Horn went with a four-guard lineup frequently last season, particularly late in the year, often making Faulkner one of the taller players on the court at a given time for the Norse. It remains to be seen if Faulkner will be used in a similar role next season, though the Harrodsburg, KY native did say in the press release that he is continuing to work in the weight room and improve his conditioning with head of men’s basketball sports performance Tyler Janota.