Nelson will be a graduate transfer 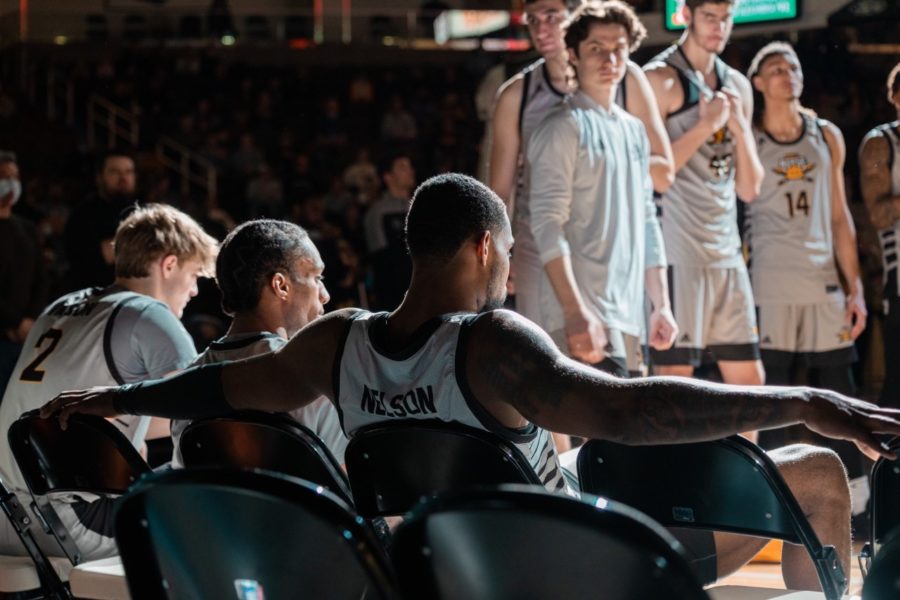 In his four seasons with the Norse, the 6’8” forward pulled down 729 total rebounds, including 266 on the offensive end. Nelson finished his NKU career sixth in career rebounds, while his 119 games played ties him with Adam Norwell for 19th in NKU history.

Nelson’s breakout campaign came during the 2020-21 season, when Nelson averaged 8.4 points and 10.0 rebounds per game as a junior, starting 25 games. While Nelson’s statistics dipped slightly during his senior season of 2021-22, the forward was still an instrumental part of the Norse rotation, combining with forward Chris Brandon to make the Norse one of the top offensive rebounding teams in the country.

Nelson started the first 11 games of the season for the Norse, but came off the bench beginning in January, providing energy and rebounding off the bench for 20.5 minutes per game. Nelson averaged 6.9 points and 7.4 rebounds per game in 2021-22.

As an Organizational Leadership major, Nelson earned Horizon League All-Academic honors during his junior season and was recognized in February as an All-Academic Honorable Mention for his senior season.

A native of Pickerington, Ohio, Nelson also served as a veteran leader for the Norse over the past two seasons, and was honored during NKU’s Senior Day festivities along with guards Bryson Langdon and Trevon Faulkner, as well as forward David Wassler.

What this means for the Norse

Now that Nelson has officially placed his name into the transfer portal, the Norse have five forwards on their roster as presently constructed.

Forward David Bohm played a key role for the Norse during his freshman season of 2020-21, but saw his minutes per game decrease to just 11.1 during his sophomore season. Bӧhm competed on the Czech Republic U20 team in the European Championships and was the second-to-last cut for the Czech National Team last summer.

(Update: Verbal Commits announced on Monday that Bӧhm is entering the transfer portal. The forward averaged 3.5 points and 2.3 rebounds in 11.1 minutes per game.)

In addition to Bӧhm, forward Seybian Sims did not see much action during his junior season after transferring to NKU from North Dakota, but could see an increased role in the frontcourt with Nelson gone.

Forwards Imanuel Zorgvol and Noah Hupmann stand at 7’0” and 7’1” respectively, though Zorgvol did not play at all for the Norse in 2021-22, while Hupmann played sparingly.

Even with Brandon in the fold, the Norse will enter the offseason with a rebounding void from Nelson’s departure. Head coach Darrin Horn could look to fill the void from the transfer portal, a la Brandon and Sims, or the staff could look to sign an impact freshman in the frontcourt.

This story has been updated to include additional information regarding David Bӧhm’s transfer decision.