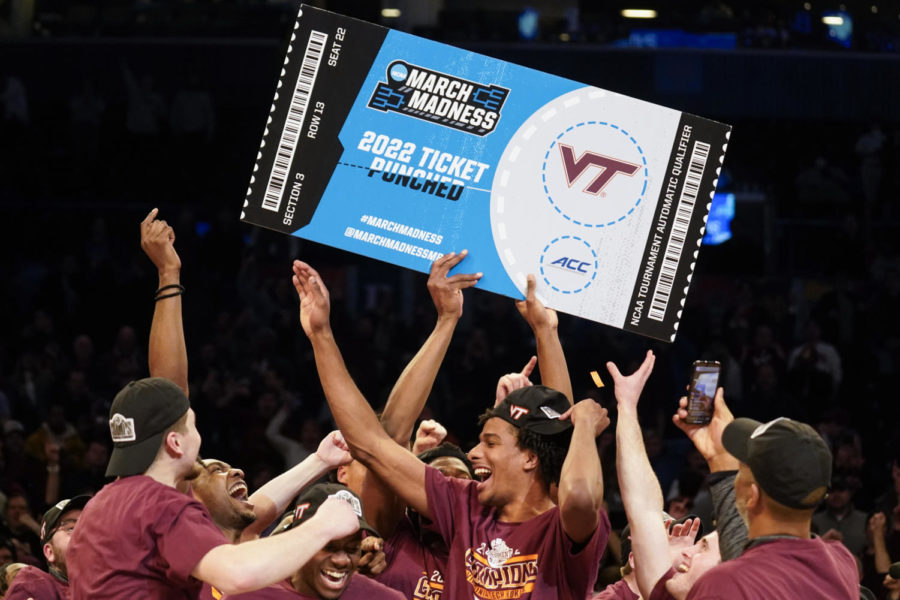 For the first time in three years, a sense of normalcy returns to the NCAA Tournament. First weekend games in eight different cities, stadiums full of fans, and a Final Four in New Orleans for the first time since 2012. The Big Dance never fails to disappoint, but it is especially reassuring to know that the madness is returning in full force.  Here’s a peak into some of the players, teams and matchups in this year’s tournament.

All you really need to know is that he’s the nation’s leading scorer at 25.1 points per game. But he may also be the game’s greatest showman. He came out for pre-game warmups in the Northeast Conference championship in a KISS (the band) shirt. He did push-ups and flashed Alabama wide receiver Jameson Williams’ “pharoah” celebration after scoring baskets. The epitome of “love him when he’s on your team, hate him if he’s not”.

Those who know college basketball say that postseason tournaments are the place to make your name known. Walker certainly took advantage of that, averaging 31 points per game in the Conference USA tournament, including 40 in a triple overtime win over Middle Tennessee. He’s also a part of “Jelly Fam”, a group of New Jersey hoopers known for their stylish play, hence his nickname.

The seven-foot tall unicorn was the Zags’ first number one recruit this past fall. Paired with fellow big man Drew Timme, Holmgren helped lead Gonzaga to their third straight number one seed. He has faded out of the Freshman of the Year and top NBA draft pick conversation, but if you’re ever doubting his talent, just watch his one-man fast break against UCLA, culminating in a behind-the-back dribble and a thunderous two-handed dunk.

Can I actually just say the entire Purdue roster? Regardless, the Boilermakers are led by a future first round draft pick. Ivey can do it all on the offensive end; he can shoot, get to the rim with ease, or dish to Zach Edey or Sasha Stefanovic. He plays with a reckless abandon, yet style and grace that reminds you of Ja Morant.

Even though they barely made the tournament, Rugters has proven they can play with the best. Over an 11 day stretch in February, they beat Michigan State, Ohio State, Wisconsin and Illinois, all top-25 teams at the time. They also own a win over then number-one ranked Purdue. A tough Alabama team awaits on Friday, but the Crimson Tide have shown to be shaky at times throughout the year.

And while we’re on the topic of the First Four…

Root for Wright State. Yes, you read that correctly. You may ask, “Didn’t they just end NKU’s season?”. They did indeed. But a 16 versus 16 play-in game is the Raiders’ best chance at a tournament win, and that means money for the Horizon League. Eleven schools, one being NKU, stand to benefit from what most would call an upset over the Bryant Bulldogs.

Eric Henderson’s Jackrabbits haven’t lost since Dec. 15. They not only dethroned last year’s Cinderella Oral Roberts for the Summit League title, but proceeded to go undefeated in league play en route to the regular season and tournament championships. SDSU is still searching for their first win in the Big Dance, and have as good a chance as any against Providence.

The Catamounts obliterated the field in the America East Championship, winning each game by an average of 37 points. John Becker should be fielding calls after the season for a high-major coaching job. A run to the Sweet 16 would most likely see them face Gonzaga. What a matchup that would be.

That’s right, another 12 seed. Why UAB? See the above note on Jelly Walker. Not to be overlooked are role players Quan Jackson, Michael Ertel and K.J. Buffen, who combine for 32 points per game. The Blazers have a favorable matchup against a Houston team that is missing two of their top four players.

They’re a seven seed, which is on the edge of Cinderella territory. But they’re also a mid-major, so it qualifies. We last saw the Racers in the 2019 NCAA tournament when Ja Morant dunked all over Marquette. If they can get past San Francisco in their opener, in-state foe Kentucky awaits. Led by K.J. Williams and Tevin Brown, this is a team that could make it to the Elite Eight, and even a Final Four. This tournament berth also marks a fitting end to their time in the Ohio Valley Conference. Murray State is leaving for the Missouri Valley next season.

It may be the best matchup of the first two days, but I absolutely hate that two elite mid-majors have to play each other. The Racers and Dons (also an elite nickname matchup) are both capable of winning multiple games in the tournament. Instead, only one of them will advance to the round of 32.

LSU just fired Will Wade in the wake of its Notice of Allegations from the NCAA. Will the Tigers look any different under interim coach Kevin Nickelberry? Iowa St. won 12 straight games to open the season, but stumbled through the gamut of the Big 12. The Cyclones did enough work early in the season to secure an at-large bid, but can they regroup to grab a win when it really matters?

The Broncos have an elite defense that led them to both the Mountain West regular season and tournament championships. As an aside, shoutout to the Mountain West for getting four teams in the tournament. Memphis has been one of the best teams in the country since the beginning of February. Penny Hardaway’s squad is led by Jalen Duren, Lester Quinones and DeAndre Williams, but has really found its footing after five-star recruit and early enrollee Emoni Bates was sidelined with a back injury.

OSU is looking to bounce back from last year’s loss to 15-seed Oral Roberts. Behind one of the top defenses in college basketball, Loyola is now a perennial favorite to win at least one tournament game. And you can’t forget about Sister Jean, Loyola’s 102-year-old good luck charm.

In my opinion, this may be the toughest bracket to fill out in recent memory. During an appearance on CBS before the selection show, Kansas coach Bill Self talked about how many good, even great teams there are in this year’s tournament. He’s absolutely right. Outside of the 1 and 2 seeds, there are very few first round matchups that I feel confident about. The bracket could go chalk, or we could have seven double-digit seeds in the Sweet 16.

Sure, there’s controversy about which teams got included and who got snubbed. But that’s the beauty of the postseason. All the records are thrown out. Everyone gets a fresh start. There are 68 different opinions about which team will get hot over the course of six (or seven) games. But one thing is for sure: the greatest three weeks of the year are upon us. There will be upsets. There will be buzzer-beaters. There will be madness.