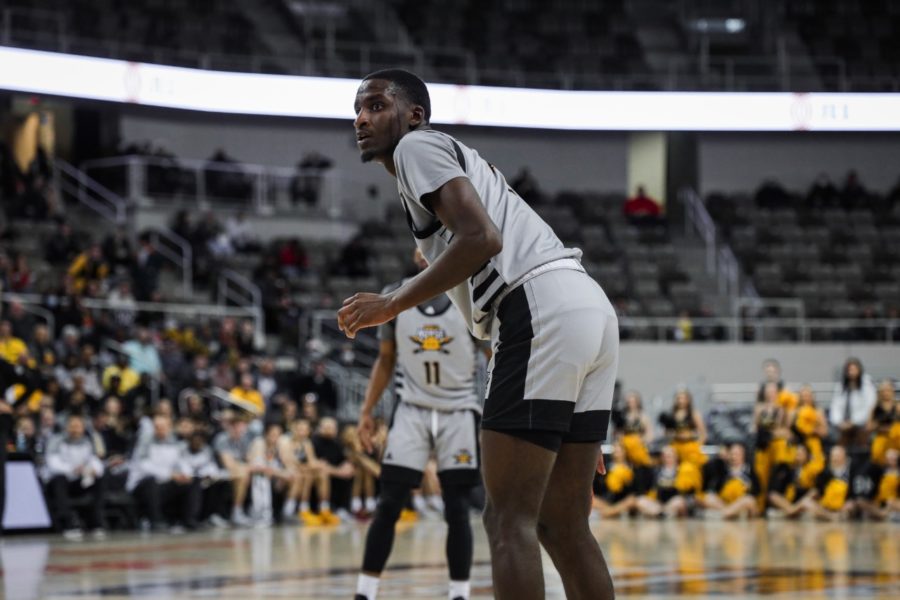 In college basketball, the month of March is about emotions. As teams compete for the right to advance and keep playing, one team will experience jubilation and euphoria, while the other experiences sadness, anger and in a word: heartbreak.

On Tuesday night at Indiana Farmers Coliseum, the Northern Kentucky Norse felt the latter range of emotions, as the Wright State Raiders erased a 16-point second half deficit and defeated the Norse 72-71 in the Horizon League Tournament championship game, earning the Horizon League’s automatic bid to the NCAA Tournament.

“There is no greater lesson for life than having to go through this,” Horn said. “These guys did everything they could and it didn’t work out the way they wanted it to.”

The Raiders got the scoring started with a pair of free throws from Grant Basile before three straight Norse baskets put them on top 6-2. Four points from Basile and a three by guard Tim Finke gave the Raiders an early 7-6 lead at the under-16 media timeout.

NKU’s first 16 points came in the paint as the team connected on eight of their first ten field goal attempts.

With just over 12 minutes remaining, Basile, who led the Raiders with 27 points in their semifinal win over Cleveland State, picked up his second foul of the game, sending him to the bench. Shortly after, a three-point play by senior guard Trevon Faulkner pushed the Norse ahead 16-12 going into the second media timeout.

Warrick, who converted on his first three field goals in the first half, drained a three from the wing to put the Norse up 33-28. The sophomore guard picked up two fouls in the half, and was relegated to the bench for several minutes, but still made an impact in the first half registering seven points.

After knocking down a corner three, Faulkner was fouled shooting a three on the following possession, knocking down all three free throws to give the Norse a 39-30 advantage. A floater by Calvin cut the lead to 39-32 at halftime. Faulkner led the Norse with 13 points at halftime, while Calvin led the Raiders with 15.

Immediately out of the break, it was Warrick who got the Norse started with five straight points, including a three from the top of the key over a defender to push NKU ahead 44-34.

The Norse also locked in on defense, holding Wright State without a field goal for over five minutes until a jumper by Calvin brought the Raiders within 12, 51-39.

As the second half unfolded, Warrick continued to find the bottom of the net, connecting on four field goals in just under a three-minute span going into the under-12 media timeout. A driving layup gave him 21 points on 9-12 shooting as the Norse jumped out to a 16-point advantage.

From that point, almost everything went south in a hurry for the Norse.

The Raiders fought back, powered by a Basile dunk and back-to-back layups by Tanner Holden, cutting the lead to just seven points and forcing Horn to use a timeout at the 9:44 mark.

Two more layups from the Raiders cut the lead to just two points, but a layup by forward Adrian Nelson stopped the bleeding momentarily for the Norse.

By the under-eight media timeout, the Raiders had cut the Norse lead to 59-57, powered by Holden. The junior guard scored just four points in the first half but the All-Horizon League First Team recipient played a massive role in the second half, guiding Wright State over their 16-2 run to cut the lead to two.

A jump shot by Finke tied the game at 61, followed by a Holden fast break layup, giving the Raiders their first lead of the second half. The two teams continued to trade baskets, with Wright State taking a 68-65 lead into the final media timeout of the evening.

From the time that the Norse built a 16-point lead until the under-four media timeout, Wright State amassed a 27-8 run that spanned over eight minutes and tilted the momentum into their favor.

Wright State continued to hold a razor-thin lead into the final minute. With 34 seconds remaining, Holden was called for an offensive foul, giving the ball back to the Norse. On the ensuing possession, Warrick did what he has done all season long, burying a three to give the Norse a 70-69 lead with 20 seconds left.

The Raiders elected to not use a timeout and drove the ball down the court. With 10 seconds remaining, Calvin, who led the Raiders with 21 points, buried a jumper to give the lead right back to the Raiders, 72-71. Following a Wright State timeout, the Norse had a chance at one final shot to win the game. After bringing the ball up the floor, Vinson found Bryson Langdon on the wing, but tough defense forced Langdon into a difficult three-point attempt that missed the mark as time expired.

“Give them credit, Calvin made a terrific floater and at the end, we executed well, we just didn’t get the shot off that we needed to get off,” Horn said.

The Norse conclude the 2021-22 season with a 20-12 record. After starting the season 6-9, the Norse completely turned their season around, winning 14 of their final 16 games before Tuesday’s heartbreaking defeat.

“We’ve got a group of high character guys that really came together and worked and believed and put in the time to put us in this position,” Horn said.