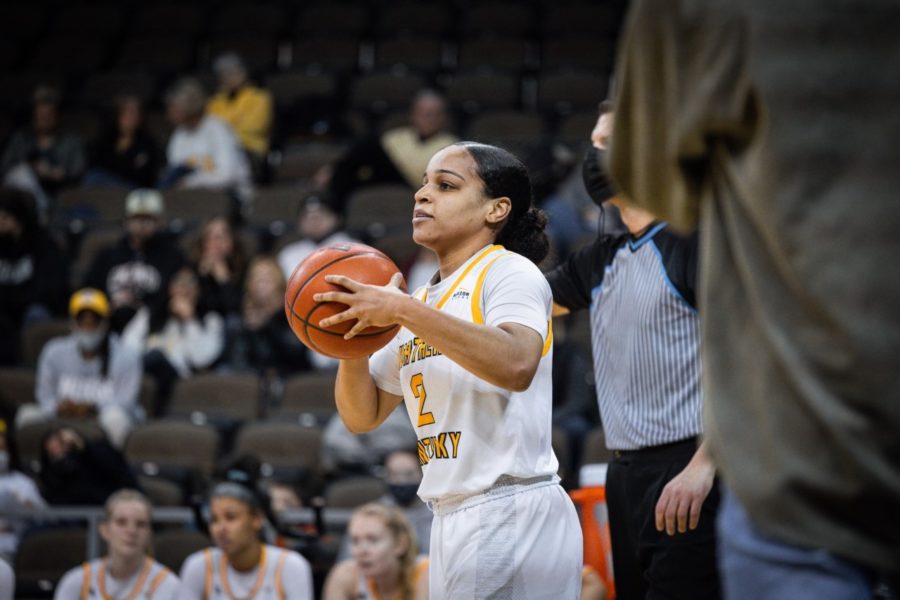 On Monday, the Horizon League announced their end of season awards for women’s basketball, with several members of the Norse being named as winners for individual awards.

Rose, who finished the regular season as the all-time NKU leader in games played, finished 14th nationally in total blocked shots and 16th in blocks per game. Rose led the Horizon League in both of those categories and was fourth in rebounds per game.

Duvall had another tremendous season for the Norse in 2021-22, leading the Norse in points per game with 16.9. In just her second year with the Norse, Duvall has already cracked the top 50 in school history in total points and ranks second overall in all-time scoring average. Additionally, Duvall was fourth in the Horizon League in field goals made, second in three-point field goals made and fifth in total rebounds.

Mitchell-Steen was an impact contributor right away in her freshman season for the Norse, especially on the defensive end, ranking third in the Horizon League with 52 steals, and fourth in steals per game at 1.9. Mitchell-Steen also averaged 6.8 points per game, fourth on the Norse.

“Our team is made up of so many great players, all of which contribute in their own way!” head coach Camryn Whitaker said in a press release from NKU Athletics.. “The unselfishness and team chemistry is genuine because they all truly care about each other. The awards are rewarding for each of our student-athletes and I’m proud of their hard work to achieve them, but I’m more proud of how we play together working towards a common goal of a championship!”

The Norse are in action for the First Round of the Horizon League Tournament on Tuesday night against Detroit Mercy. The fifth-seeded Norse and 12th-seeded Titans will tip off at BB&T Arena at 7 p.m.