Landrum discussed his retirement and what NKU has meant to him 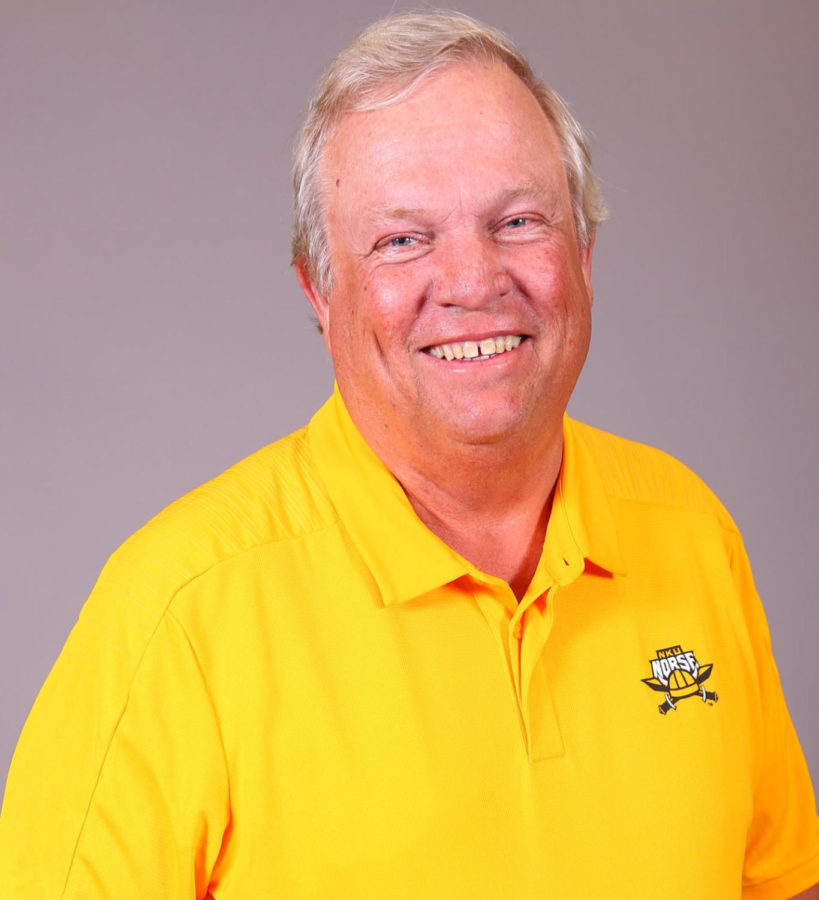 NKU golf head coach Daryl Landrum will retire at the end of this season.

NKU golf head coach Daryl Landrum announced his plans of retirement after the end of the 2022 spring semester on Jan. 24.

After a long and successful career as head coach for the Northern Kentucky University men’s and women’s golf teams, Landrum decided to finally hang up the clubs.

Landrum spent a few years less than three decades with NKU. During that time, he had brought about a long resume of success with the Norse.

“It’s been a great ride all the way through,” Landrum said. “We kind of built the program over the 27 years.”

Landrum’s impact was more than just on the golf course. He was able to impact those around him as well.

“Got to be a second dad for a lot of players,” Landrum said. “It’s great to see how they turned out in their adult lives.”

Alex Doss, senior on the NKU golf team, has been with Landrum’s team since his freshman year back in 2018. He was able to build a good personal relationship with Landrum during that time.

“The van rides to tournaments and just the banter that we have as a team with him,” Doss said regarding his happiest memories with his coach. “He always tries to keep each event exciting, fresh, and never really let us get too serious.”

Landrum was announced as the Great Lakes Valley Conference coach of the year nine separate times while becoming the Regional Coach of the Year four times.

Ken Bothof, director of NKU athletics, believes one of the biggest impacts that Landrum was able to bring into Norse golf was recognition.

“The success that he had certainly during the Division-II years and even in Division-I with opportunities a few times for conference championships,” Bothof said. “The regional success they had and national success really put our golf program I guess you would say on the map.”

There were several factors going into Coach Landrum’s decision for retirement. Among those reasons are age, long tenure, and family. However, there was one big reason that was the tipping point.

“The thing that kind of pushed it over the edge is COVID,” said Landrum. “It’s been a bad thing for everybody obviously. But when you’re older you just realize that things aren’t like they used to be.”

Bothof is very thankful for Landrum’s dedication and time to NKU and his teams.

“Thanks Daryl,” Bothof said. “There’s a lot of people that will miss his leadership. I certainly have developed a very positive relationship with coach Landrum.”

The NKU men’s golf team announced in a press release Wednesday that their new head coach moving into next year will be David Shearer. Shearer, a previous player and current assistant coach for NKU, was inducted into the NKU David Lee Holt Athletics Hall of Fame back in 2019.

“I am excited that David, a member of the Norse Hall of Fame, will become the leader of the men’s golf program upon Coach Landrum’s retirement,” Dan McIver, NKU’s Deputy Athletic Director said in Wednesday’s press release. “His experiences as an NKU student athlete and assistant coach provide him with the knowledge and skills that are necessary to build a competitive golf program.”

Though he is leaving the Norse in good hands, Landrum won’t be walking away from the sport altogether. He plans on helping out and teaching a few lessons at the Meadowood Golf Course in Burlington, Kentucky. Landrum will continue to hold NKU with high regard.

“I just think that NKU is a very good education for a very good price,” Landrum said. “If you’re a golfer or athlete and want to go to a school that gives you a good education and you play a good schedule, I think NKU should be one of your choices.”