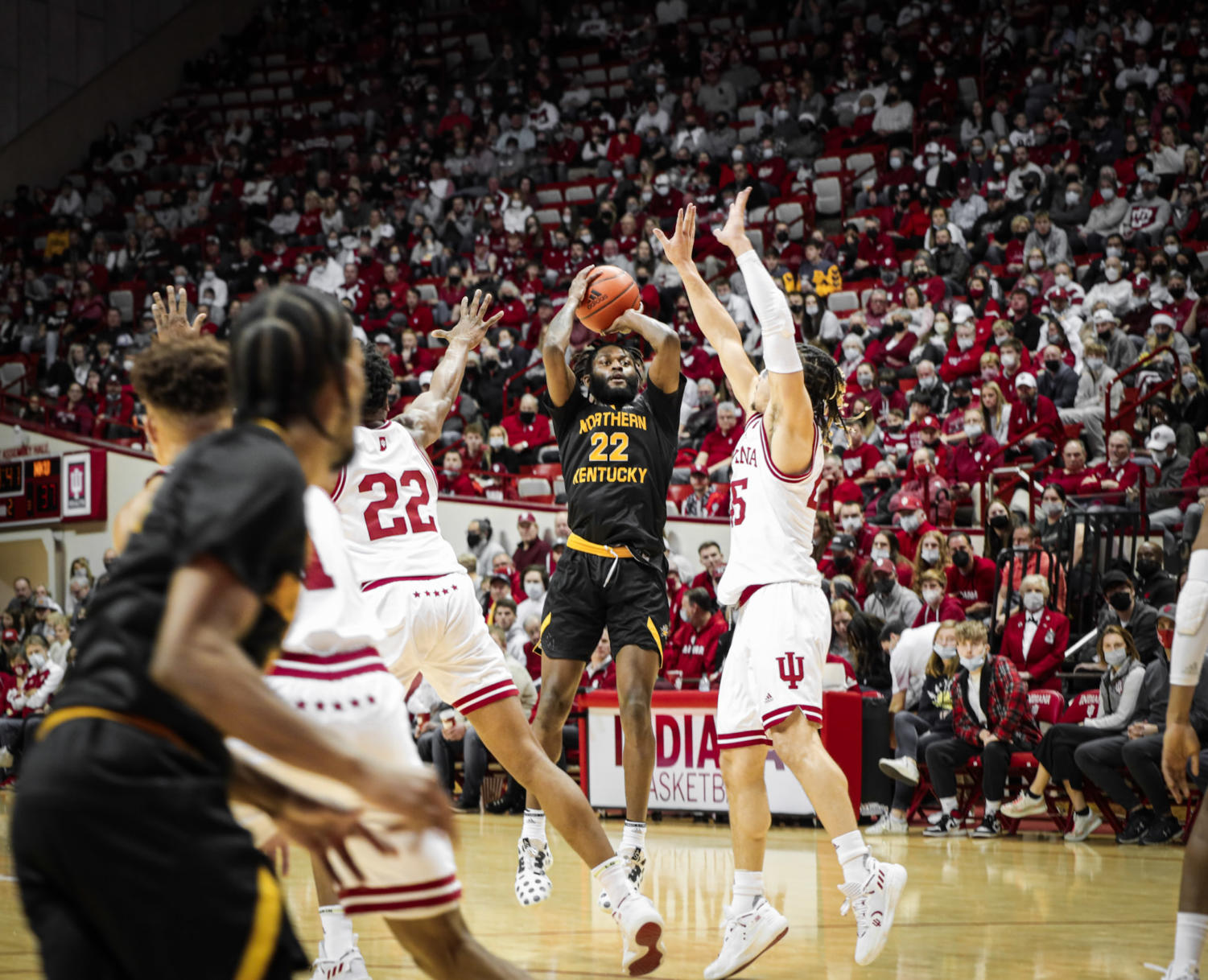 Norse fall to Hoosiers in first ever meeting 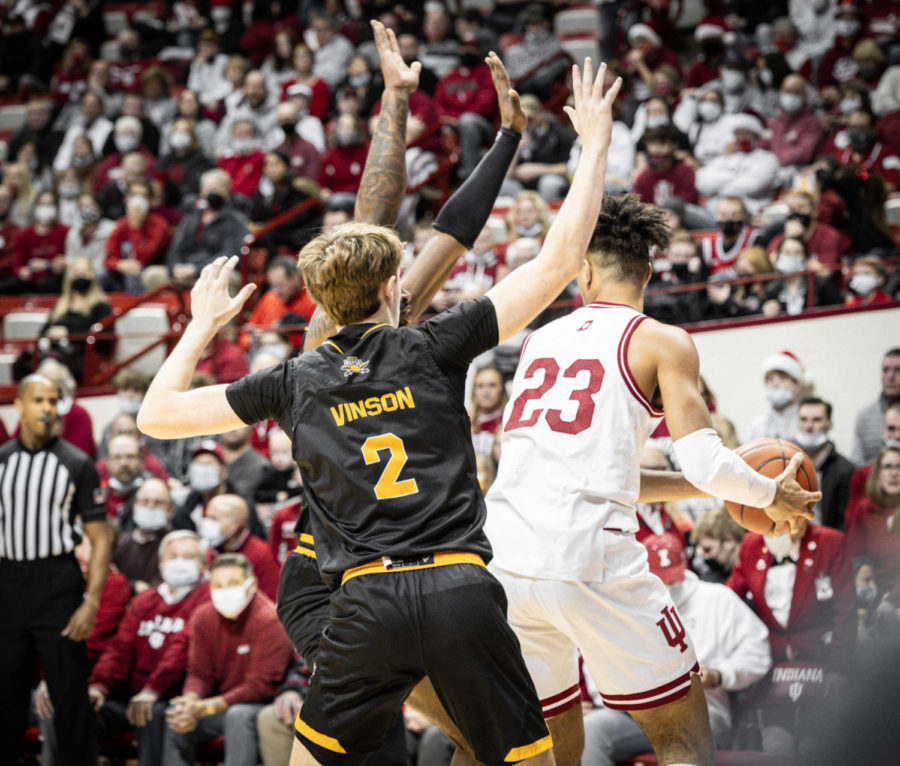 In the first ever meeting between Indiana and Northern Kentucky, the Hoosiers raced out to a 38-14 halftime lead and never looked back en route to a 79-61 win. Indiana improved to 10-2 overall, while the Norse finished non-conference play with a 4-7 record.

The first five minutes of the game provided the most hope for NKU. After preseason All-American Trayce Jackson-Davis scored the first six points for Indiana, Marques Warrick opened the scoring with a drive to the basket. David Böhm followed with a corner three to trim the deficit to three points.

Böhm entered the game after senior Trevon Faulkner registered two fouls in less than four minutes. After picking up his third foul, Faulkner sat out for the final 13 minutes of the half.

Following Böhm’s basket, the Hoosiers went to work on both ends of the floor. Behind 22 points in the paint and 51 percent shooting from the field, Indiana closed the half on an extended 30-9 run. Miller Kopp capped off the hot shooting with a three just before the halftime buzzer.

As well as the first half went for the Hoosiers, it was just as bad for the Norse. The black and gold shot just 16 percent from the floor, with three of their five field goals coming from behind the three-point arc.

“I thought defensively, we did everything right in the first half in terms of our coverages, our switches,” Indiana head coach Mike Woodson said.

Sam Vinson was the lone bright spot in the first half, registering six points on 2-7 shooting. He also broke a 10-minute scoring drought with a three from the left wing.

The Norse woke up in the second half, outscoring Indiana 9-6 in the opening three minutes. Jackson-Davis subsequently slammed home two thunderous dunks before exiting to a home applause.

For the Norse, Faulkner was scoreless in the first half after being hampered by foul trouble. He picked up his fourth foul early in the second half, but caught fire, scoring all 22 of his points in the final 20 minutes. His scoring run was punctuated by three straight three pointers, prompting Woodson to reinsert Jackson-Davis into the lineup.

“In the second half, we had a little slippage in the beginning. They got a little comfortable and started hitting some shots,” Jackson-Davis said.

Norse head coach Darrin Horn has talked about each game being a tale of two halves for his team, and the same held true against the Hoosiers. The Norse won the second half scoring battle 47-41, shooting a much-improved 59 percent from the field.

The Norse got as close as 15 points, forcing eight second half turnovers in the process, but 48 points in the paint for the Hoosiers ensured the victory. Jackson-Davis finished with 21 points, Race Thompson added 14, and Rob Phinisee contributed 10 points in the victory. The Hoosiers dished out 20 assists on 32 made baskets.

Other than Faulkner, no other Norse player finished with more than 10 points. After six points in the first half, Vinson was held scoreless the rest of the way. Böhm finished with eight points and seven rebounds, and sophomore Marques Warrick contributed seven points.

With the non-conference portion of the schedule wrapped up, the Norse return to BB&T Arena to face the Green Bay Phoenix on Thursday, Dec. 30. The Horizon League home opener tips at 7 p.m., and can be seen on ESPN+.