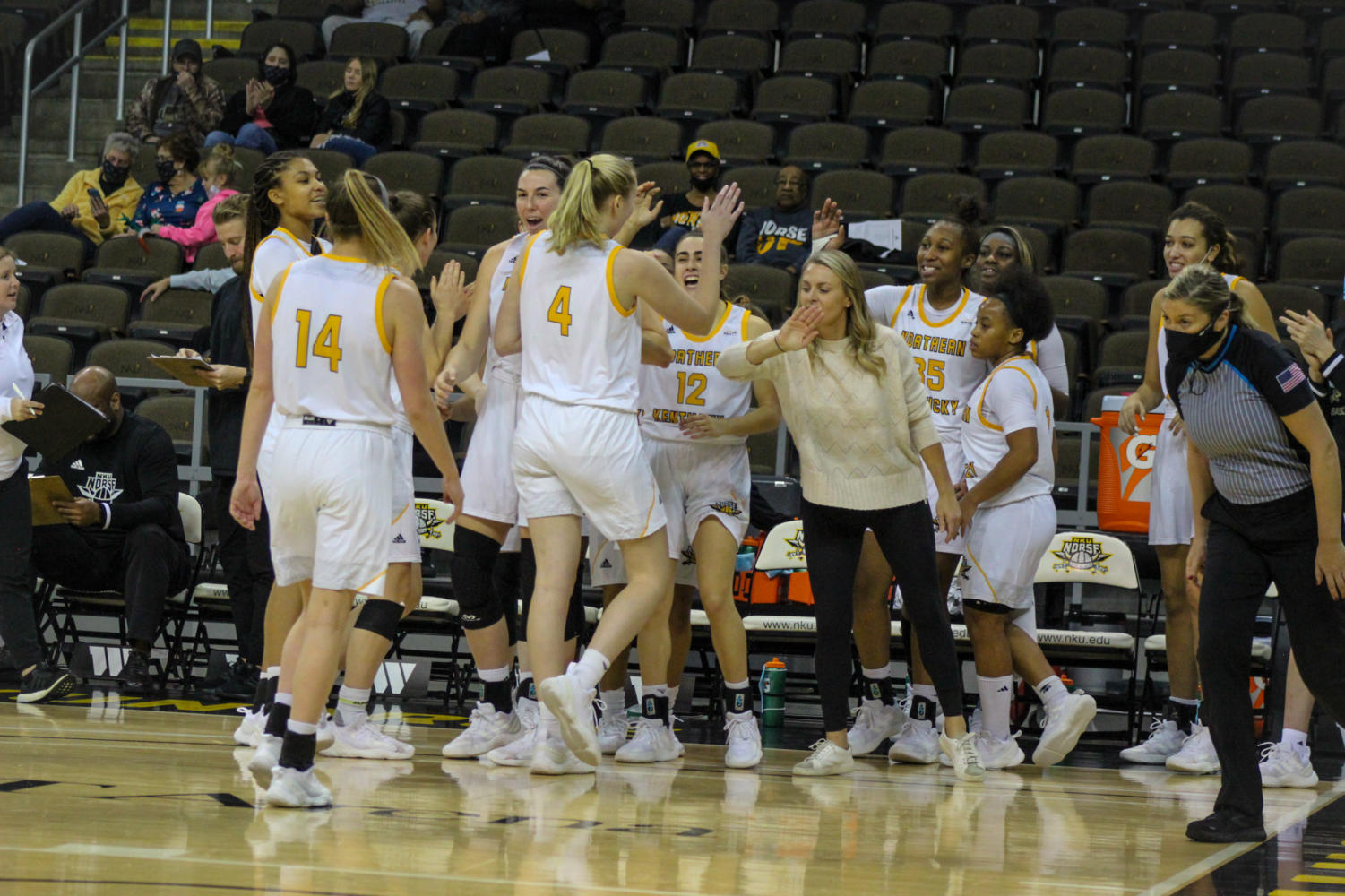 NKU players celebrate a basket before the halftime break by forward Paige Hodgson (4). 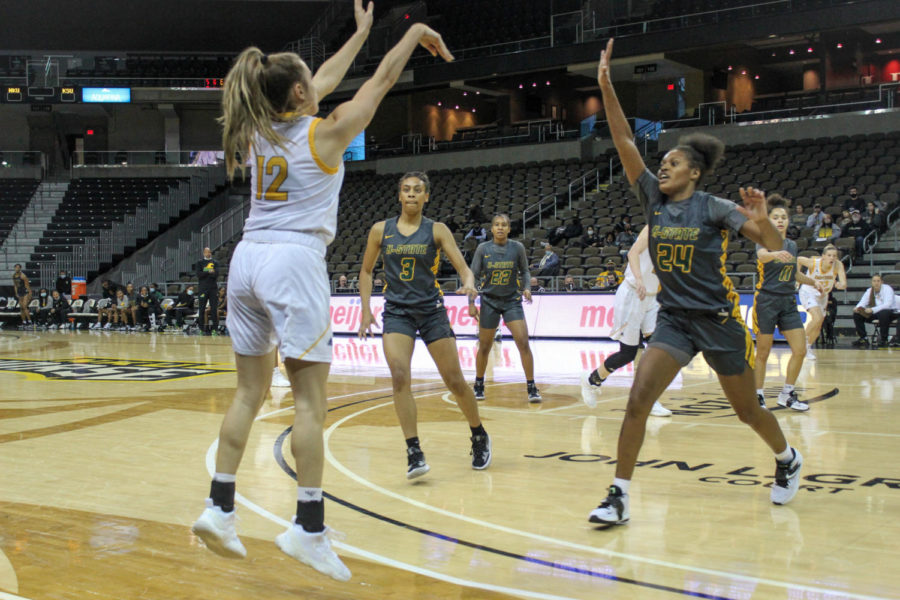 “Our pace, I think that played a big role,” Garcia said on why she did so well. “We just found open shooters the entire game, not just me but everyone.”

The Norse offense made 23 out of their 66 shots Wednesday giving them a 34.8 field goal percentage. NKU also put up seven three-pointers and 19 free throws.

“It definitely helps when you see them going in early,” Garcia said on her shooting. “The biggest challenge for a shooter is even if you see them miss early is to continue to shoot them.”

Even though the offense was able to put up a high scoring game, the defense was able to shut down Kentucky State with a total of 10 steals, four blocks, 49 total rebounds and 51 total points. Eight of these rebounds came from freshman Khamari Mitchell-Steen.

NKU outplayed Kentucky State for a majority of the game holding the lead for 34 minutes and 56 seconds in total. The women’s basketball team was even able to have a lead high of 26 points during the third quarter. This allowed for a high amount of bench substitutions during the game.

“It’s always good for the girls that up to this point haven’t gotten as much time,” said head coach Camryn Whitaker. “Was really, really proud of Ellie (Taylor) today. I thought she came in and gave us some quality minutes.”

Taylor was able to come out of Wednesday’s win with seven total points and two assists in a total of 17 minutes and 55 seconds.

“I think it’s really going to help tremendously,” Garcia said about Wednesday’s win. “Everyone got to come in. That’s going to help them practice with confidence and pushing each other every single day.”

After Wednesday’s game NKU’s women’s basketball team will not return to BB&T arena until Friday Jan. 7. This means the next four games will be on the road.

“With going on the road four games in a row, we’ve already done that once this year and we won three of the four against good opponents,” said Whitaker. “I expect our team to be prepared for that type of environment. We’ve already been tested a little bit.”

NKU travels to Saint Louis to take on the Billikens on Saturday, Dec. 11. Tipoff is scheduled for 8:30 P.M. EST and can be watched on ESPN+.