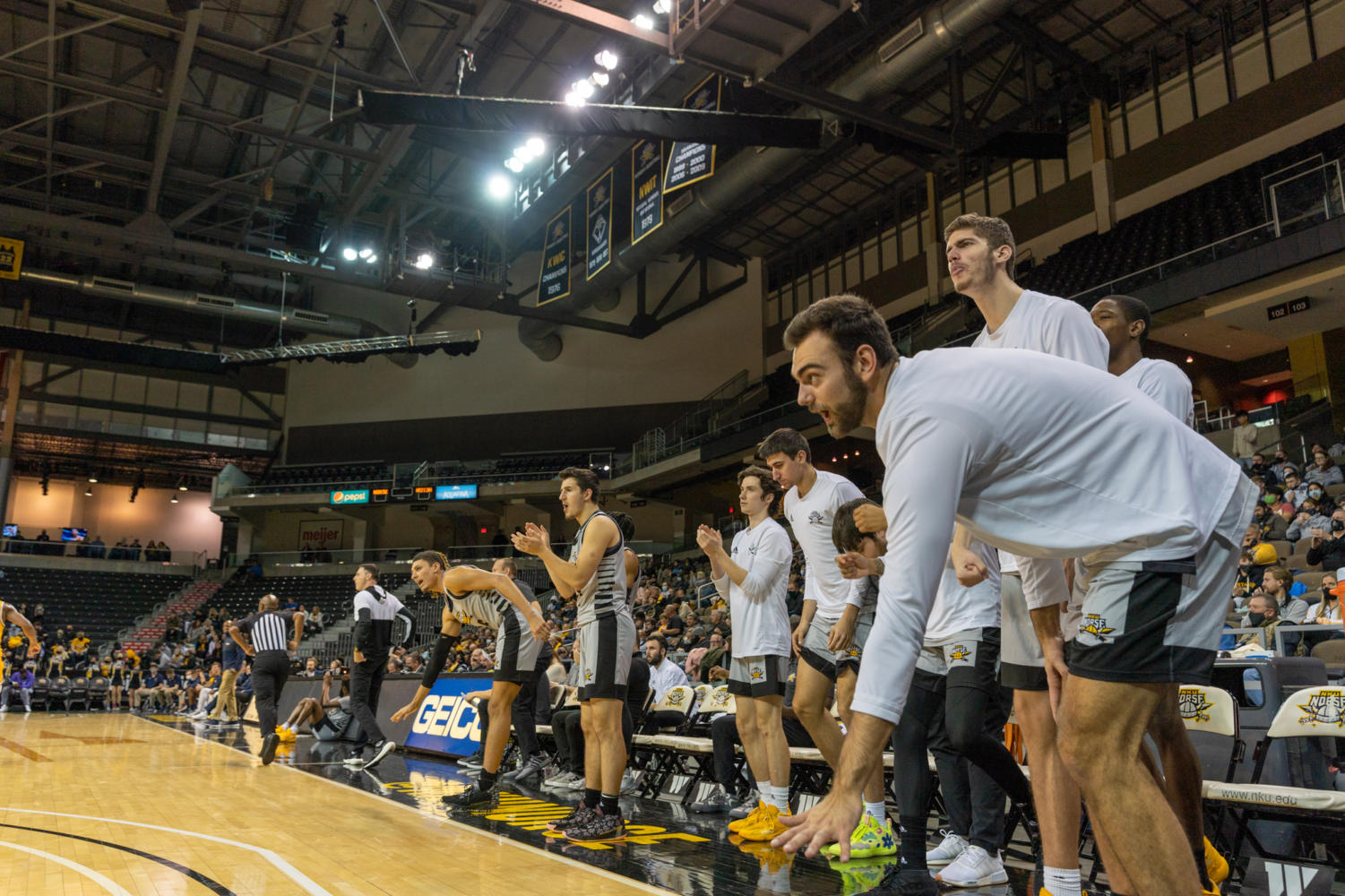 The NKU bench celebrates during the Norse 75-62 win over Canisius on Wednesday at BB&T Arena. (Cameron Nielsen)

Norse get back on track with win over Canisius 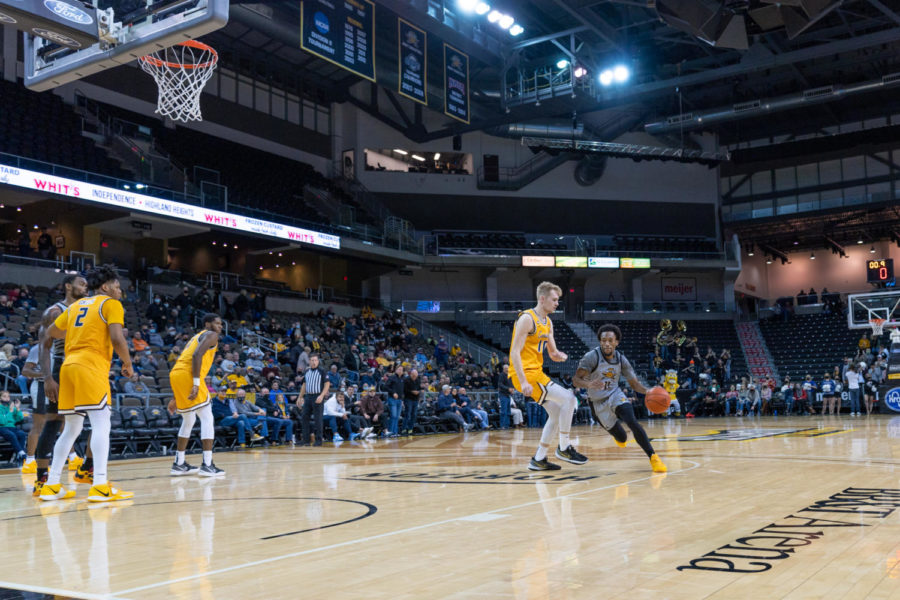 The Northern Kentucky Norse men’s basketball team was back in action Wednesday Night at BB&T arena where they took on the Canisius Golden Griffins. The Norse came away with a 75-62 win.

Sophomore Marques Warrick led the way for the Norse on the offensive end with a career high 30 points. Senior Adrian Nelson was a monster on the boards, pulling down 14 rebounds in the victory.

Coach Darrin Horn was very impressed with his senior forward’s effort on the glass Wednesday Night.

“I think he’s as good as there is in our league, and our level at being an energy guy, impact guy, defensively and rebounding the ball”, Horn said.

Prior to Wednesday night’s matchup with Canisius, the Norse had lost four straight games, and were looking to get back on track.

Coach Horn was very pleased with his team’s effort tonight against the Golden Griffins and getting back on track in the win column.

“I think obviously this was our best game of the year, in terms of being most complete on both sides of the ball. We have been talking for several weeks now, with even a couple of the games we have won, that for us to be good, our guys have to play well. I think we showed that tonight with our guys getting back on track”, Horn said.

Sophomore Marques Warrick put on a show Wednesday night, scoring a career-high 30 points, shooting 10-14 from the field, including four three pointers. Warrick had been struggling from the field in the two prior games shooting a combined 5-22.

Horn was very impressed with his sophomore guard.

“Marques really committed to playing the right way tonight. He was tremendous running the floor in transition, he cut really hard, and he was really active defensively. He is starting to grow as a player and becoming a complete player”, Horn said.

Freshman guard Sam Vinson put together his most complete game of the season Wednesday. Vinson tallied 17 points and five rebounds in 38 minutes, and it seems he is adjusting to the college game very well after just eight games.

“It’s gotten easier and easier as games have gone on. You just get more comfortable out there, and coaches tell you to do your thing. Feels a lot better out there and feels even better to get a win tonight”, Vinson said.

Coach Horn continues to be impressed by his freshman guard, playing the most minutes out of any starter on Wednesday.

“He’s just really good. He is a rare talent, and he is physically ready, even more so than I thought he would be. He’s got great size and he is strong for a freshman. He just has a way where he goes out and plays and has a great poise about him which is unusual for a freshman”, Horn said.

The Norse are back in BB&T arena on Sunday afternoon as they take on the Alice Lloyd Eagles at 2 PM. Fans can watch the game on ESPN+ or listen on The Project (100.7./106.3 FM).