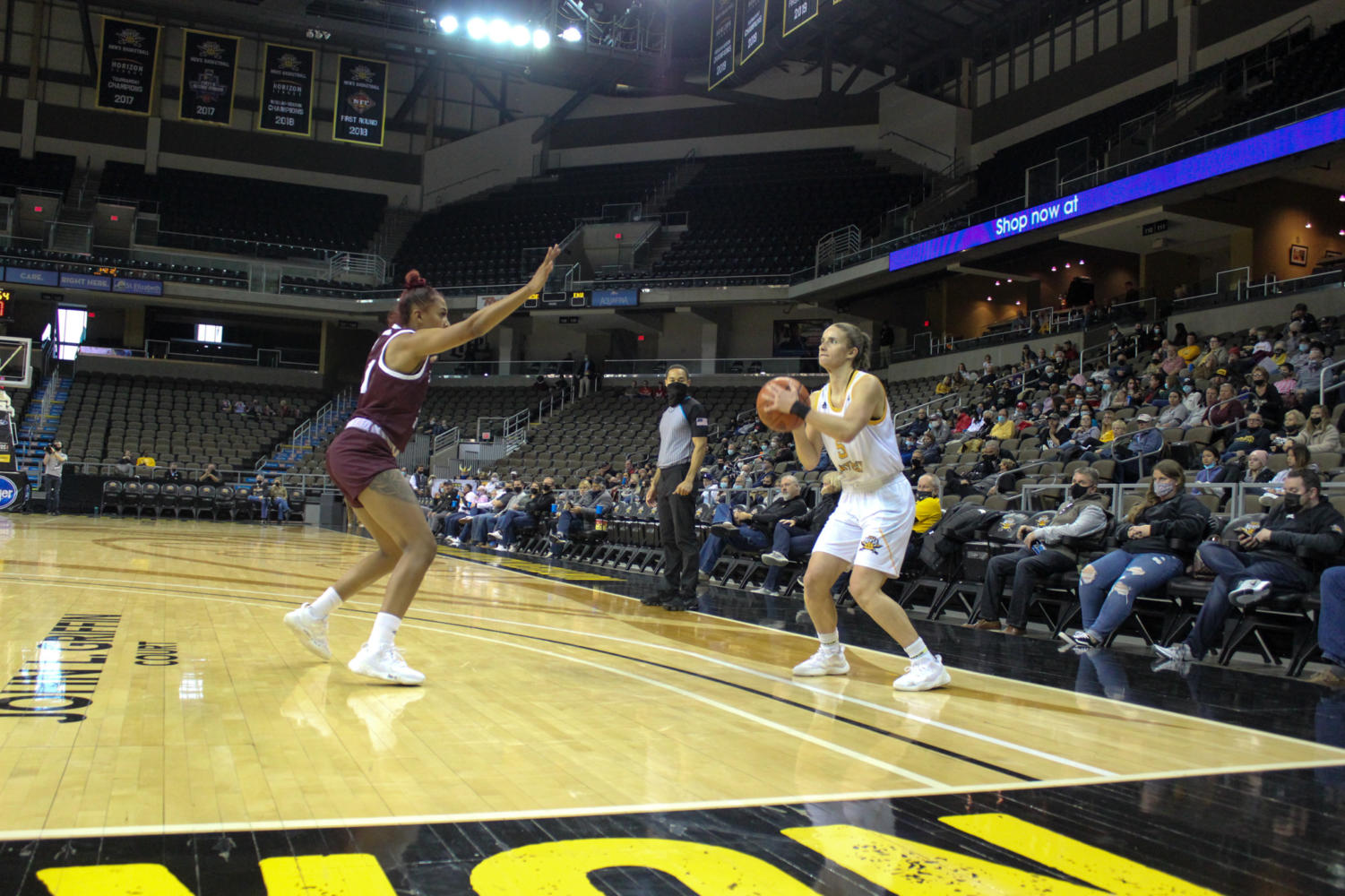 NKU improves to 1-1 on the season 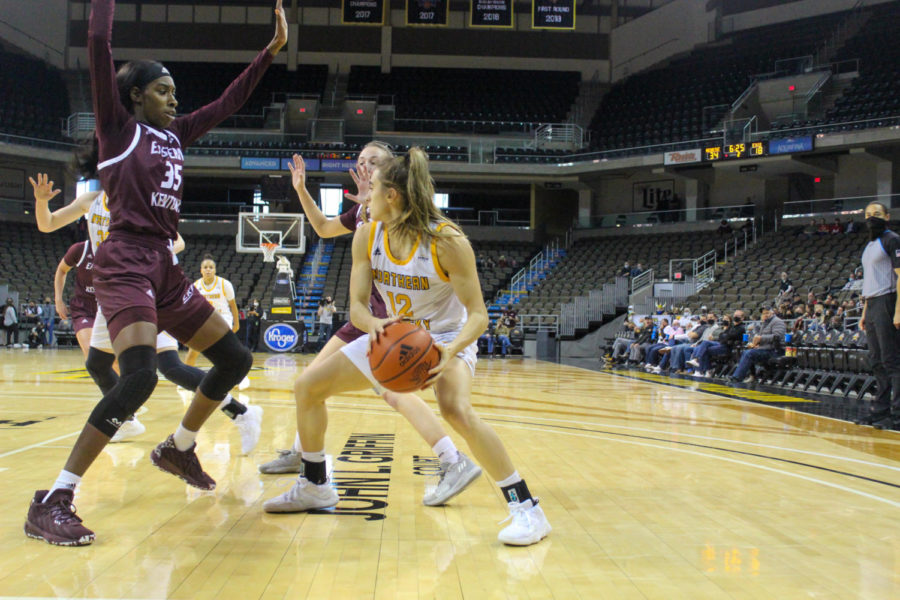 Gallery|5 Photos
Matthew Dietz
NKU guard Carissa Garcia fights through a trap near the baseline on Sunday against Eastern Kentucky.

The Norse had nine different players score against Eastern Kentucky on Sunday.

“It’s nice to have people come in and have some depth and be able to do some different things defensively that we might not be able to do if we had a limited bench,” head coach Camryn Whitaker said. “Just to have the point production that we had tonight was one of the things I was most proud of about the game.”

Similar to Wednesday night against Kent State, the Norse got off to another hot start from the field, scoring 24 points in the first quarter on a 61.5 field goal percentage. Up 9-6 early, the Norse rattled off a 13-3 run in the opening period, led by five points from Turner to take a commanding 22-8 lead. NKU led 24-14 after the end of the first quarter, allowing the team to gain momentum for the rest of the afternoon.

“Lately we’ve been focusing on our first five minutes, because sometimes how you start your five minutes is how the game goes,” Duvall said. “I thought we executed the game plan really well in five minutes and made a statement, which I think led us to win it.”

In the second quarter, Garcia, who came off the bench in Sunday’s game, put her stamp on the game in emphatic fashion, burying a trio of three-pointers in the quarter, helping the Norse enter halftime with a decisive 44-23 advantage.

Garcia, who shot a respectable 33.3 percent from beyond the arc last season said that she has worked with the coaching staff to further strengthen that aspect of her game this season.

“My coaches are always telling me to catch and shoot and my teammates did a good job of getting me the ball today,” Garcia said.

“I think our team has really bought into it,” Duvall said about the defensive pressure that the Norse applied on Sunday. “Our execution on defense was really well, we stayed with the game plan and really watched who we were guarding and I think that led to the turnovers.”

In the second half, the Norse continued to apply that defensive pressure, while Duvall, who had only six points in the first half, shot the ball very well in the third quarter, going 4-5 from the field for nine points, while no other Norse player contributed more than three points in the quarter.

While the Colonels were able to cut the deficit to 11 with 4:00 left in the game, the Norse put an end to Eastern Kentucky’s 10-0 run with a three by Garcia, her fourth of the game. Another layup by Garcia and a dagger three by Duvall with just over a minute left sealed the victory and moved the Norse to 1-1 on the season.

After shooting over 45 percent from beyond the arc during Wednesday’s loss to Kent State, the Norse once again made a high percentage of their three-point shots on Sunday, shooting 40.9 percent to give them 19 total triples through two games.

“I’m just glad that they’re seeing the ball go through the net, because they work so hard, these two (Duvall and Garcia) especially,” Whitaker said. “They get up shots every single day, every time I walk in the gym they’re in there shooting, so I’m glad to see it pay off in a game situation because I see them do it every day in practice, but you’ve got to do it when the lights are on and people are in the stands.”

“Khamari is the best defender on our team, and she shows that every single day in practice,” Garcia said. “In the offseason, the summer, preseason, she brought it every single day and I think everyone on our team was very impressed from day one with her, so it was awesome for her and we’re all happy to see it.”

Up next, the Norse will hit the road for two conference games, beginning with Green Bay on Thursday night, and Milwaukee on Saturday afternoon. Milwaukee was picked second in the Horizon League preseason poll, while Green Bay was picked third. The Norse slotted in right behind at fourth.

“We’re all going to get tested really early, and we’re going to get tested on the road,” Whitaker said. “I’m looking forward to it, just to see where we are, they’ve only played two games too, so we’re in the same boat and we’ll get out there and give it our best shot.”

Both games can be seen on ESPN+. The Norse next game at BB&T Arena will be Dec. 3 when they play host to Cleveland State.