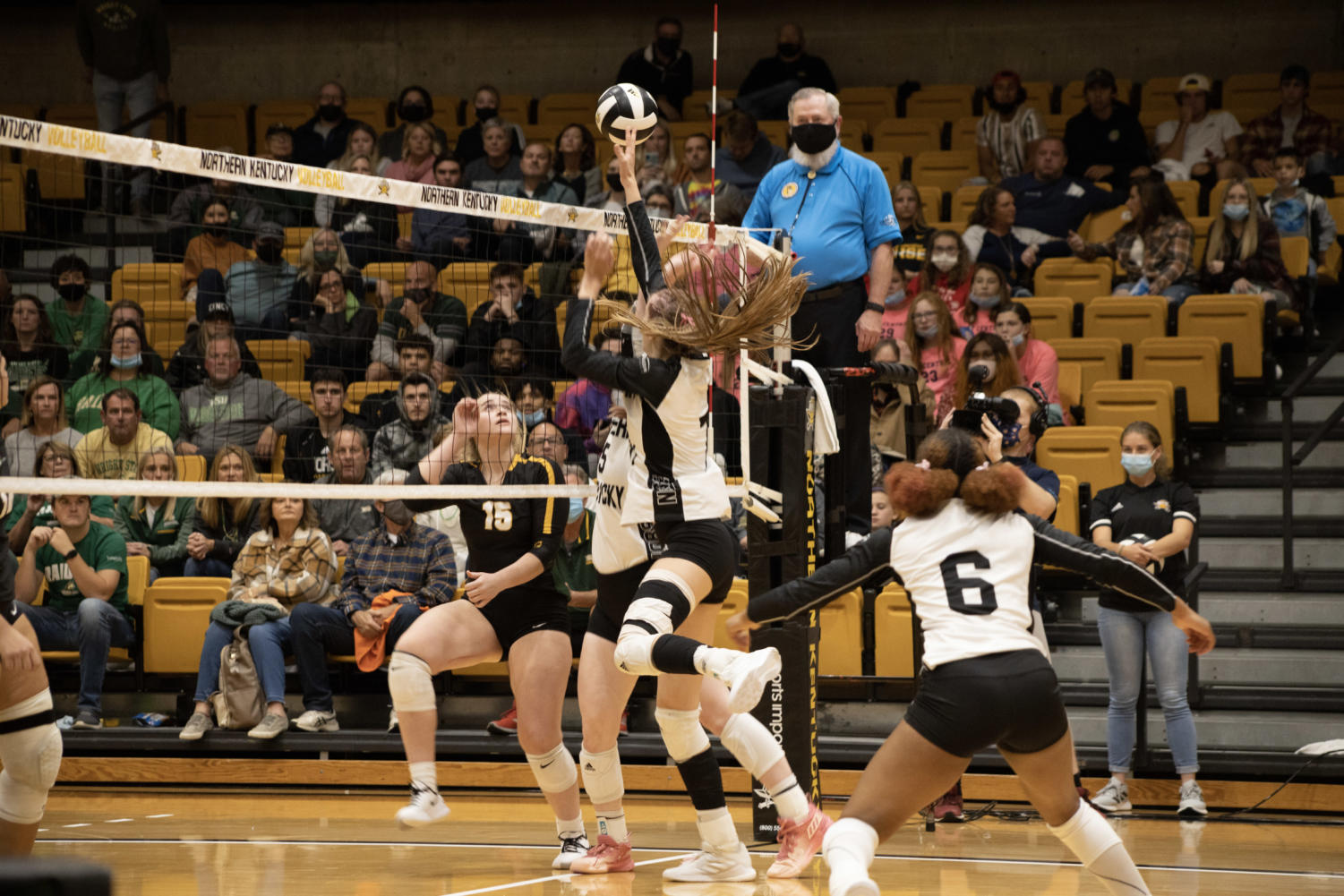 Several NKU players go for the ball during NKU’s 3-2 loss to Wright State on Friday.

Norse had won seven in a row coming into the match 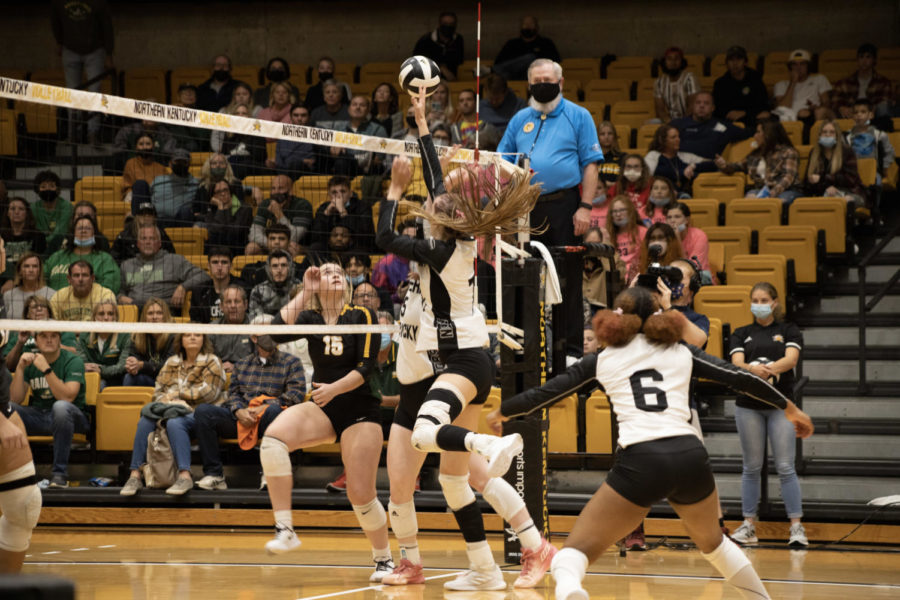 The two teams traded set victories throughout the evening, with the Raiders jumping out to an early 1-0 lead in the first set, putting away 18 attacks in the process. In the second set, the Norse evened the match, as junior Reilly Briggs recorded eight kills, while senior Anna Brinkmann had three kills.

The Norse were able to take a 2-1 lead in the match after a nail biting 25-23 third set victory, as Brinkmann once again led the way with 10 digs and six kills.

That lead would not hold however, as the Raiders mounted a comeback in the fourth set, pulling ahead 16-9 and eventually winning the fourth set in convincing 25-18 fashion. That led to a crucial fifth set, as the Norse grabbed an early 4-2 lead, but the Raiders fought back, claiming the final two points on their way to a 15-12 final set victory.

For the match, Brinkmann recorded 18 kills, while Briggs picked up 13 kills and senior Miranda Wucherer had 11 kills to go along with 26 assists. Sophomore Katy Yopko also recorded 24 assists.

Following a tough loss against a rival in Wright State, the Norse will look to get back on track on Thursday, Oct. 28 at home against Milwaukee. The match will begin at 6:00 p.m. at Regents Hall.