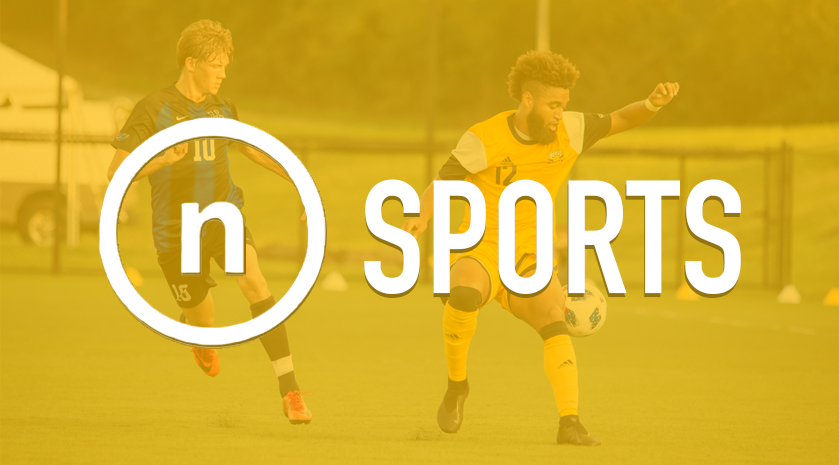 In an epic Horizon League championship showdown between the top two teams in the Horizon League, the Milwaukee Panthers defeated the Northern Kentucky Norse women’s soccer team in penalty kicks, advancing to the NCAA Tournament.

After the 90-minute regulation period was not enough time to crown a champion, the game advanced to two, 10-minute overtime periods, in which both teams failed to score, though not without several dangerous opportunities on both sides. As a result, the game went to penalty kicks, as each team sent five players to take five different shots at the goal.

With a go-ahead goal by Milwaukee’s Taylor Hattori in their fifth attempt, followed by a save from goalie Elaina LaMacchia on a Kayla Wypasek shot attempt, the Panthers narrowly edged out the Norse 4-3 in the shootout.

The shootout began with each team connecting on their first two shots, as Jelena Sever and Gaby Schwartz were successful for the Panthers, while Annie Greene and Kiley Keehan slotted their attempts into the back of the net for the Norse.

By the end of the third round of penalty kicks, the Norse seemed to hold a slight advantage, as goalkeeper Mimi Stines swatted a shot from Milwaukee’s Haley Johnson, and NKU forward and Horizon League Player of the Year Kailey Ivins guided her shot into the net, pushing the Norse ahead 3-2.

That lead would be short-lived however, as back-to-back goals by Mackenzie Schill and Hattori, and consecutive misses from NKU’s Chloe Mills and Wypasek sealed the match, with the Panthers winning their third consecutive Horizon League Tournament championship.

“We just kept getting better and better, and there was never a day where we walked off the field and didn’t think that our players gave 100 percent,” Head Coach Bob Sheehan said about the 2021 spring season.

The Norse came incredibly close to notching the first goal of the match in the 67th minute of regulation, as Greene headed the ball in, but the play was called back due to a foul, keeping the score tied at 0-0.

“It was a beautiful restart, and it appeared to be a beautiful goal. Tough to get called back in a championship match,” Sheehan said.

Leading up to the penalty kicks, which as Sheehan acknowledged do have an element of luck involved, Stines was terrific in the goal once again for the Norse, capping one of the best stretches for a goalie in NKU women’s soccer history. Stines picked up seven saves on Saturday, defending 15 Milwaukee shots in the goal.

Although the 2021 season did not have the ending that those within and around the NKU program had hoped for, Sheehan said that he was proud of the way that the Norse handled adversity this season, amid the many difficult circumstances that they were presented with.

“This has been an incredibly challenging year as everyone knows, for a lot of different reasons, and this group showed up from really day one when we were allowed to train, and I think our team did an amazing job of following all the guidelines and protocols,” Sheehan said.

For Milwaukee, the Panthers now move on to the NCAA Tournament, as they await their draw that will be announced on NCAA.com Monday, April 19.

“It’s always about the draw,” Milwaukee Head Coach Troy Fabiano said. “We’ve been there, we’ve had the experience, so we’re excited to represent the Horizon League and hopefully we can get a win and move on.”

It certainly got chippy and physical at NKU Soccer Stadium on Saturday evening, as a total of 24 fouls and seven cards were called, but the Milwaukee Panthers were able to hold onto a 1-0 lead, earning their tenth NCAA Tournament appearance in program history.

From the outset of the game, both teams were playing an aggressive style of soccer that resulted in multiple skirmishes between players, culminating at the beginning of the second half, when three yellow cards were issued within the first four minutes.

Then, in the 48th minute, NKU forward and All-Horizon League First Team honoree Dylan Bufton was issued a red card, ejecting him from the contest and leaving the Norse to finish the remainder of the game with only ten players on the pitch.

“I think it was two minutes that changed the game,” Head Coach Stu Riddle said. “You have a penalty kick and a chance to tie things up right after halftime, and to miss that and then lose a player, it completely turned the game around.”

The Panthers were the aggressors on the attack throughout the match, finishing with 17 shots taken to NKU’s seven. Of those 17 shots though, only six came on goal, while the Norse collected five such shots.

It was that aggression that netted the Panthers the decisive and lone goal of the game in the 19th minute, when junior midfielder Paolo Gratton was able to get the ball out of a crowd at the net, and slot it past NKU goalkeeper Daniel Bermingham for the 1-0 lead.

The Norse continued to find open opportunities at the net to tie the game, including in the 69th minute, when freshman Deryn Armstrong was alone near the box, but was quickly surrounded by multiple Milwaukee defenders, neutralizing the threat. Sophomore forward Brodie Sallows collected two shots, while five other members of the Norse had one apiece.

Regardless of the final score on Saturday, the 2021 Norse were projected to finish in eighth place in the Horizon League preseason poll, and instead won the Horizon League regular season and came within just one game of advancing to the NCAA Tournament.

“We can’t discount how far this team has come,” Riddle said.

As the Norse head into the offseason and prepare for the fall season, Riddle is confident that the Norse will be able to stay near the top of the Horizon League and continue to compete for championships.

“We’ve got one senior, everyone’s going to be back, we got some really good additions that will be joining us in the fall. I think everyone is just stinging a little bit now, but again we’re really looking forward to the program moving forward,” Riddle said.