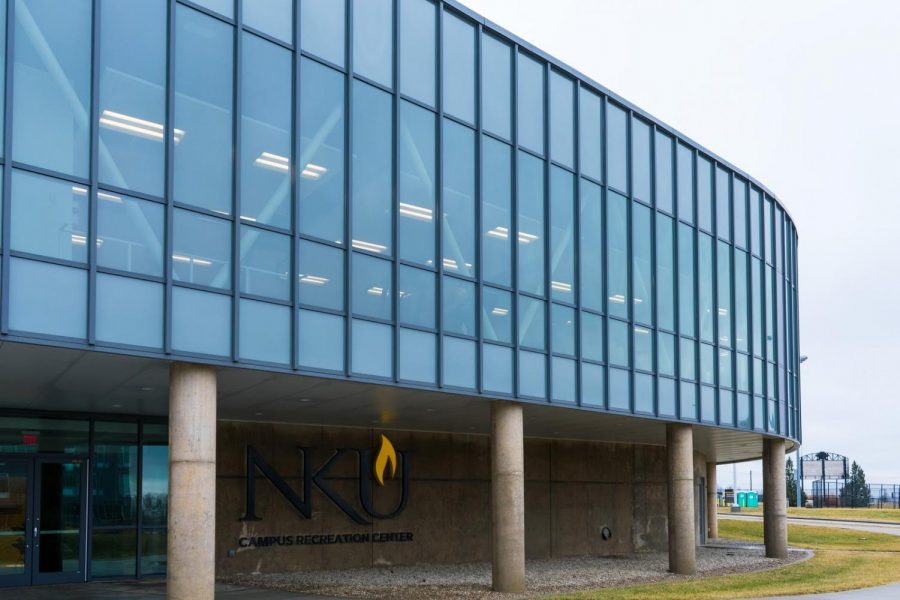 The exterior of the campus recreation center on the campus of Northern Kentucky University.

The two are both passionate about Spikeball so they gathered as many people as they could to build the club. Eventually, the two met and decided that Rogers would continue to push for the club. Since then, Rogers has taken a step back as President to focus on his workload and Aaron has stepped into that position.

Spikeball Inc. launched in 2008 by CEO Chris Ruder and was taken to Shark Tank in 2015. While there, they were able to secure a deal with one of the Sharks, Daymond John. While the deal ended up falling through, the fame that Spikeball gained is what pushed the company to grow from a warehouse in Ruder’s basement to have over four million players.

Spikeball club is for everybody—if you’ve been playing since middle school, if you’ve never touched a net before, Rogers said that everyone should at least give it a shot.

It’s “just fun recreational time where we listen to music and just play around and have some fun, it’s distressing, or relaxing to just be around your friends and just anybody can come, anybody can play” Aaron said.

Pat Slynn, a member of the Spikeball club said that his favorite part of Spikeball is the “relationships I’ve built through that and continuing to do that.”

Spikeball has continued to be an outlet for Slynn like many other students to get to know others and build relationships in ways they may have never imagined.

Everybody is welcome to join the Spikeball club. During the days that the club meets, there are typically 2-4 games going at a time. Each game has a different level of expertise so if someone is concerned about their skill, there are different levels for everybody.

The Spikeball club meets at the Intramural fields when the weather is accomodating, but if there are weather issues, it meets inside the campus rec center. When they meet at the rec center, they either play on the basketball courts or in a racquetball room.

“We’re willing to teach and it’s pretty simple. It’s got a very basic set of rules and then, the more you play it, the better you get,” Dezy Owens, Spikeball club Vice President, said.

Spikeball club started strong in the Fall of 2019, but like many things, COVID-19 took its toll. In Spring of 2020, the workload for many students involved became too overbearing to juggle everything they already had to with a pandemic on top of it.

For the past year, the Spikeball club has not officially met but students did participate in some occasional pickup games. Aaron plans on getting a group together again to try to bring the Spikeball club back up in full swing in the near future.