Wright State coasts to a 66-50 victory over NKU WBB 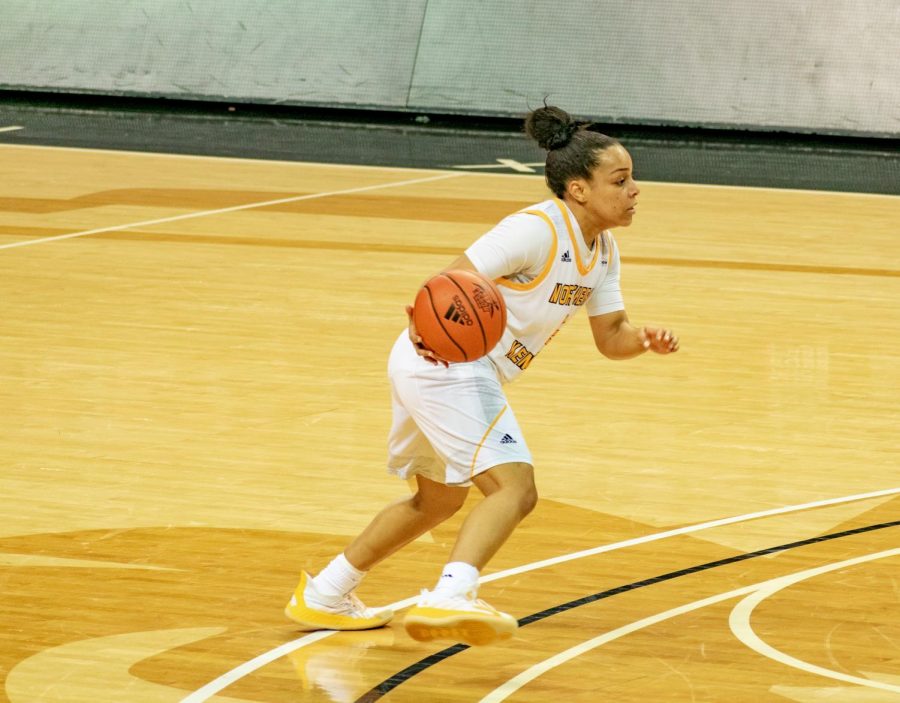 Gallery|5 Photos
Cameron Nielsen
Guard Ivy Turner dribbles the ball at the top of the key.

There were a number of reasons that the Wright State Raiders were able to come into BB&T Arena and hand the Northern Kentucky Norse women’s basketball team such a one-sided 66-50 defeat on their home court on Friday afternoon.

The Raiders had 38 of their 66 points on Friday in the paint. The Norse had just 24 such points.

There is also the fact that NKU is down several key players right now, including one of their tallest players, forward Emmy Souder, who stands at 6’1.

But perhaps the biggest reason for the lopsided result was the fact that Wright State has five rotation players that all stand at least 6’0 tall, and two more measured at 5’11. Right now, the Norse have just three such rotation players, two of whom do not start.

That height disparity was a primary factor for why the Norse, a team that rarely gets out-boarded were out-rebounded 34-27 on Friday.

The first quarter gave every indication that NKU was going to be able to stick with the Raiders, trailing by only five points on just under 50 percent shooting from the field.

The second quarter however, proved to be the difference maker for the Norse, as the offense was only able to muster nine points for the quarter, while WSU nearly doubled that with 17. As a result, NKU put themselves in a 13-point hole that they were never able to dig out of.

“It seemed in the first half especially, we were really playing hesitant,” Head Coach Camryn Whitaker said. “We passed up some of the first looks that we had, and made an easy shot typically for us, a little bit more difficult.”

The Norse did begin to mount a fourth-quarter comeback, using a 14-1 run to trim the deficit to as low as seven, but the Raiders, led by guard Angel Baker, buried the Norse by shooting 60.0 percent in the fourth quarter, securing the double-digit victory.

“Whenever we lose, we usually let teams get started really early, and I think if we’re more disciplined from the beginning, that we will have better outcomes,” redshirt junior guard Lindsey Duvall said.

The Norse struggled mightily shooting the three on Friday afternoon, cashing in on just three of their 18 attempts. While the Raiders also struggled to capitalize on their shots from deep, they were able to score efficiently from other areas on the court, whereas the Norse were not.

“I hope that tomorrow that we can come back and be a little more confident and look to take those first shots when we get them,” Whitaker said.

With the win, Wright State improved to 14-5 overall and 14-3 in conference play. NKU fell to 6-8 overall and 6-3 in Horizon League action with the loss.

The two teams will meet again tomorrow afternoon at BB&T Arena, concluding the final home series that the Norse will play during the 2020-21 regular season.

“The beauty of these types of games, where you play back-to-back is you got to have a short memory, you got to try to learn a little bit from it and make a few adjustments,” Whitaker said.

Tomorrow’s game will also serve as senior day for the Norse and their three seniors: Grayson Rose, Jazmyne Geist and Coffey.