NKU is celebrating the 50th anniversary of athletics in 2020 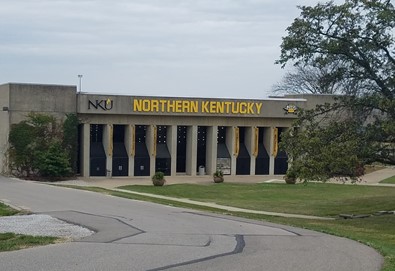 As Northern Kentucky University tries to navigate this health crisis, it also is celebrating. It is celebrating 50 years of NKU Athletics, and there are a few accolades to celebrate. Two national championships for women’s basketball, one for women’s soccer, and many other accomplishments throughout the years.

“NKU has enjoyed a lot of success,” Athletic Director Ken Bothof said. According to Bothof,  NKU has also had “one of the most successful transitions in Division I.”

“It’s really a tribute to them,” Meier said.

In 1970, then-President Steely and Dr. Claypool started the process of instituting an athletics program at Northern Kentucky State College, NKU’s original name. Claypool also advocated that the women’s sports programs have equal funding for sports as the men’s teams, which very few places did at that time, according to the NKU history timeline.

Mote Hils and Bill Aker were the first coaches hired for men’s basketball and baseball, respectively. Women’s basketball began in 1974 with Marilyn Scroggin as head coach.

According to the NKU history timeline, the first ever game in Norse history was Nov. 12, 1971 against Calvary College. It was played at the old Newport high school gym on Columbia Street, as Regents Hall wasn’t officially dedicated until Oct. 29, 1972. NKSC won that game 109-65.

NKU Athletics got off to a great start in the 1970s and early 1980s, but in 1981 they experienced major budget cuts. Men’s golf, men’s cross country, as well as men’s and women’s tennis were dropped as a result. From 1982-1985, men’s sports were moved to the NAIA due to NKU being below the minimum number of six men’s sports that the NCAA required.

In 1997, however, then-President James Votruba and the Board of Regents worked to make things right again. As a result, women’s soccer and women’s golf were added to the lineup of sports.

“Again it is a credit to the coaches, the staff, and the student-athletes,” Jane Meier reiterated.

In December of 2011, NKU declared that it was reclassifying to Division I. After many years in Division II that garnered them 72 conference titles, 25 regional titles and three national championships, NKU made history again. Since that time, NKU has continued their winning ways, which includes three trips to the Division I NCAA Tournament in the last four years for men’s basketball.

The vision that was started by President Steely and Dr. Claypool all those years ago still lives on today.

Jane Meier said when things like this happen, “you can’t let it be an excuse to stop to provide.” She also said “can’t let the student-athletes suffer.”

One of the ways to find out more about how NKU is celebrating their 50th Anniversary, is to go to the Facebook and Twitter pages of NKU Athletics, and see what they have in store.