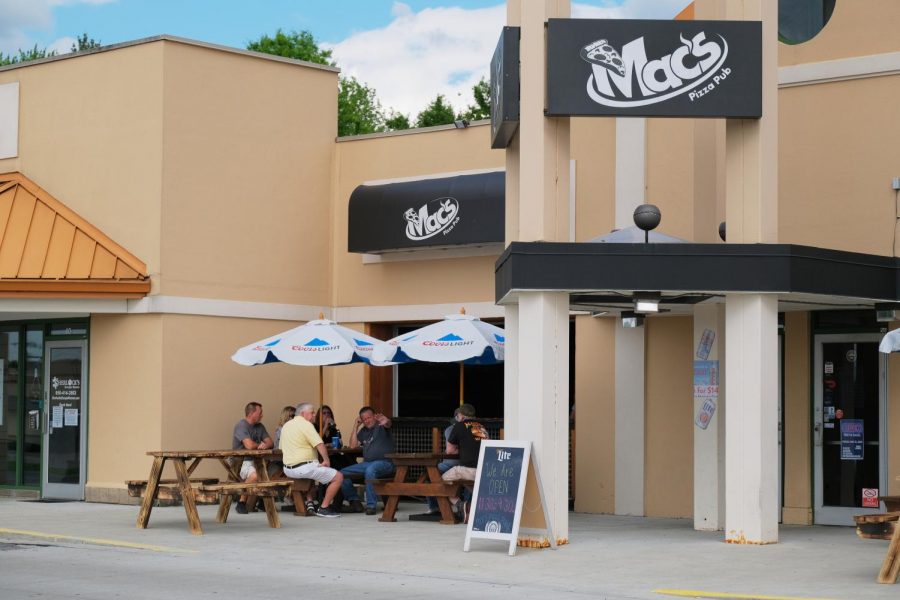 Harvey Germain said that Mac’s is preparing to handle the increased crowds and challenges that may arise.

Game day during a pandemic: How local restaurants are adjusting

Thursday, Sept. 10 will mark the beginning of a new season in the National Football League, and local restaurants and entertainment venues are preparing for the expected increase in business.

Harvey Germain, owner of Mac’s Pizza Pub in Cold Spring, said that Mac’s is preparing to handle the increased crowds and challenges that may arise.

“The big thing is usually on big sports days, what people like to do is come in really large groups and they like to put big tables together,” Germain said.

With social distancing guidelines still in effect throughout restaurants and other public spaces in Kentucky, that is not something that will be allowed when football resumes later this week.

In accordance with Kentucky Governor Andy Beshear’s latest order, all restaurants in Kentucky can only open to 50 percent capacity until further notice.

Mac’s is preparing to be creative when it comes to notifying customers what the crowd is like inside the pub before people even get out of their vehicle.

“We’re probably going to do a red light, green light scenario, where people can drive by and if they see red posters on the door and windows, they’re going to know that we’re full,” Germain said. “If they drive by and see green, it means we have some seating left.”

As for the indoor experience, Mac’s is working on ensuring that fans have the best viewing experience possible when dining.

According to Germain, Mac’s made several changes to their cable system in the last year, now giving them the ability to show different games on multiple screens.

Another venue near NKU that is preparing for the busier crowds of football season is Skyline Tavern, a local pub and sports bar that has been in business since 1939.

“I think we’ll definitely have some bigger crowds, especially with people not being able to go to the games,” Candice Yelton, general manager of the Skyline Tavern, said.

Though Skyline Tavern closed its doors temporarily in response to the pandemic, they are now operating again at 50 percent capacity and are prepared for the season.

“All of our tables are spread out outside, and we added more to have more seating,” Yelton said.

In an effort to make the experience outside as enjoyable for customers as possible, Skyline Tavern brings out a flat screen TV onto the patio, where guests can sit and watch different games happening at the time.

Skyline Tavern had to go down to a limited menu in the aftermath of being shut down temporarily, but they are now slowly building the menu back up.

The bar hopes that they will be able to run specials for guests that choose to watch games from the establishment, either inside or outside. One new commodity is a bucket special, which allows customers to have a bucket of alcoholic beverages at their table. This limits the amount of times that they need to get up from their seat and potentially threaten social distancing protocols.

As for new food items and specials, Yelton said that Skyline Tavern is currently working on how to incorporate them into the menu.

“We are currently working on the menu right now because it’s been limited, but we always have great wing specials, and we’ll definitely do something with that,” Yelton said.

Both Mac’s Pizza Pub and Skyline Tavern frequently use social media to interact with their customers and promote new events and menu items as the venues plan on larger crowds.

Mac’s Pizza Pub is active often on Twitter with updates while Skyline Tavern typically uses their Facebook page to interact with customers.