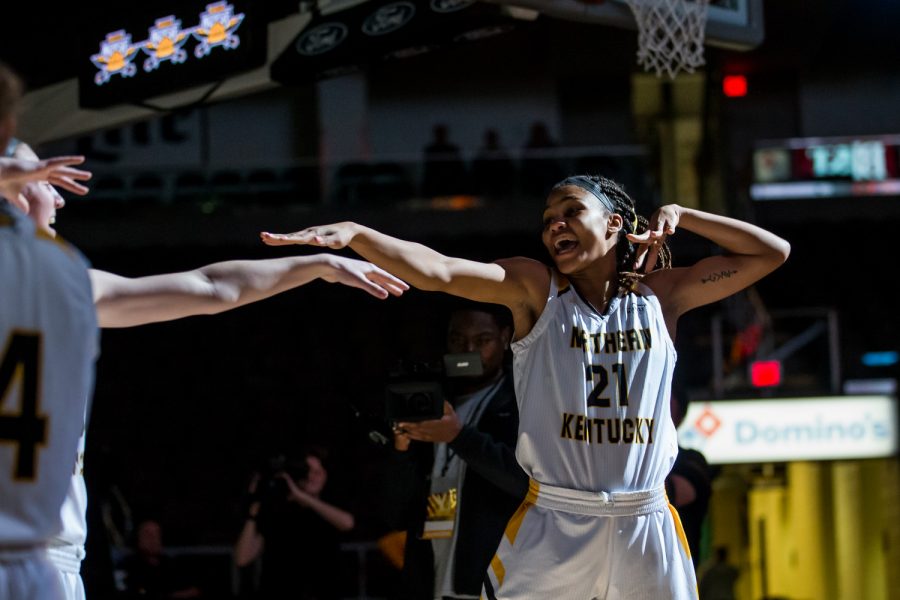 Gallery|11 Photos
Colin Johnson
Tayah Irvin (21) cheers during the introductions before the first round of the Horizon League Tournament against Detroit Mercy. The Norse defeated Detroit Mercy 94-47.

The Norse shot 50 percent from the field and held the Titans to shooting 36 percent. The Norse will go on to host the no. 5 Milwaukee Panthers Thursday, March 5 at BB&T Arena. Tip off is set for 7 p.m.