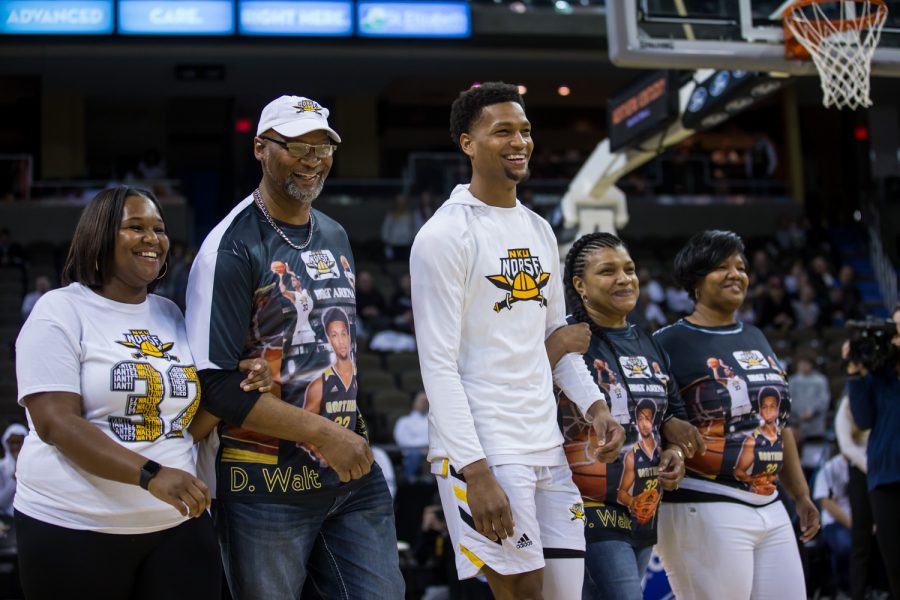 Gallery|10 Photos
Colin Johnson
Dantez Walton (32) is introduced during the senior ceremony prior to the final home game against Wright State. The Norse fell to Wright State 64-62.