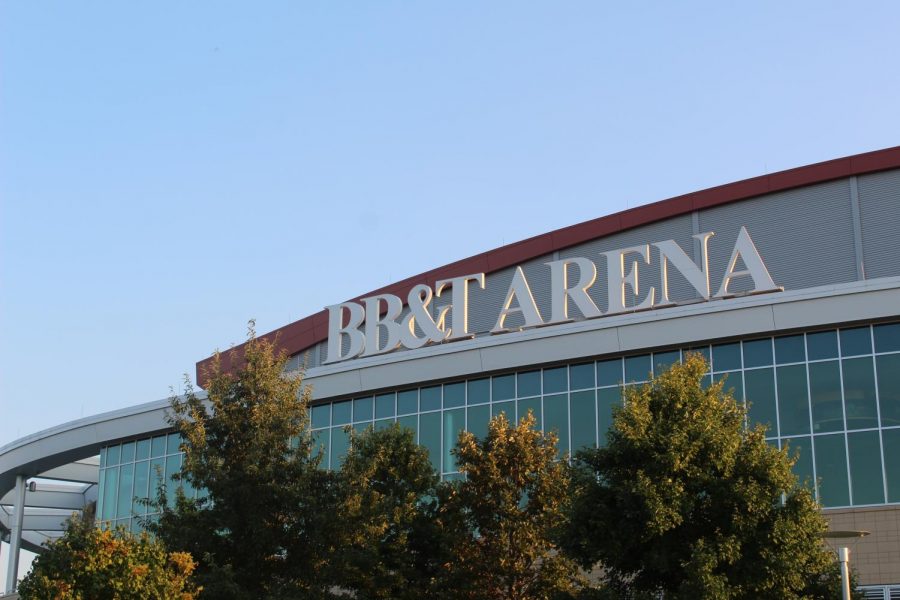 Preparing BB&T Arena: the game plan before the game

In 2018, NKU was ranked the third safest college campus in the nation, according to the National Council for Home Safety and Security. NKU police officers take pride in that title and want to continue to keep everyone safe.

“The most important part about checking the arena besides keeping everyone safe is balance between a safe event and an enjoyable event,” Police Chief John Gaffin said.

On game days, you can find several of NKU’s 17 police officers directing traffic, but extra help is needed to make sure everyone stays safe inside the arena.

BB&T receives help from the WESS security company in preparation for game days. When walking into BB&T for a game, fans are greeted by WESS security for bag checking and to make sure no one has anything dangerous on them.

“Whenever we find something dangerous at the door, we turn it into the head supervisor and they handle it from there,” Rhonda Curd, security staff and supervisor, said.

A security supervisor’s main job is to make sure everything stays in order during an event. Normally, men’s games have five supervisors, whereas women’s games have two. Typical game day prep starts at 3 p.m. and ends at 6 p.m. when the arena’s doors open, according to Jones.

Before the fans are allowed to enter the arena, Jones has to unlock the doors and remove the gates to get to the second floor so people can get to their seats.

“Game days are different than regular events here because of the student laptops, where they swipe their all-cards to get tickets to the game,” Jones said.

“Before the teams walk out, we man the four corners of the court and make sure that if any team player or referee needs any assistance, that we have the proper staff covering them,” Kamika Byrd, security staff member, said.

When the game ends, the staff gives fans an hour to hang around before they have to lock up the whole venue.

“We give parents, grandparents, fans of the other team an hour because they all like to hang out, but we have to remind them to wrap it up so we can finish our job as well,” Jones said.

At the end of the night when the arena has cleared, Jones gives word to release the EMTs, police officers and security workers.

“It’s important to be prepared for any event and we try our best to achieve that goal so everyone has fun,” Jones said.