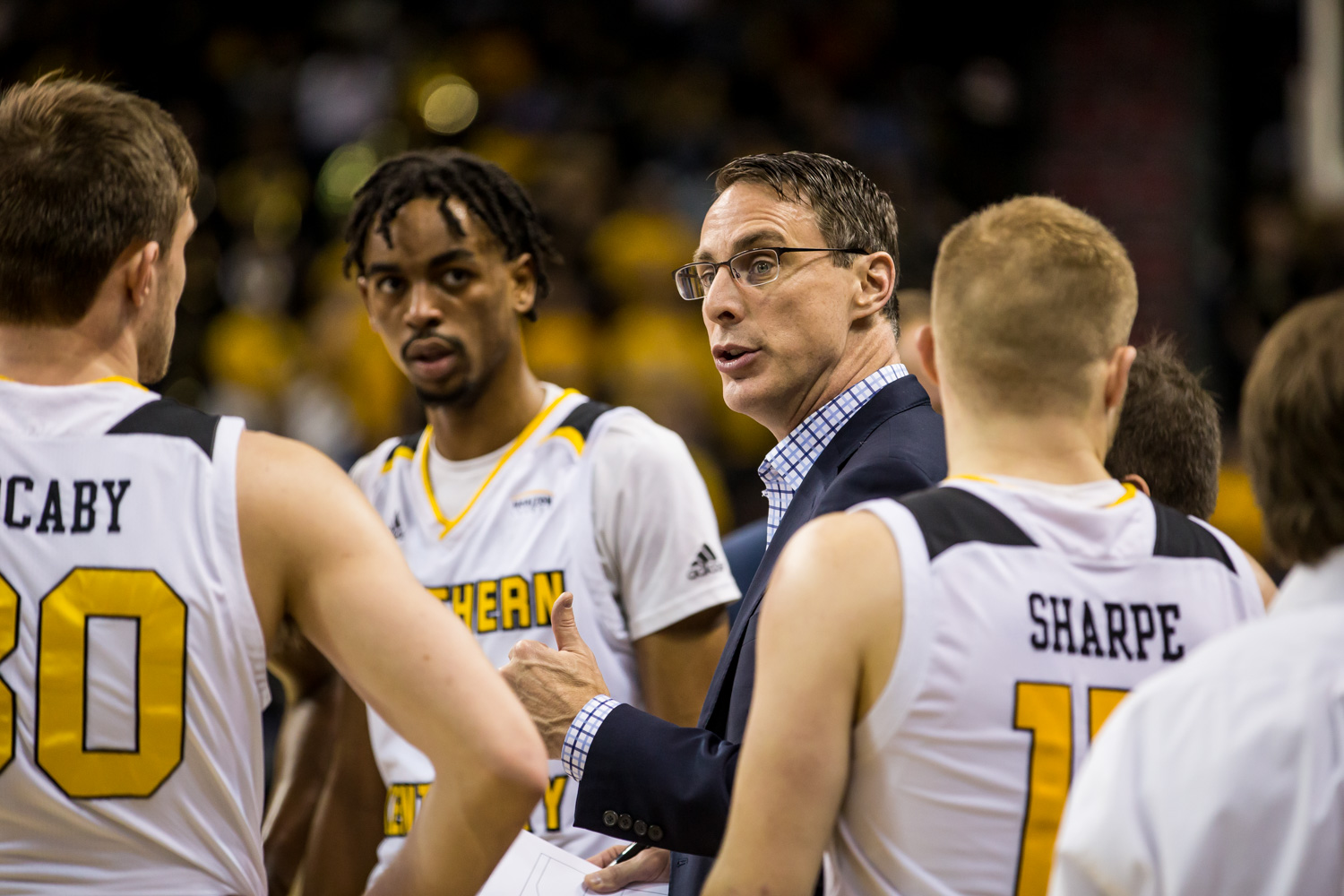 Men’s Basketball Head Coach Darrin Horn talks to players during a timeout during the homecoming game against Detroit Mercy. The Norse defeated Detroit 84-65 on Saturday night.

Homecoming Clash ends with a 19 point win for NKU 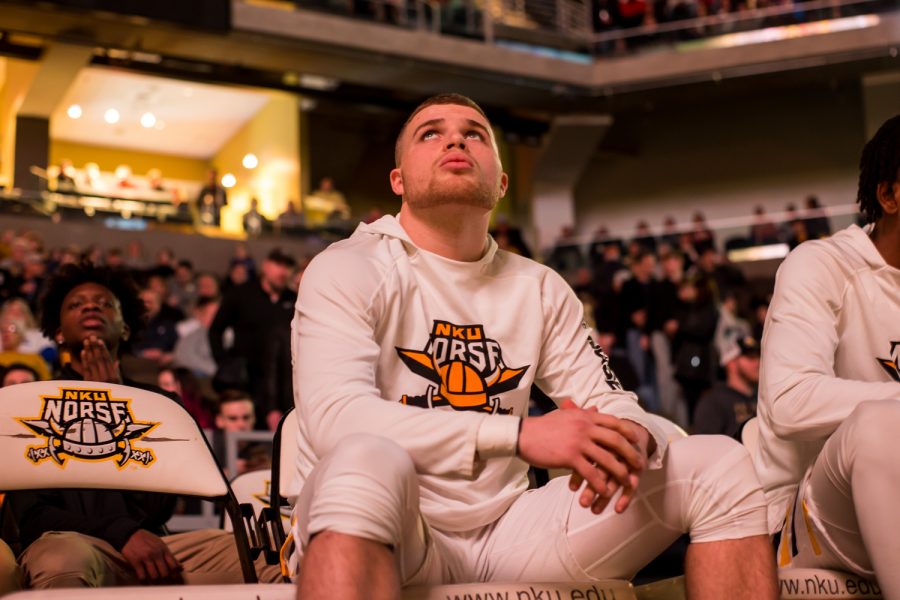 Gallery|10 Photos
Colin Johnson
Tyler Sharpe (15) watches the video board before introductions before the game against Detroit Mercy. The Norse defeated Detroit 84-65 on Saturday night.

The Norse pulled the curtains on homecoming week with a victory over the Detroit Mercy Titans at the BB&T Arena Saturday night in front of a crowd of 6,231, including 1,173 students.

The 17-7 homecoming-Norse came out victorious with their fourth straight win with a final score of 84-65 over the 6-18 Titans. NKU remains second in conference trailing Wright State after a 9-1 run in their last 10 games.

NKU took the first-half tip and ran with it. Senior forward Dantez Walton, who added six points to the game, initiated the score by draining a 3-pointer following a rebound from sophomore guard Trevon Faulkner.

“I wouldn’t really say there’s any secret [to rebounding],” Nelson said. “It’s just being more determined than the other team or just wanting it more, having the heart to go get the rebound.”

Detroit Mercy, with 5 blocked shots, made a valiant effort to stop NKU’s interior offense to no avail. Redshirt junior guard Jalen Tate shredded the paint, finishing the contest with 24 points and scoring 9-of-13 from short to mid-range.

NKU’s defense, according to Head Coach Darrin Horn, wasn’t as good as he wanted it to be in the first half, which ended with a six point lead in NKU’s favor, 41-35.

“I thought we were outstanding in the second half, especially in trying to eliminate Antoine Davis [Third in nation for scoring coming into tonight’s game].”

Nelson and senior guard Tyler Sharpe led the Norse with 4 steals a piece. The Norse had some players come off the bench hot. Sophomore guard Bryant Mocaby led that charge finishing with 8 points, going 2-0f-5 from beyond the arc. The proclaimed “Wassler crowd” even got to see sophomore center David Wassler hit a layup off the bench to secure the Norse win.

Post-game, Horn compared this game to their last rendezvous with the Titans which ended in defeat, stating that tonight the Norse simply “competed at a higher level.” Specifically pointing out the way that NKU spread the ball on offense, and stopped the Titans interior offense.

The crowd wasn’t only electrified at half-time, they kept feeding motivation to the Norse. Sharpe especially took notice saying that he wants that energy every night, realizing that he doesn’t have too many home games left.

“Seeing that crowd tonight, it’s what we play for, it’s amazing and I’m glad we could put a show on for a crowd like that.”

The Norse remain at home next Friday, Feb. 15 to take on the IUPUI Jaguars. The Jaguars are 10th in the league. Tip is set for 7 p.m. and will be broadcast on ESPN+.