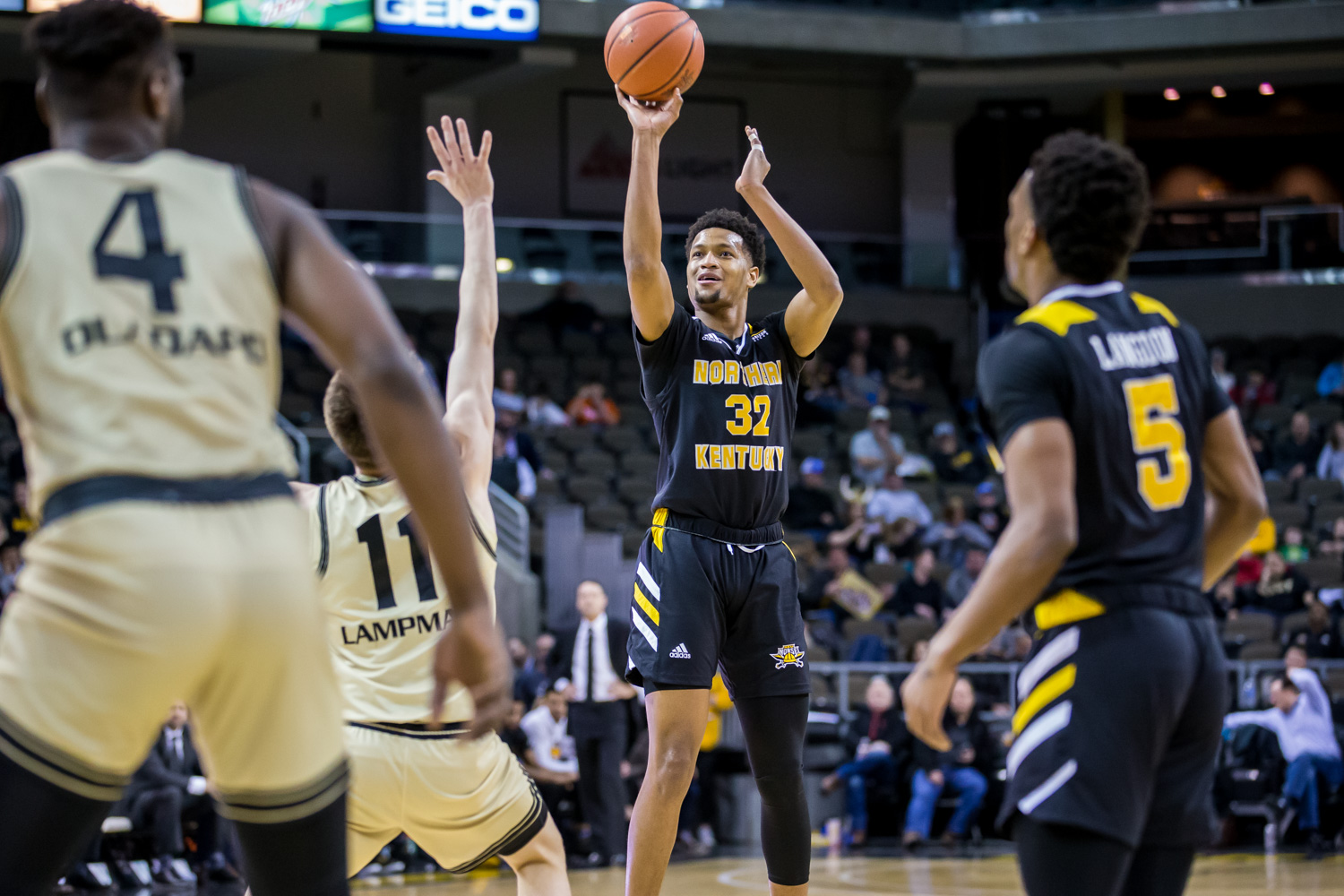 Dantez Walton (32) shoots a three point shot during the game against Oakland. Walton shot 9-of-19 on the game and had 23 points. (Colin Johnson)

Dantez Walton (32) shoots a three point shot during the game against Oakland. Walton shot 9-of-19 on the game and had 23 points. 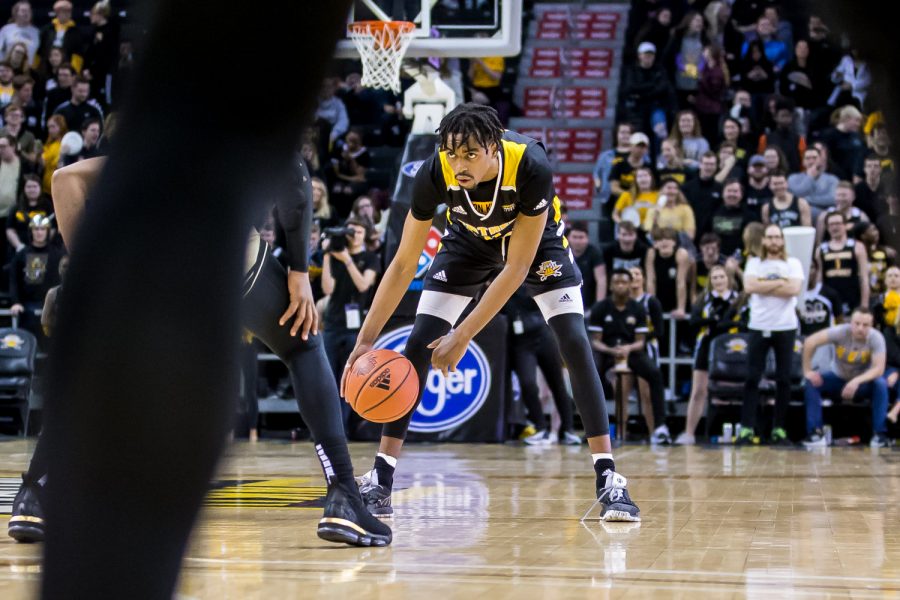 Gallery|10 Photos
Colin Johnson
Jalen Tate (11) dribbles down the court during the game against Oakland. Tate shot 2-of-8 on the game and had 5 points on the night.

The Northern Kentucky Men’s basketball team tamed the Oakland Grizzlies Thursday night. The Black and Gold won by a score of 73-70. The win was the third in a row for the Norse as they improved to 17-7 overall and 9-3 in conference play.

Senior forward Dantez Walton led the way for the Black and Gold with a double-double of 23 points and 11 rebounds. Sophomore guard Trevon Faulkner also contributed 21 points of his own on 7-15 shooting. Sophomore Adrian Nelson once again was a glass eater for the Norse. He collected 11 total rebounds, nine of which were offensive boards.

The evening did not start out well for the Norse as the Grizzlies went on a 7-0 run to begin the game. After an NKU timeout the Norse quickly climbed back and went on a 22-6 run over the ensuing five and a half minutes.

The Grizzlies clawed their way back to tie the game at the 3:24 mark. From that point to the end of the first half the lead was never larger than one switching back and forth until the buzzer. The Norse went into the locker room up by one, 33-32.

“We believe this game is about players,” Horn said. “It’s about players getting in these kind of moments and making plays on both ends of the floor.”

The Grizzlies pulled within one on three separate occasions but could never grab hold of the lead. Two Faulkner free throws with 2.2 seconds left sealed the deal for the Black and Gold.

After being missing 10 games out of the season, Walton returned back to the home court to lead the pack.

“It was definitely huge because I couldn’t wait to get back out there and just have a moment like this,” Walton said. “I am definitely excited to be back and have the crowd behind me like that.”

Faulkner credited the teams practice of ‘wall-ups’ for his steal in the last few seconds that sent him to the line.

“He was coming at me full speed,” Faulkner said. “We practice wall-ups, and I saw a chance to get the ball when he put it down and so I took it.”

With Walton back and junior wing Adham Eleeda sitting out. The rotations still weren’t “perfect.” When asked about how close he believes this team is to playing its best basketball, Horn’s answer was simple. He does not think they are very close at all.

“I do not think we are close really,” Horn said, “this is a brand new team really, we have only had it now for now three games, it is a learning curve for us.”

Next up, for the Norse is a Saturday night match with Detroit Mercy at BB&T Arena. Tip is set for 7 p.m. and will be broadcast live on ESPN+.