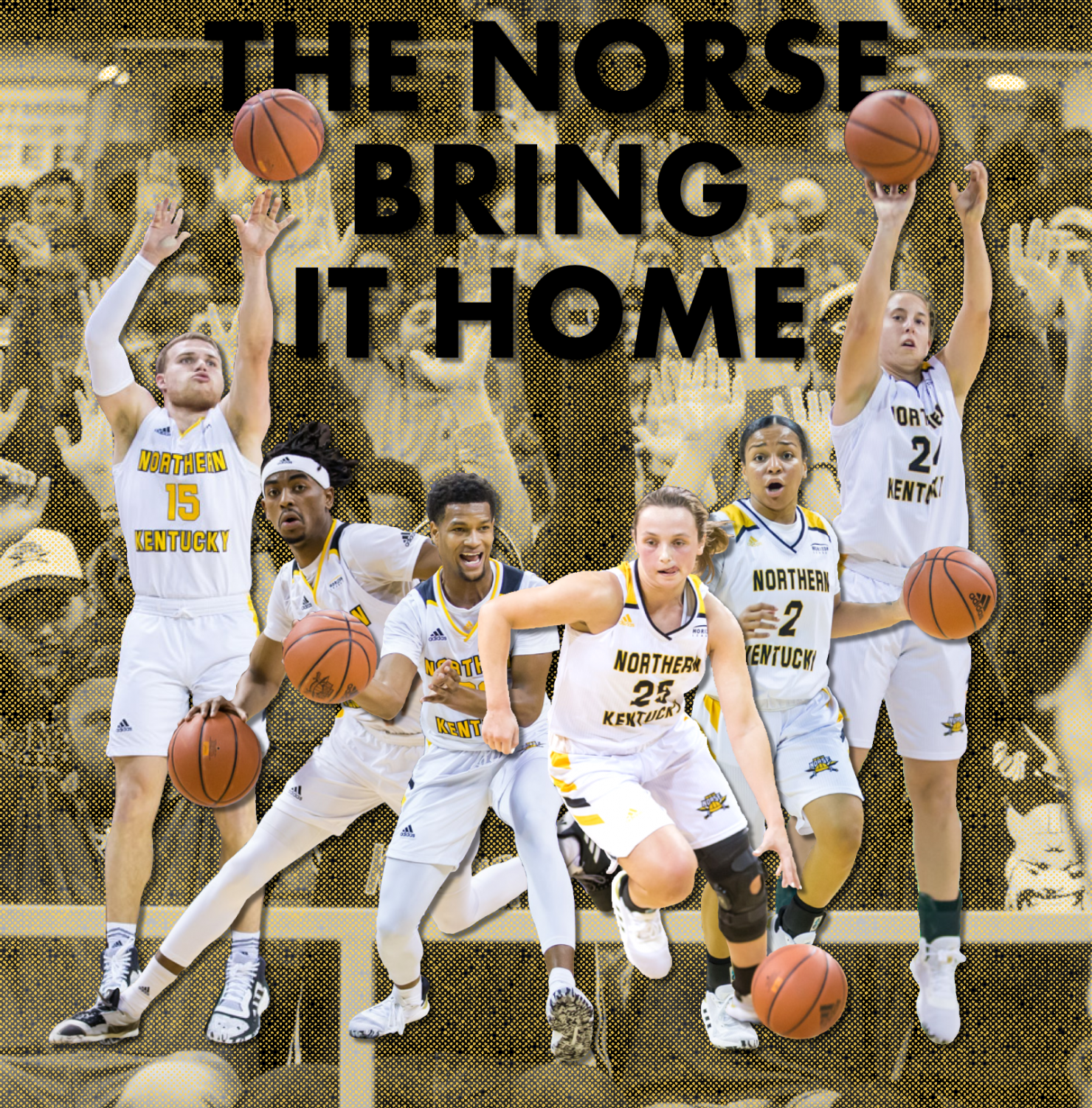 Both teams head into second round of conference play on top.

NKU basketball is on a roll right now. For the first time in the program’s Division I NCAA history, the women’s team is tied for second in the Horizon League, coming off a win streak of four. The men’s team now has their whole roster playing together at full health, are tied for second and are on a two-game winning streak. Good luck coming up with a better way to start off homecoming week!

The women’s team faces 5th ranked Cleveland State. Last time out, the Norse fell to Cleveland 73-68 at home. The conference record of this matchup stands at 3-7, but the Norse are coming off a hot streak and may change that record for the better.

Mariah Miller of Cleveland State was able to put up 21 points against the Norse, shooting 7-of-17 from the field. Miller is the top scorer in the Horizon League averaging 18.2 points per game. Offensively limiting Miller will be key for an NKU win over Cleveland. Redshirt senior Molly Glick is the highest ranked Norse in the Horizon League at 7th with an average of 12.3 points per game.

The game on Jan. 4 came down to the last minute. Despite the game being in the losing column, sophomore forward Emmy Souder and sophomore point guard Taylor Clos each had 18 points a piece in the battle, followed by sophomore guard Ally Niece with 11. Cleveland also had three players in double digits.

When it comes to scoring as a team, CSU averages around 69 points a game while NKU averages 63.8. However, the Norse defensively keep the average around 60.9 points and the Vikings sit at around 59.3. This game will boil down to defensive efforts for both teams.

The Youngstown State Penguins currently sit 8th in the conference with a 4-7 record. The last meeting on Jan. 2 was a 75-56 win for the Norse. The first quarter of the game, the Norse held the Penguins under double digits with a 19-9 lead. NKU remained ahead, and ended the fourth quarter by doubling the points Youngstown had with 24.

Youngstown sits above NKU when it comes to field goal percentages as a team with 39.3 percent, and defensively the team holds their opponents to 40.2 percent. NKU isn’t far behind for defensive field goals with 40.4 percent. Offensively, the Norse are 9th in the conference with their field goal average at 28 percent. In the last four games, the Norse average 40.4 percent from the field.

The leading scorers for Youngstown were Chelsea Olson with 13 and McKenah Peters and Quinece Hatcher with 10 each. Olson sits in the top five in free throw percentage in the league with an 83.3 average. When it comes to 3-point baskets, Maddie Shires is 2nd in the conference with an average of 2.3 made 3-pointers a game. Glick follows in 4th with 46 threes on the season and an average of 2.1 a game.

The men’s team faces the Oakland Grizzlies who currently sit 7th with a conference record 5-6. In their last matchup, NKU won 75-64. Xavier Hills-Mais kept the Grizzlies in the game, leading them with 17 points and shooting 8-of-16 from the field. Hill-Mais leads the Horizon League in field goal percentage, averaging 51.8 percent. He also sits fourth in the Horizon League in rebounding with an average of 7.7 a game.

Their Jan. 3 matchup was the first away Horizon League game for the Norse, and a tough one at that. NKU led the Detroit Mercy Titans by one going into the half, but struggled during the second half to keep the lead. NKU lost the match 66-58, shooting 33.3 percent for the game while the Titans maintained 49 percent shooting.

The Titans have the number one shooter in the league, Antione Davis, averaging 23.4 points. In their last meeting, the Norse kept Davis under his average with 17 points, shooting 3-of-17 from the 3-point line. Offensive rebounding will be a key point for the Norse, as NKU isn’t the strongest when it comes to being consistent on the glass. NKU averages 10.4 offensive rebounds, and giving the Titans second shot chances could hurt the Norse easily.

With senior forward Dantez Walton back, more guys can rotate on the bench. Langdon is a strong sixth man and has shown that in the past two games with scoring 10 and 22 points respectively.

If the Norse continue their win streaks, each team will set themselves up for a top seed going into Horizon League tournament play. After this weekend, there’s only five more chances for the Norse to take the top spot.