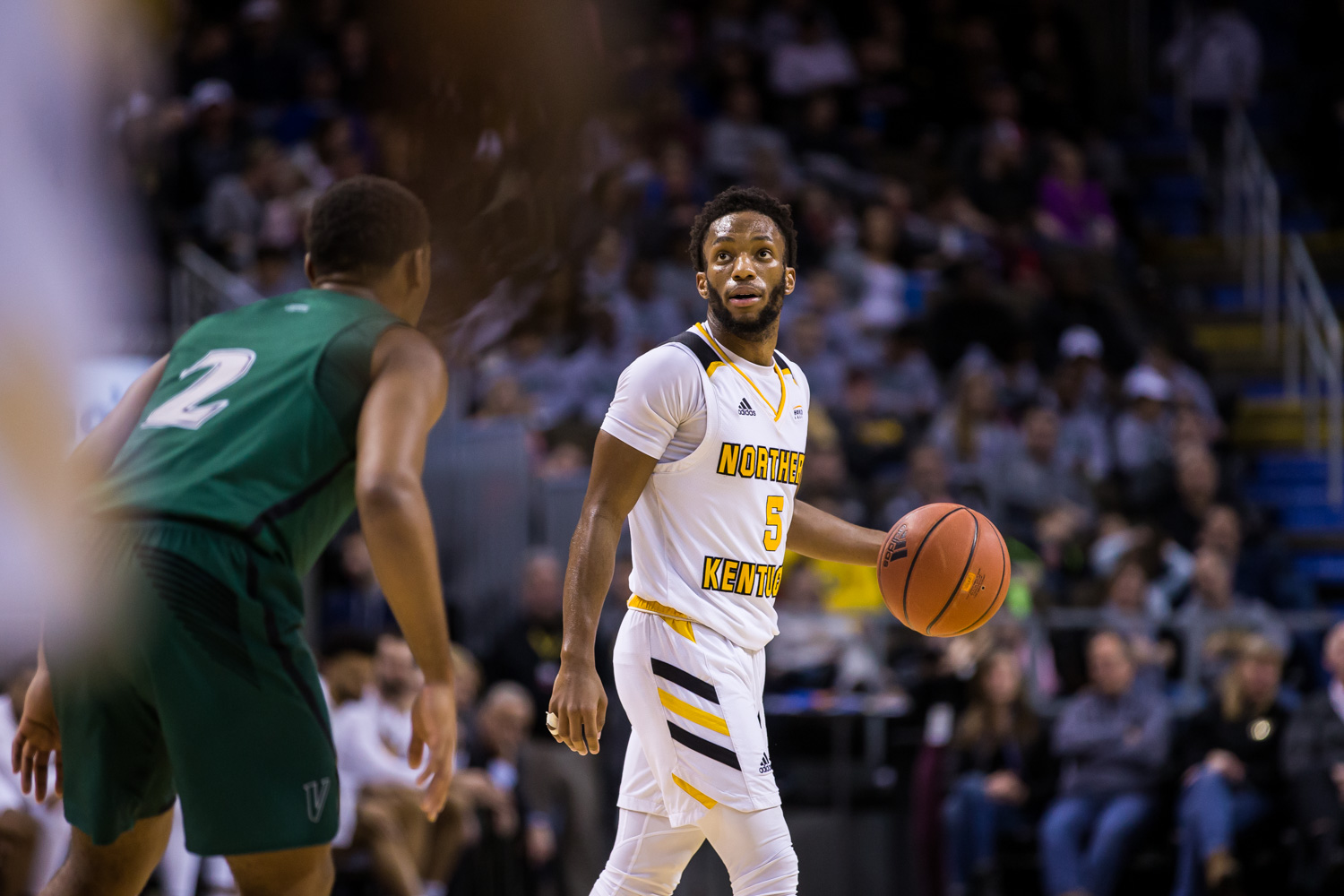 Bryson Langdon (5) watches the clock during the gfame against Cleveland State. Langdon shot 0-of-8 from the field and had 7 points on the game. (Colin Johnson)

Bryson Langdon (5) watches the clock during the gfame against Cleveland State. Langdon shot 0-of-8 from the field and had 7 points on the game. 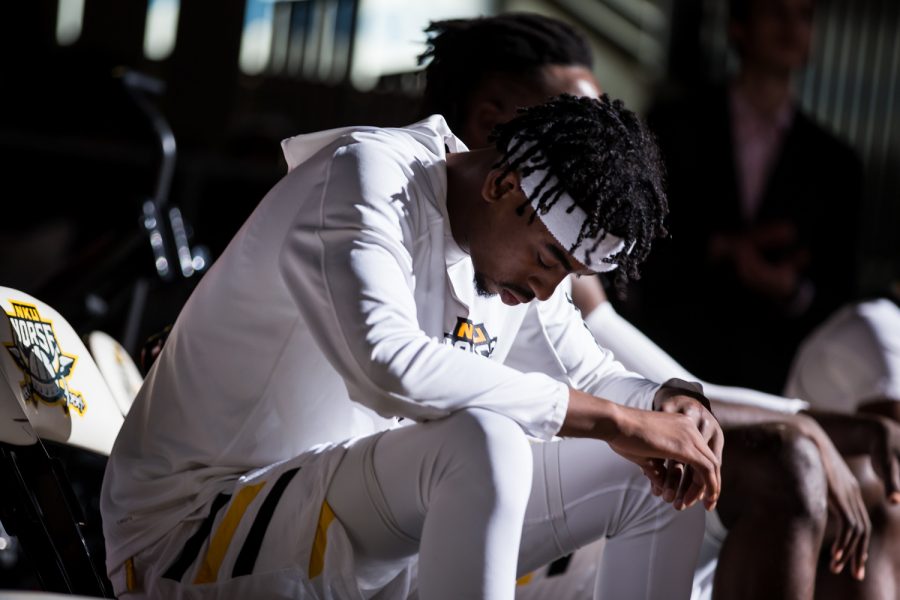 In the first half the Vikings kept it competitive until the 13:03 mark when the Black and Gold scored 18 unanswered points taking the game clock down to the 5:06 mark. This run sparked the Norse as they would never trail again in the ballgame, taking a 38-21 lead into the locker room at halftime.

“We know we are going to get every team’s best shot,” Faulkner said. “So, our mentality is just to compete and do the best we can on the defensive end of the floor.”

During the second half the Norse did not let up, pushing their lead as high as 32 points with 3:16 left in the game. The Norse were excellent from the charity stripe tonight as they shot 88 percent (22-25).

“We just wanted to come in and have the same exact mindset that we’ve been having,” Sharpe said.

The Norse are now 11-0 when they hold opponents below 64 points. It is the first time in almost two years that the Norse have held an opponent under 50 points.

In addition to his scoring efforts Nelson pulled in 10 rebounds, four of which were offensive boards.

“I understand my role on this team now,” Nelson said. “They need me for rebounding, so I need to make sure I capitalize on my role on the team.”

“The important thing is that we keep getting better individually and as a team, and I think we did that tonight,” Horn said.

Next up for the Norse is a primetime matchup against Horizon League foe Wright State. The game will take place at the Nutter Center in Dayton, Ohio. Tip is set for 9 p.m. and will be broadcast on ESPNU.