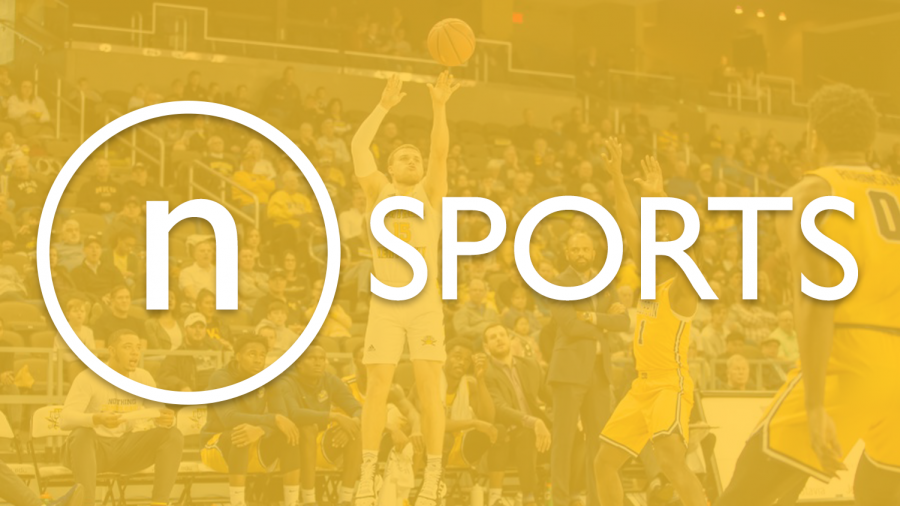 Senior guard Tyler Sharpe led the Black and Gold this afternoon with a career high 30 points. Senior forward Dantez Walton also posted a career high, with seven assists. During the win the Norse shot 52 percent from the field continuing their hot shooting percentage of recent. Sharpe’s previous career-high was 28 points against Morehead State in Nov. of 2018.

“I knew I kind of had it going a little bit, but I just kept telling myself don’t settle,” Sharpe said. “I was able to get in the paint and create plays, I kind of just used that to get into a rhythm.”

In the first two minutes of the game the Redbirds raced out to a 6-2 lead. The Norse quickly answered with a 5-0 run of their own to take the lead for the first time in the game. The lead continued to exchange hands as the first half went on, until a layup by sophomore forward Adrian Nelson at the 7:11 mark gave the Norse a 26-25 lead. The Norse never surrendered the lead again.

“Guys were in the right spots, and coach put me in the right position to make those plays and trusted me with the ball in my hands,” Walton said about his assists.

“At the beginning of the game coach challenged us, and said ‘don’t settle, just find the first open shot and take it with confidence,’” Walton said. “I believe we did that and the game plan worked out.”

During the Black and Gold’s three game winning streak, they have shot 50 percent or higher from the field.

“I think throughout the game we do a really good job of calming down a little bit,” Sharpe said. “Not taking bad shots on offense, and then that leads to us getting set on defense and then we really hammer down recently of keeping teams off the offensive glass.”

Head Coach Darrin Horn thought today was a really complete performance by the team. Horn was very impressed with the perimeter defense the Norse put on display today.

“Illinois State as a team is almost 40 percent from three this year, they have seven or eight guys who are capable of making three or four three pointers on any given night,” Horn said. “To be able to hold them to five threes I thought was really good.”

The Norse look to continue their winning streak as they head south to Greensboro, North Carolina to take on the Spartans of UNC Greensboro. Tip is set for Saturday Dec. 21 at 7 p.m. The game will be broadcast on ESPN+.