In-state showdown: More than just a match up 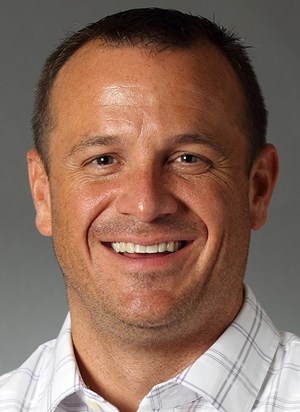 Walz is a Fort Thomas native who graduated from NKU in 1995. Walz dressed two years on the NKU men’s basketball team and graduated with a secondary education degree. During that time is when his coaching career began. Walz started coaching at Highlands Middle School in order to help him pay for schooling.

Walz also had the opportunity to coach his younger sister, Jaime Walz Richey, who now coaches girls basketball at their alma mater, Highlands High School. Richey was named the 1996 National Prep Player of the Year.

Walz said what he remembers most about his time at NKU was the relationships he built with others throughout campus.

“My teammates and then also a lot of other sports, baseball players, women’s basketball players, volleyball players. So, I really enjoyed the opportunities that presented themselves with meeting people,” Walz said.

Walz connection to the men’s basketball team is still strong. Coach Darrin Horn and Walz friendship goes back to the summer of ‘96.

“We actually roomed together for a year at Western Kentucky back when we were third assistants,” Walz said. “We’ve had a friendship that’s been going on for 20 plus years.”

Walz is in his 13th year coaching the Cardinals and has led the team to nine trips to the NCAA Sweet 16, five in the Elite Eight, three trips to the final four and two trips to the national title game. He’s coached four highly decorated All-Americans, 30 all-conference selections and nine WNBA Draft picks.

In his first year as head coach, Walz led U of L to their first NCAA Sweet 16. Walz was later named the WBCA Maggie Dixon Rookie Coach of the Year.

Walz now comes back to face the Norse. Last time Walz was here coaching BB&T Arena was the Bank of Kentucky Center back in 2008.

Sunday’s game is set for 2 p.m. and can be watched on ESPN+.