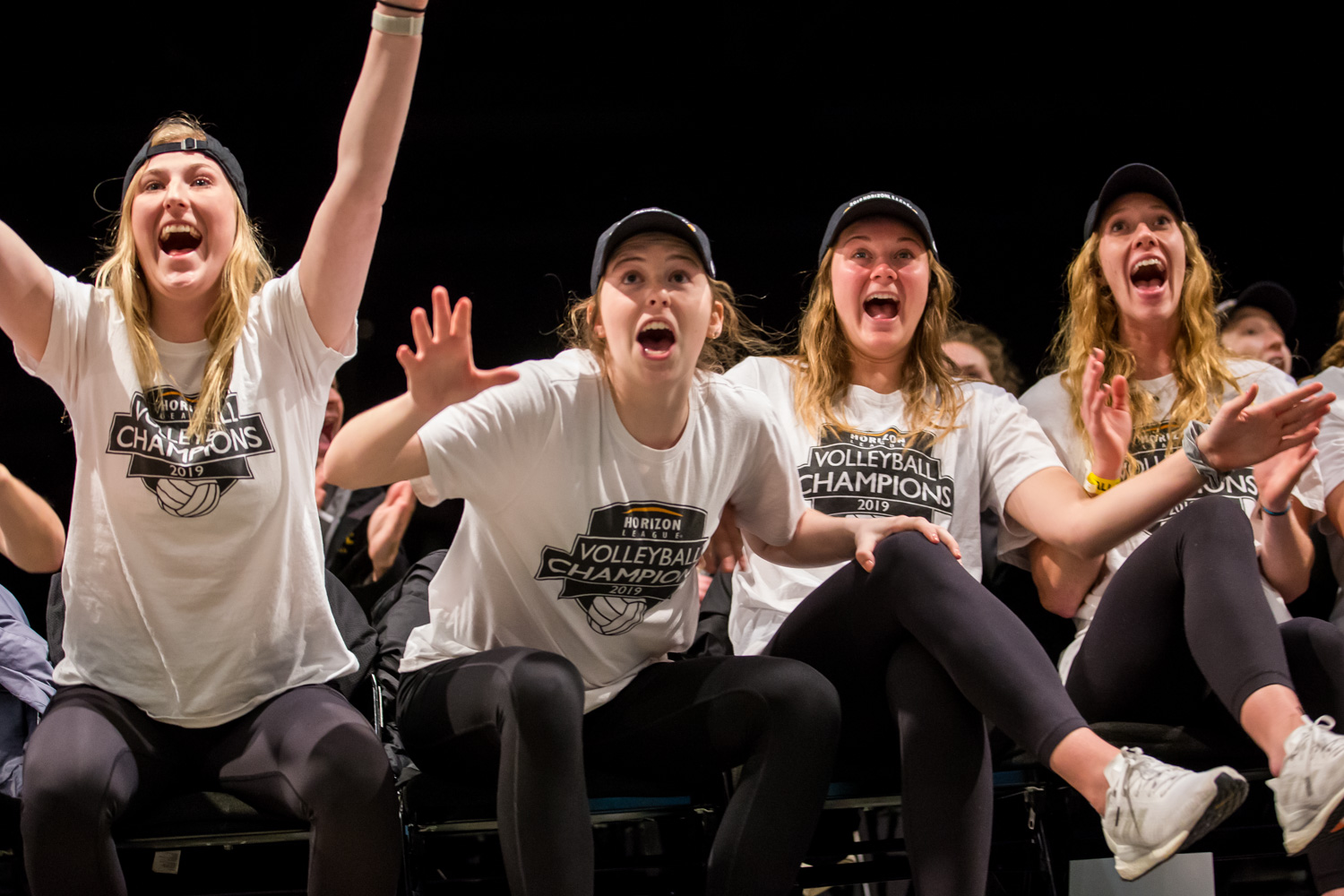 NKU Volleyball players react as their placement in the NCAA Tournament is revealed. The Norse will take on Michigan in Lexington at 5:00pm on Friday. (Colin Johnson)

NKU Volleyball players react as their placement in the NCAA Tournament is revealed. The Norse will take on Michigan in Lexington at 5:00pm on Friday.

‘Something we’ve been building upon’: NKU Volleyball faces Michigan in first round of NCAA Tournament 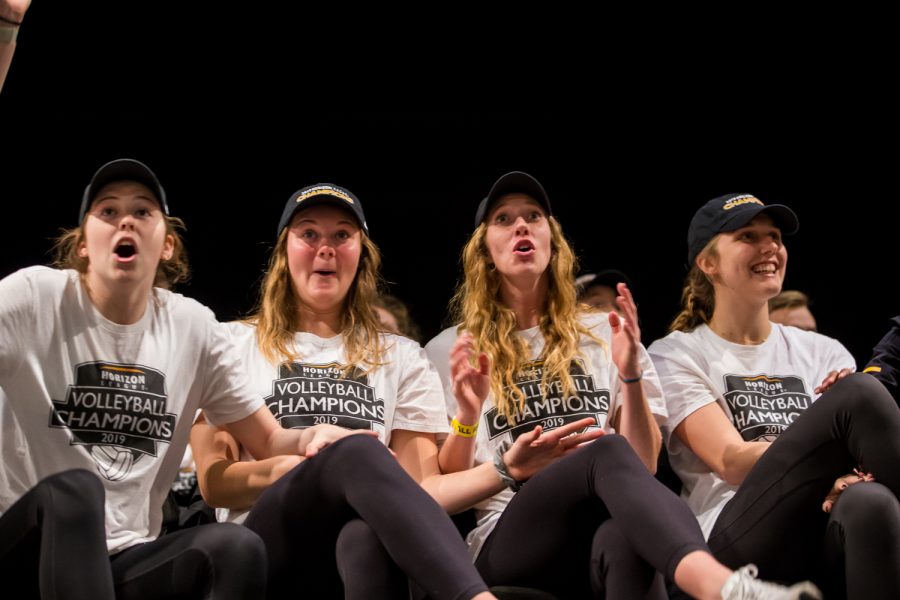 Gallery|5 Photos
Colin Johnson
NKU Volleyball players react as their placement in the NCAA Tournament is revealed. The Norse will take on Michigan in Lexington at 5:00pm on Friday.

After becoming champions of the Horizon League, the Norse are now set to dance with the University of Michigan Wolverines. NKU played Michigan back in the 2013 season. This tournament berth marks the 13th NCAA appearance for the Wolverines and NKU’s first.

“Very proud of where our program is, excited for our players,” Head Coach Liz Hart said. “But it’s been something that we’ve been building upon for many years and I think that our team put it together this year.”

The Norse feel focused and ready for the challenge Michigan will bring.

“I think our mentality in the gym was focused,” senior setter Shelby Olsen said. “Which is what we needed to be, unlike last year going into the NIVC. We came in, worked hard and we got better.”

In the video, the team seems to look at each other as if they predicted this moment. Coach Hart was confident about playing at the University of Kentucky, but who their opponent would be was still a question.

“We’ve been making predictions …” Hart said. “We have a player from Michigan. This was a big moment for her to be able to play Michigan.”

Senior outside hitter and Horizon League Championship MVP Laura Crawford said the team took in the moment of being conference champions and is now focusing on the possibility of what is ahead.

“It’s just really bittersweet,” Crawford said. “Seeing who we drew and kind of realizing we really have a good shot at winning, at least the first round, it’s very exciting to me.”

Bethany Gastright Flick, an NKU volleyball alumna who is no stranger to championships, attended the selection Sunday viewing party and enjoyed sharing the evening with the Norse.

“We got to see a Final Four and Elite Eight when I was here,” Flick said. “But what has happened to NKU volleyball over these last years is, it’s incredible.”

This moment is “very near and dear” to Flick’s heart because of the relationship she’s built with not only the team but Coach Hart. Flick was a former coach for a 17 and 18 year-old club volleyball team, which Hart was a part of. Hart later went on to also play at NKU, breaking Flicks’ kills record with a total of 1,850 in her career.

“I was pregnant with my first and got to walk out on the court and give her the volleyball after she broke my record, so it’s been real,” Flick said. “I’ve known Liz for a lot of years and it’s been really incredible watching her.”

The historic game is set for Friday, Dec. 6. Game time is 5 p.m. at Memorial Coliseum in Lexington. Tickets can be bought at UKathletics.com/NCAATickets.