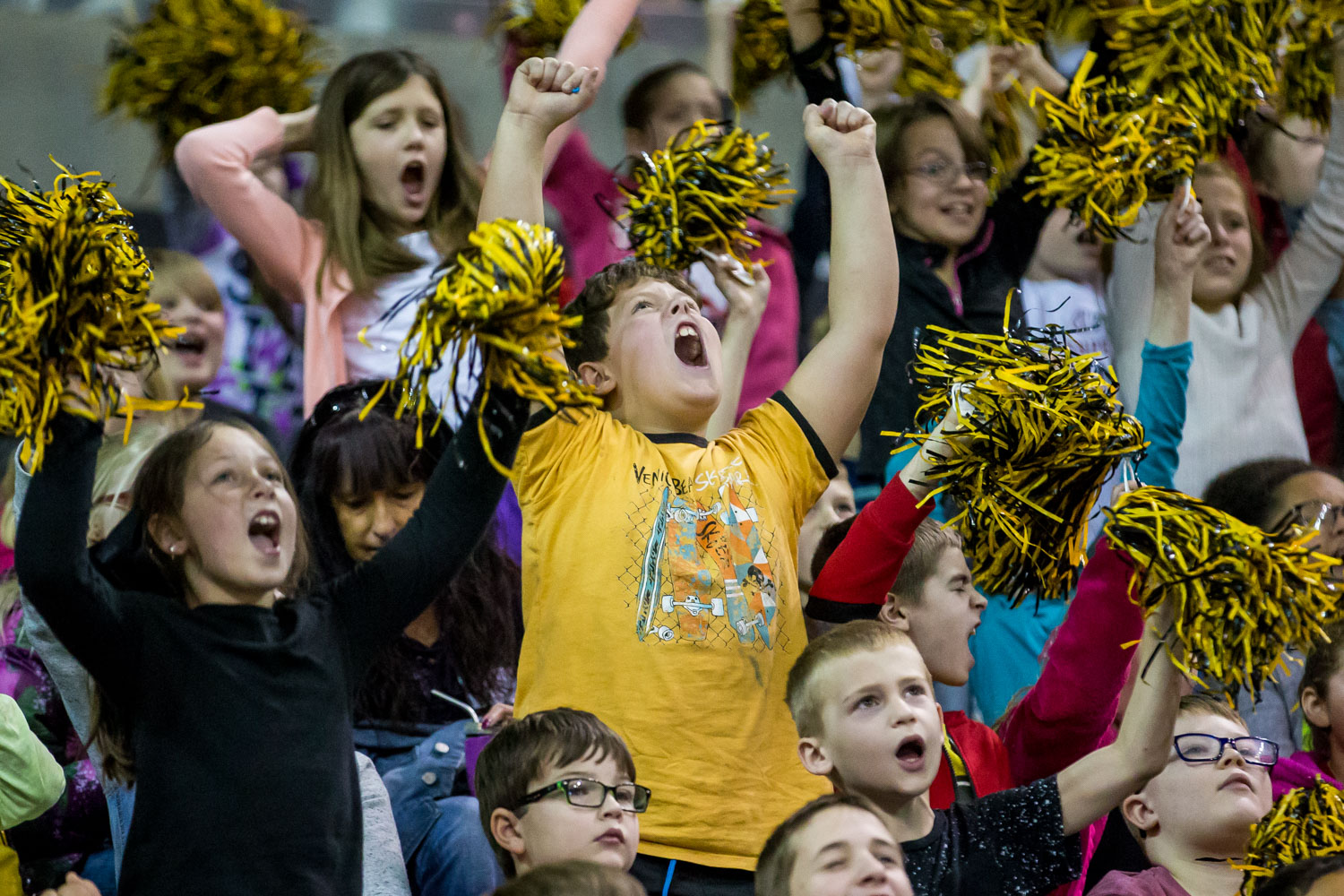 Children cheer during the Victor’s Hoops 4 Health event held during the Women’s Basketball game against the University of Central Arkansas. (Colin Johnson)

Children cheer during the Victor’s Hoops 4 Health event held during the Women’s Basketball game against the University of Central Arkansas. 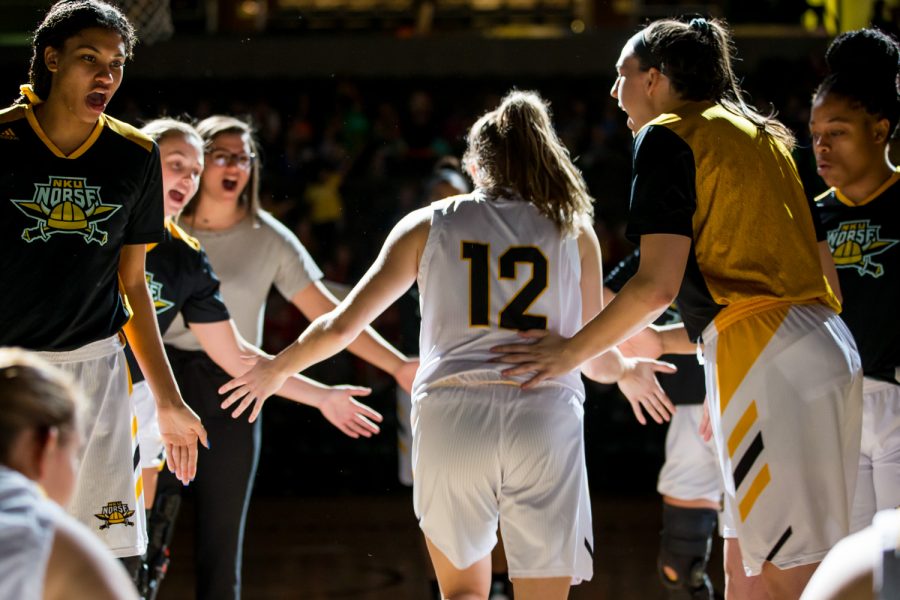 The Norse collected their second win Monday afternoon at BB&T Arena against the University of Central Arkansas Sugar Bears, 72-56. Three Norse scored in double digits during the game. Sophomore point guard Ally Niece led with 14 points and six rebounds, followed by freshman point guard Ivy Turner with 13 points, shooting 2-of-3 from behind the arc. Redshirt senior Molly Glick had 11 points with a trio of 3-point baskets.

The Norse took off on a 10-4 run to start the first four minutes of the first quarter. Niece hit back-to-back jumpers followed by a 3-point basket by Glick to put the Norse to a 17-6 lead. In the first quarter alone, the Norse shot 73 percent from the field. NKU continued to dominate for the rest of the game.

The second half of the game didn’t look any different from the first. Sophomore guard Taylor Clos and junior forward Grayson Rose each drained a 3-point basket to put the Norse up to a 21 point lead—the largest lead of the game. NKU continued to push the game out from the Sugar Bears.

With Glick’s 3-point performance, she is now third all-time in career triples for NKU at 159, tying Michelle Tuchfarber (1997-2001). Glick also has 973 career points and is inching toward joining the 1,000-point club.

The Norse have a two-game winning streak heading into their Florida International University Thanksgiving Classic. Their first match in the tournament is against Jacksonville State University on Friday, Nov. 29. The game is set for 2 p.m.