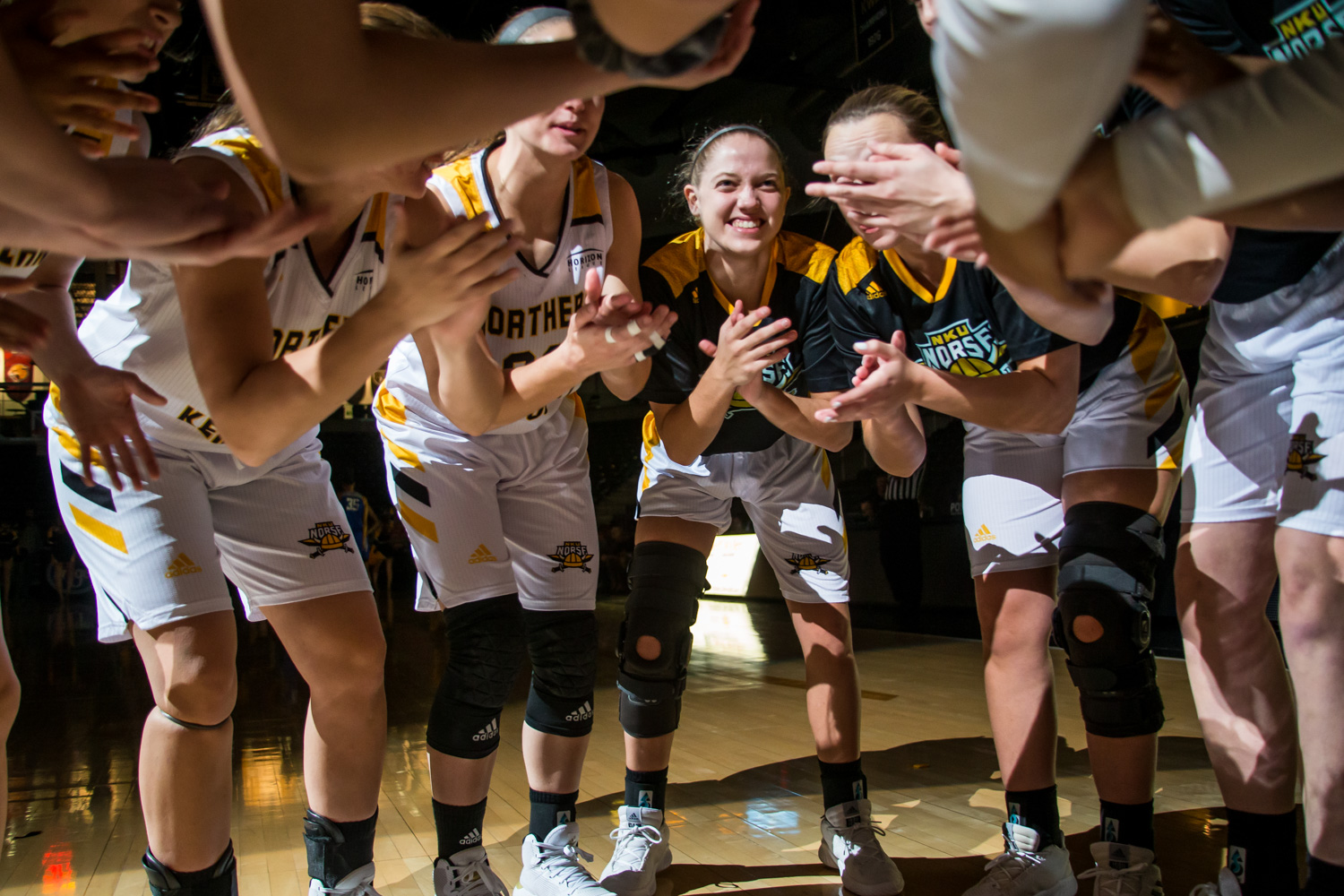 NKU players huddle before the game against Saint Louis University. The Norse fell 67-42 on the night. (Colin Johnson)

NKU players huddle before the game against Saint Louis University. The Norse fell 67-42 on the night. 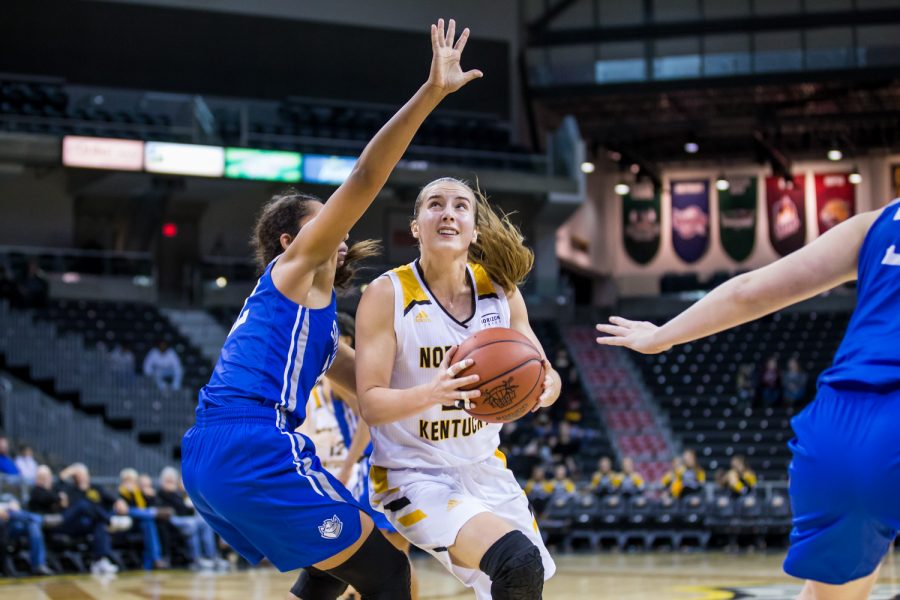 The Northern Kentucky women’s basketball team took on the Billikens from St. Louis University in their home opener on Tuesday night, but fell short in the end, losing 47-62.

The women’s team came out of the gate slow, and the Billikens began the game on a 12-0 run, forcing an early Norse timeout. NKU couldn’t get the lid off of the rim in the first quarter, where they shot 2 of 14 from the field and put up just six points, compared to the Billikens’ 7 of 16 shooting and 19 points.

The second quarter was a different story for the Norse, as they outscored St. Louis 17-12. The women’s team forced the Billikens to turn the ball over eight times in the second period, including three steals.

During the third period, the Norse found themselves in foul trouble as they committed eight personal fouls. St. Louis took advantage of these fouls as they converted on 9 of 11 chances at the free throw line.

“At the end of the day we have to defend without fouling, we can’t put them at the line that many times,” Assistant Coach Kayla Kleifgen said. “It really made us go to some different lineups that we’re not used to playing.”

Redshirt senior guard Molly Glick led the way for the Norse as she put up 10 points and hauled in seven rebounds. Junior forward Kailey Coffey grabbed eight rebounds and also put up eight points. Junior guard Grace White was the best shooter of the night for the Norse, shooting 80 percent on five shots and nine points..

With the loss, the women’s team falls to 0-2 on the season. Non-conference play continues for the women’s team as they travel to Nashville, Tennessee to take on the Bison of Lipscomb University. That game is scheduled to tip at 7:30 pm EST at Allen Arena, and will be broadcast on ESPN+.