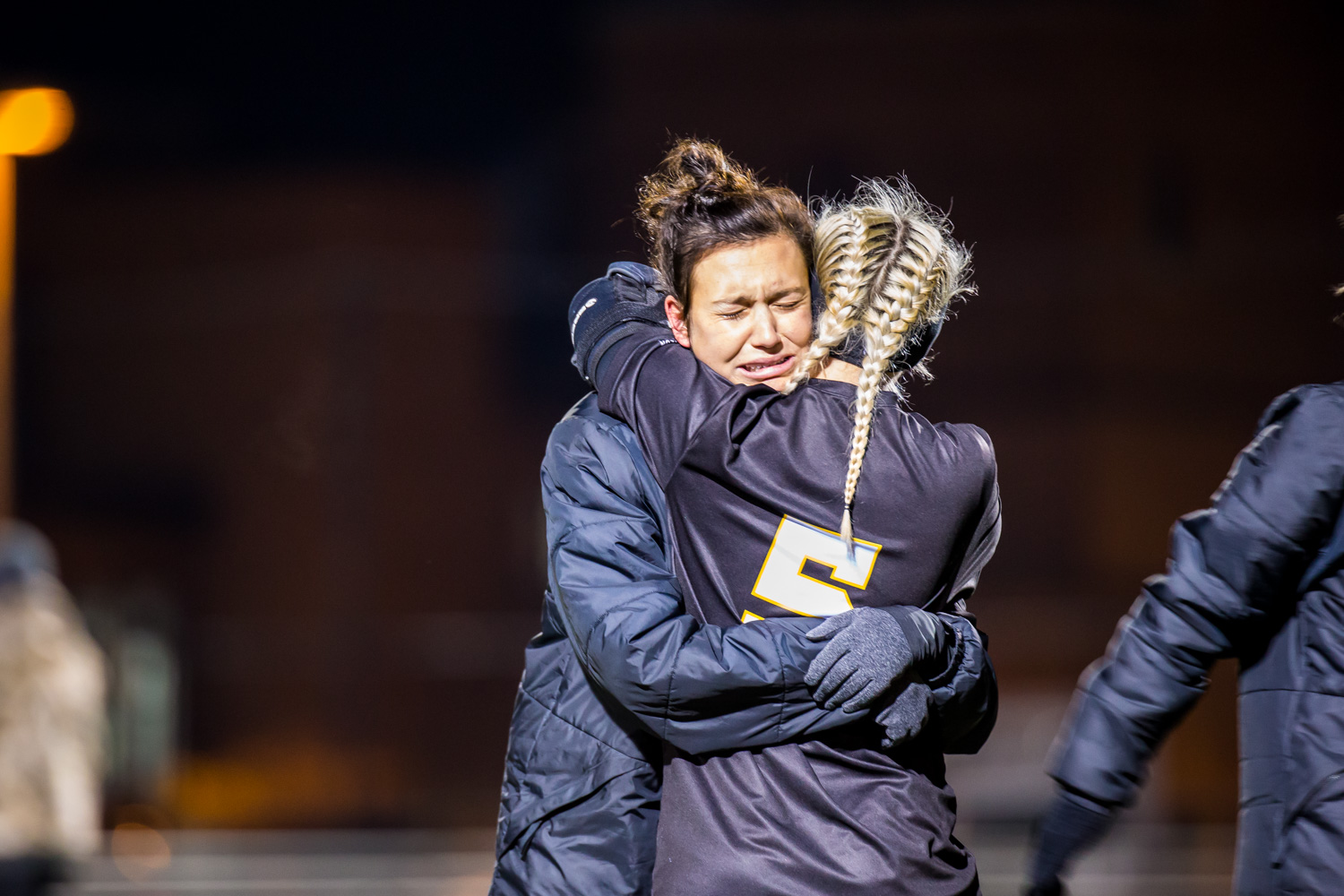 Senior Ally Perkins (6) is comforted by a teammate after the loss in the semifinal game of the Horizon League Tournament in Milwaukee, Wisconsin. The Norse fell in double overtime to the Flames 1-0. (Colin Johnson)

Senior Ally Perkins (6) is comforted by a teammate after the loss in the semifinal game of the Horizon League Tournament in Milwaukee, Wisconsin. The Norse fell in double overtime to the Flames 1-0. 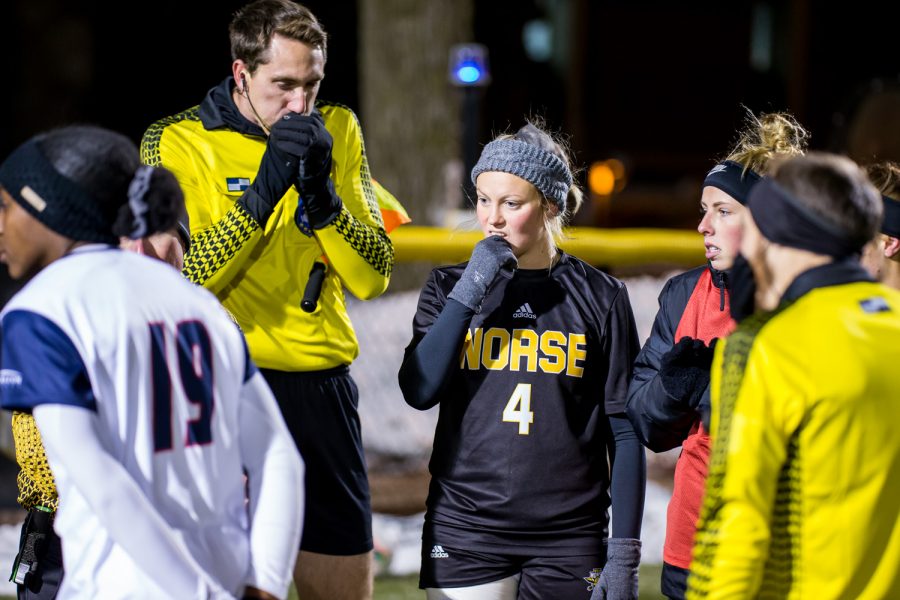 Gallery|15 Photos
Colin Johnson
Hannah Fischer (4) waits for the coin toss before the first overtime period during the semifinal game of the Horizon League Tournament against UIC. The Norse fell to UIC 1-0 in double overtime.

The Northern Kentucky women’s soccer team’s season ended in the Horizon League semifinals against No. 2 UIC, 1-0 on Saturday. The Norse end their season 9-9 overall and 5-4 in the conference. Over the season senior midfielder Shawna Zaken scored 13 goals, the most by a single Norse in NKU’s Division I era. Sophomore goalkeeper Mimi Stines finished the season with 97 saves and averaging 5.39 saves per match; both are the most ever by a NKU women’s soccer player in a season.

For the match, Stines only gave up one goal while making 11 saves on the 26 shots she faced. Sophomore forward Kiley Keehan tried a shot within the 14th minute of the game. In the second half, Zaken, freshman forward Lindsey Meyer and sophomore defender Chloe Mills all tried their hand at a shot, but couldn’t get the ball into the net.

“Our team worked so hard tonight and throughout the season,” Head Coach Bob Sheehan said in a press release. “We made massive strides this year. Our seniors Shawna, Hannah, Ally, Jen [Farwell] and Julia [Tout] have all put their stamp on the program and all have made incredible contributions in their own special ways. We thank each of the seniors for sharing their unique talents with us. We also thank their parents for all of their support over the years.”

The Milwaukee Panthers and UIC Flames went on to battle in the championship game with the Panthers placing first. NKU finished the tournament fifth overall. Zaken and junior midfielder Kailey Ivins were both named to the Horizon League All-Tournament Team.