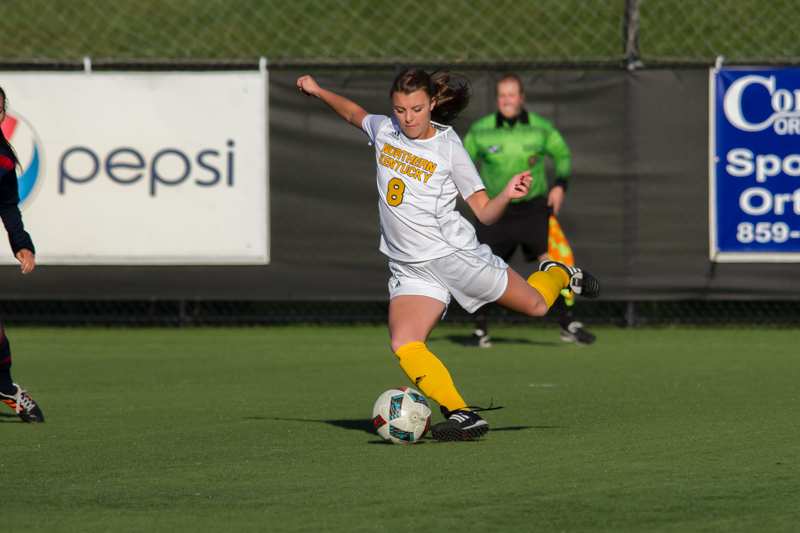 This season alone, Zaken has been the reason the Norse are fighting for a playoff position, netting  25 points with 11 goals and three assists so far. In her career, she’s achieved 23 goals, 12 assists and 58 points. In 2016, Zaken was named to the Horizon League All-Tournament Team. That same year, Zaken scored the game winner in the Horizon League tournament championship game against the Milwaukee Panthers, giving the team their first trip to the NCAA tournament.

“We congratulate Shawna on earning these prestigious awards as selected by the Horizon League coaches,” head coach Bob Sheehan said in a press release. “Shawna has put in the necessary time and effort to become an exceptional player in the Horizon League. Shawna has been a joy to coach and has been a tremendous role model on the soccer field, in the classroom and in the community in her time here.”

Zaken was also named to the All-Horizon League First Team in 2018, where she started all 17 games and scored six times.

Freshman midfielder/defender Megan Sullivan was named to the Horizon League All-Freshman Team. Sullivan has contributed six points this season, with six assists, and has started all 16 games this year for the Norse.

“Congratulations to Megan Sullivan,” Sheehan said in press release. “Megan is extremely athletic and fit and established herself in a short time as a player who will compete and excel. She has embraced numerous positions throughout the season as she is an exceptionally versatile and gifted player. Megan is very coachable and we are very proud of Megan on earning this prestigious award.”

The Norse will play the No. 4 seed Wright State in the Horizon League Quarterfinals on Monday, Nov. 4. The game will be played at 7 p.m. at Alumni Field at Rinzler Student Sports Complex in Dayton, OH, and will be broadcast on ESPN+.