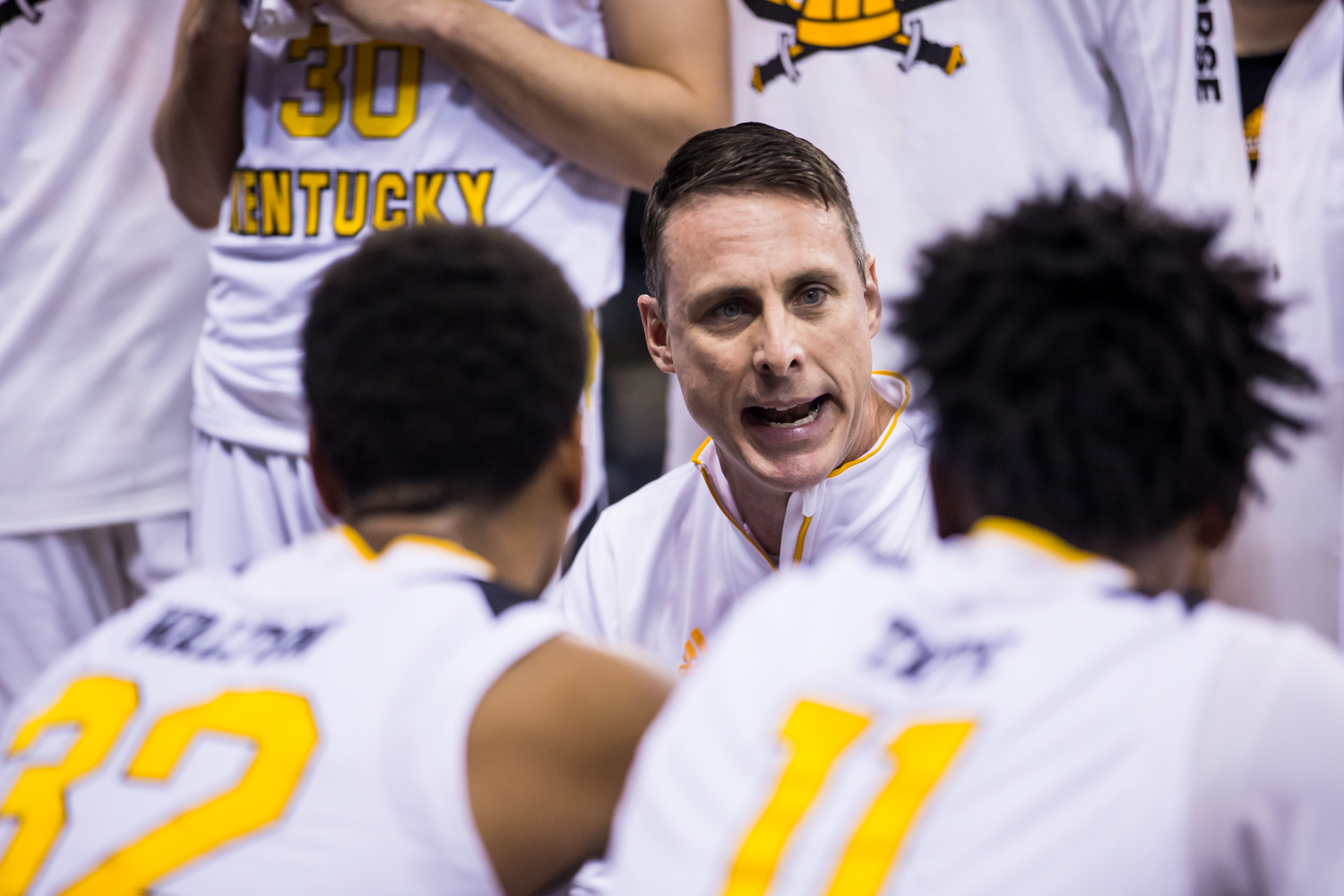 Men’s Basketball Head Coach Darrin Horn talks to the team during a timeout in the game against Transylvania. The Norse defeated Transylvania 71-45 in the exhibition game on Wednesday night. (Colin Johnson) 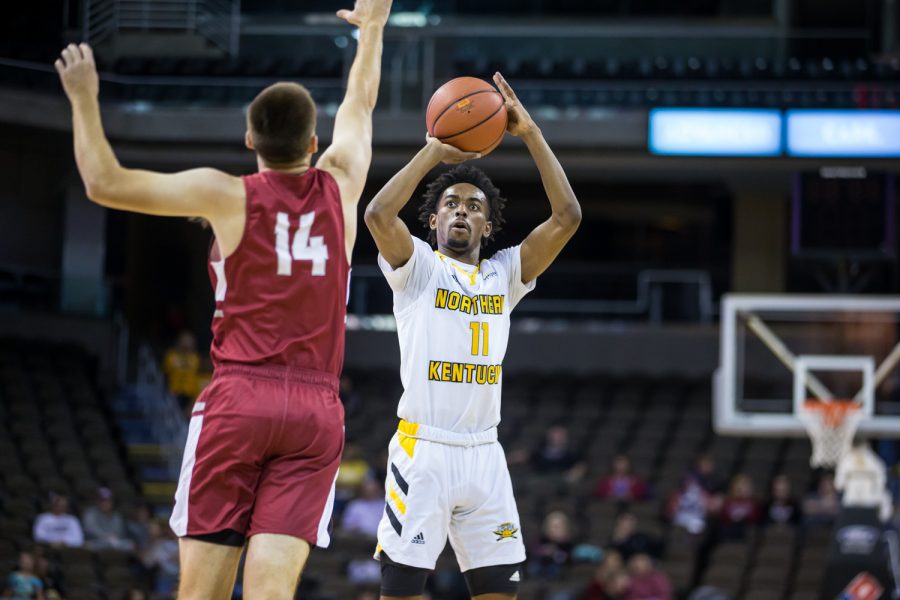 Gallery|8 Photos
Colin Johnson
Jalen Tate (11) shoots during the game against Transylvania. Tate led the team with 22 points on the game and shot 7-of-10 on the night and went 2-of-3 from three.

The first play of the game Tate was fouled going for a layup. He followed up by sinking both free throws starting the game 2-0. It took the Norse a moment to find their footing. NKU went on a 7-0 run starting in the 17th minute of the half.

“First game back in a while, you know coming off the injury and stuff like that just wanted to come out, be loose,” Tate said. “First game so a little jittery at first, but see what I see out there on the court for the first time actually with the lights on and the crowd out here.”

NKU then gained another run of 10-0. Sophomore wing Bryant Mocaby deflected the ball from Transylvania and passed it ahead to sophomore guard Trevon Faulkner who finished with a one-handed dunk to bring the Norse up 23-12, during that run. The Norse go into the half up 41-25.

“I thought offensively we weren’t moving the ball well. One of the things this team does really well is share the basketball, make the extra pass and we weren’t doing a lot of that,” Head Coach Darrin Horn said.

After halftime, Faulkner opened up with a three-point bucket. The Norse continue to dominate the game with deflections. With 9:55 left in the game, Walton hit a three pointer uncontested to bring the score to 56-38.

“Throughout the season last year, I got into a little shooting slump,” Walton said. “I started off slow again early in the game, but I can’t complain. My teammates got me open and I was able to make open shots.”

NKU forced 22 turnovers which led to 31 points. The Norse forced 15 steals on the night while the Pioneers only had nine. As a team, the Norse shot 41.7 percent from the field and held Transy to 35.7 percent. The Norse outrebounded the Pioneers by a narrow margin, 40-38

“It’s great to get out tonight—play under the lights in front of some people. I thought we did some really good things,” Horn said. “But like any early season game you’re probably thinking there’s a lot that you can work on as well. Probably what sticks out the most is rebounding, the basketball. We knew that coming into the game.”

The Norse will begin the regular season against UC Clermont Tuesday, Nov. 5. Tip off will begin at 7 p.m. the game will be broadcast on ESPN3.