Men’s soccer preview: ‘Get to the playoffs, everything else is extra’ 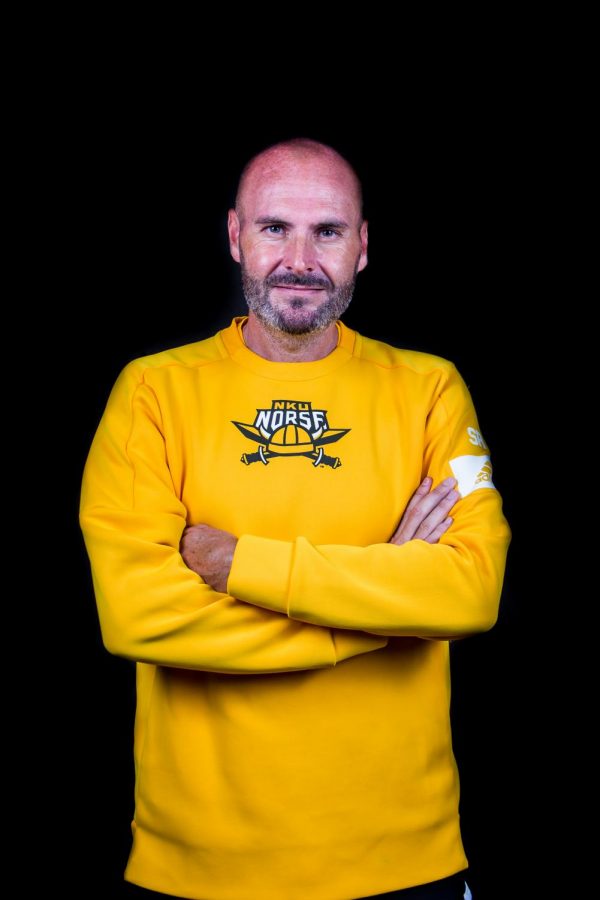 After a 10-win season in 2018, and a successful preseason record of one win and one tie to #8 University of Kentucky, the Norse are continuing to build. Their first game of the regular season was on the road against Grand Canyon University; that game ended 3-0 in Grand Canyon’s favor.

“We had a really solid spring where we got some great results at the end,” Head Coach Stu Riddle said. “And we’ve continued that momentum now through preseason. So, I think we’re all cautiously optimistic of what lies ahead for us.”

The Norse are ranked sixth in the Horizon League preseason poll after Milwaukee, with Wright State picked as the favorite.

“In the conference, I think [University of Illinois at Chicago] are always strong,” junior defender Harvey Moyes said. “Wright State were obviously good last year, they won the regular season. Those are two we’ll look at and especially Wright State, you know, we played them here last year.”

Some tough nonconference play has been added to the Norse schedule in order to get the team prepared to make a run in the Horizon League. Facing the #4 ranked team in the Missouri Valley Conference, Bradley; the #4 ranked in the Atlantic 10 Conference, University of Dayton; and #5 in the Atlantic Coast Conference as well as #14 in the United Soccer Coaches preseason poll, the University of Louisville, should suffice in preparing the Norse for a Horizon League drive.

“Niagara won’t be easy,” Riddle said. “And then you’ve got the likes of Louisville away, and home games to Bradley and Oral Roberts, which should be challenging as well. So, we’re really excited about all of them.”

The men’s soccer players are excited to face top teams in other conferences if it means being ready for conference.

“I think our sole focus of the team is get into the playoffs, you know, everything else is just extra, we have to do well in conference,” Moyes said.

Sophomore Alex Willis is an aggressive forward who made a name for himself within the Horizon League last year. Scoring 16 goals within 17 games is an incredible feat for any player, and he looks to capitalize on the opportunity this season.

“For me, it’d be to probably replicate what I did last season and hopefully go on better,” Willis said. “We’ve got 18 games this regular season. I want to score 18 goals, just one to one and that’s just me being a forward. That’s my main goal because it’s my job to try and score.”

The new additions are players to watch, as well. Goalkeeper Baj Maan has proven to be a great addition to the team, as well as midfielder Ali Zohar. Senior midfielder Connor Probert is key for the Norse too.

“We have opportunities all over the pitch. I fancy going up against anyone with who we have,” Moyes said.

Since 2016, Riddle has been at the helm of this team and has been able to change the soccer team like night and day, Moyes said. Moyes has been with the Norse since their record was 1-13-4 in the 2016 season, but he understood how great the team could be.

“The first year one of our first [exhibition] game[s] we beat UK and we all started to believe this is something special,” Moyes said. “The next year we added Alex and a few guys to become more offensive. Now this year, I feel that we’ve found that balance.”

The Norse will continue to find their balance when they clash with the Niagara University Purple Eagles on Friday, Sept. 6. The ball drops at 7 p.m.