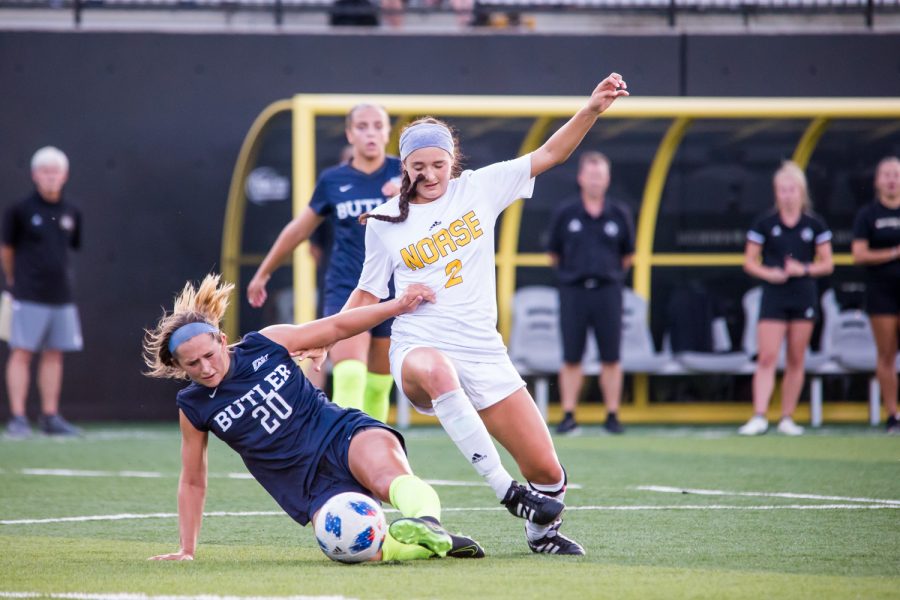 Gallery|9 Photos
Colin Johnson
Kiley Keehann (2) fights for control of a ball during the game against Butler. The Norse fell to Butler 2-1.