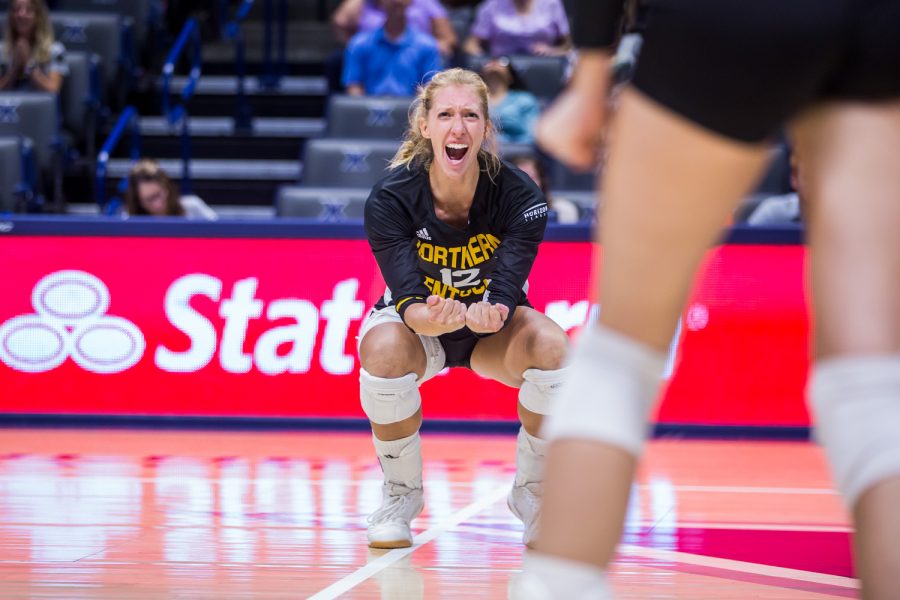 Gallery|9 Photos
Colin Johnson
Laura Crawford (12) cheers after a point for the Norse during the game against Xavier. The Norse won 3 of 4 sets on the game and defeated Xavier.

NKU Volleyball took down Xavier Musketeers 3-1 (22-25, 25-17, 27-25, 25-23) on Saturday afternoon. Their last meeting was in 2018, where Xavier took the scrimmage 3-2. The teams have a total of 19 match ups and their last six meetings Xavier took down the Norse. The Musketeers are ranked ninth in the Big East preseason coaches poll.

The Norse finished second in the Horizon League against the Green Bay Phoenix and haven’t lost many players from last years roster. This win against Xavier sets the Norse up for a powerful season in the league. The team begins their regular season on the road in the Purdue Fort Wayne Invitational starting Friday, August 30.