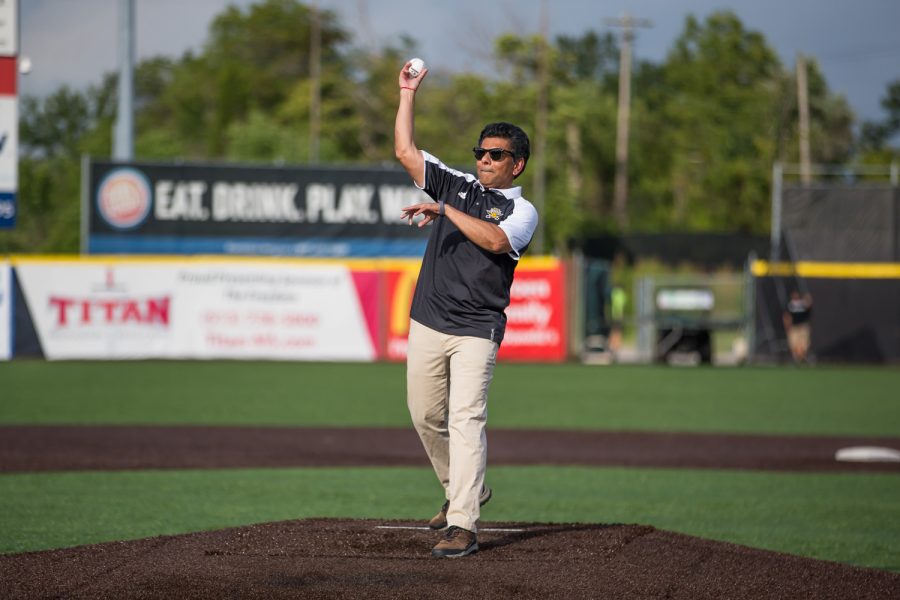 Gallery|11 Photos
Colin Johnson
NKU President Ashish Vaidya throws out a first pitch at the Florence Freedom baseball game prior to the game on NKU Night.

NKU fans, faculty and students took over UC Health Stadium, home of the Florence Freedom for a special “NKU night.” Alumni and students alike took the opportunity to connect over baseball. Hannah Siefert, part of the NKU Young Alumni Association, works at the stadium. Siefert was an integral part in making the night happen.

The evening started off with a pitch from Men’s Basketball Head Coach Darrin Horn, followed by NKU President Ashish Vaidya. Coach Horn felt as if Vaidya “showed him up” a bit.

“I had a hose back in the day,” Horn said. “I just hope that I still get called up for the Reds’ first pitch on the 7th.”

Not only were there fun NKU themed games between innings, NKU Alumni Association set up a table with a raffle for NKU swag. After the second inning, everyone with an online voucher received their free bobblehead of President Vaidya.