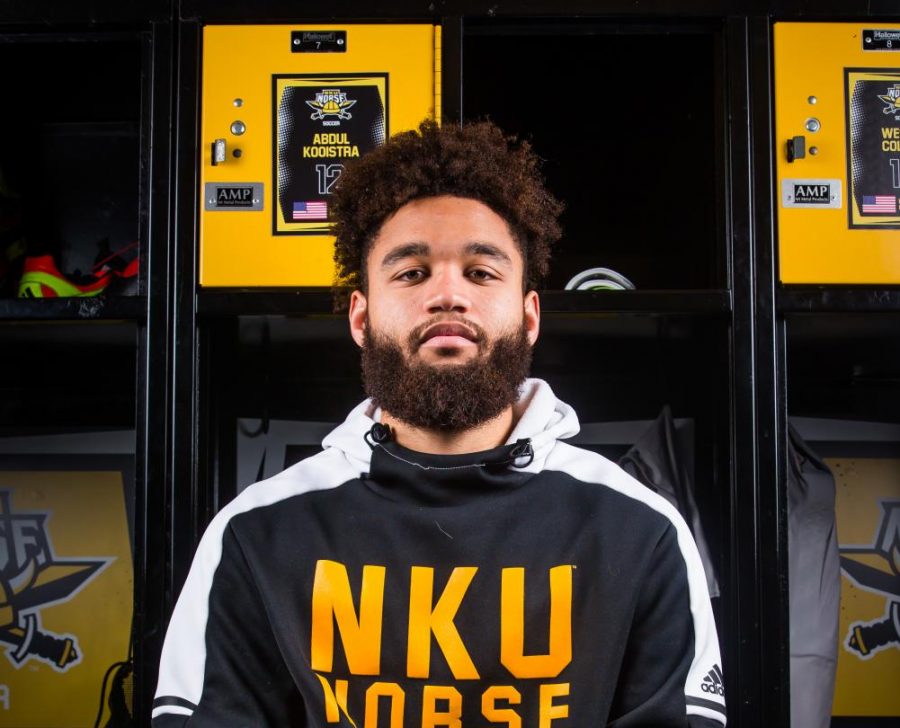 Abdul Kooistra is a redshirt senior defender on NKU’s men’s soccer team, who hails from Madison, Wisconsin. Kooistra studies communications and is seeking a minor in marketing. Kooistra has played soccer for as long as he can remember and has always strived to play at a high level.

“Playing collegiate soccer was something when I was really young, I always wanted to do and I guess at a young age, I was just striving for it,” Kooistra said. “It was just something I always expected.”

Kooistra came to NKU in 2017 from the University of Wisconsin to “make something good.”

“It was a new coaching staff then, so Stu [Riddle] just got the job and then with Blair [Stevenson]. So, I believed in what they were saying and what they were doing, so I decided I wanted to join it and make something good.”

Outside of soccer, Kooistra is a part of the Student Athlete Advisory Committee, a committee that’s dedicated to making a student athlete’s life better—ranging from decisions that affect NKU’s campus to legislation that affects the NCAA as a whole.

Kooistra’s free time consists of relaxing and the occasional FIFA match, as well as keeping up with music and fashion.

“I’m more into hip-hop culture and rap,” Kooistra said. “I guess it kind of ties hand in hand. A lot of hip hop artists are really into fashion, and going to a lot of fashion shows and like traveling to Paris and other places. So, kind of following those rappers and seeing where they’re going and looking at the brands they look at.”

Black History Month holds significance to Kooistra because in school, there isn’t much of a chance to learn much about Black history until February rolls around.

“It’s a time to learn a little bit more about my culture, myself and learn about the big influential Black people that aren’t spoke about as much as they should be.”