When Norse score 80, you score pizza 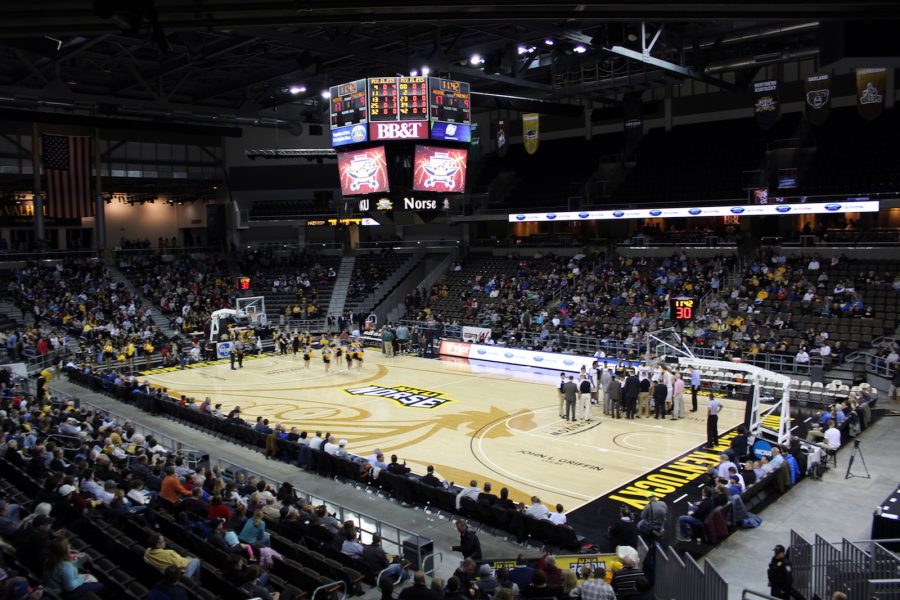 As the men’s basketball season starts back up, the much-loved Domino’s promotion has returned.

If the Norse score 80 points, fans can take their ticket to local Domino’s locations where they can redeem it to purchase a medium pizza for $1.

“I love the dollar pizza promotion,” O’Bryan said. “Who doesn’t love a $1 pizza?”

Sophomore nursing major Skylar Deaton said that the possibility of cheap pizza is “probably” a big reason she attends games.

“The pizza promotion makes me stay until the final score, especially when there’s not a big crowd,” Deaton said.

Dewane Blount, senior business management major, said the promotion is “definitely one of the reasons” he attends games, before sharing his dislike for the newer promotion.

“Now that they changed it, it definitely makes me second-guess if I’m coming to the game or not,” Blount said. “If it was still free, I’m always coming. But now, I gotta evaluate whether I really wanna pay a dollar or not. That’s probably why a lot of students aren’t here tonight.”

Matt Ianni, senior marketing major and pitcher for NKU’s men’s baseball team, talked about why the promotion doesn’t affect him.

“I’m actually allergic to pizza, but if I wasn’t, I’d love the deal. All my teammates love it, I know that for sure,” Ianni said.

Abby Skerbetz, freshman nursing student, said the $1 pizza deal “doesn’t matter” to her, because “I’d come [to the game] regardless.”

Kyle Mastin, freshman communications major, said he comes to games knowing that the possibility of a $1 pizza is always possible.

“When we’re playing a team that’s not that good, I come, cause 80 points basically means I get some free pizza,” Mastin said.

While it’s not the free deal it once was, students seem to be attracted to the prospect of attending NKU basketball games if it means they get a shot at a $1 medium pizza.